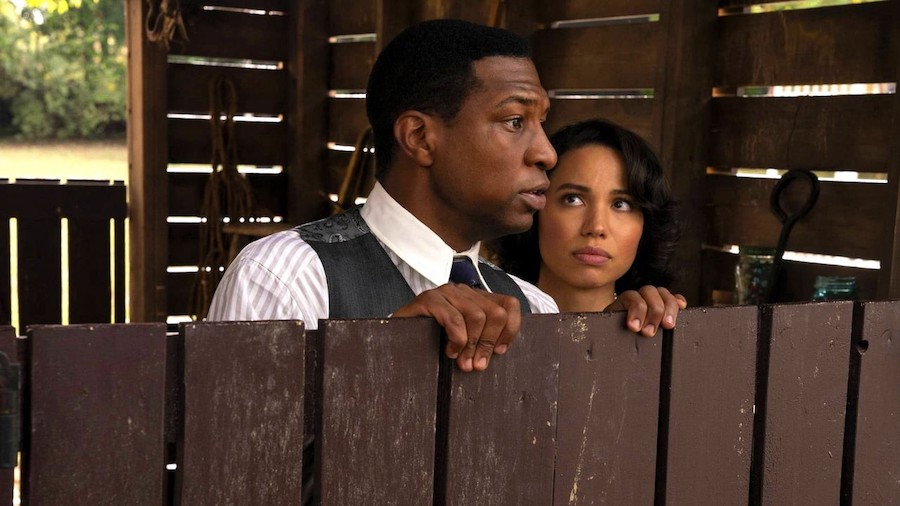 ‘Lovecraft Country’ has had a grand run, in which it has mixed fictional horror with the real one. The show uses racial commentary to pack a punch in the storylines of every episode, and in its ninth and penultimate episode, it uses time travel (something it had promised in one of the early episodes) to revisit a horrific event. The ending leaves things on uncertain terms for the characters. Here’s what it means. SPOILERS AHEAD 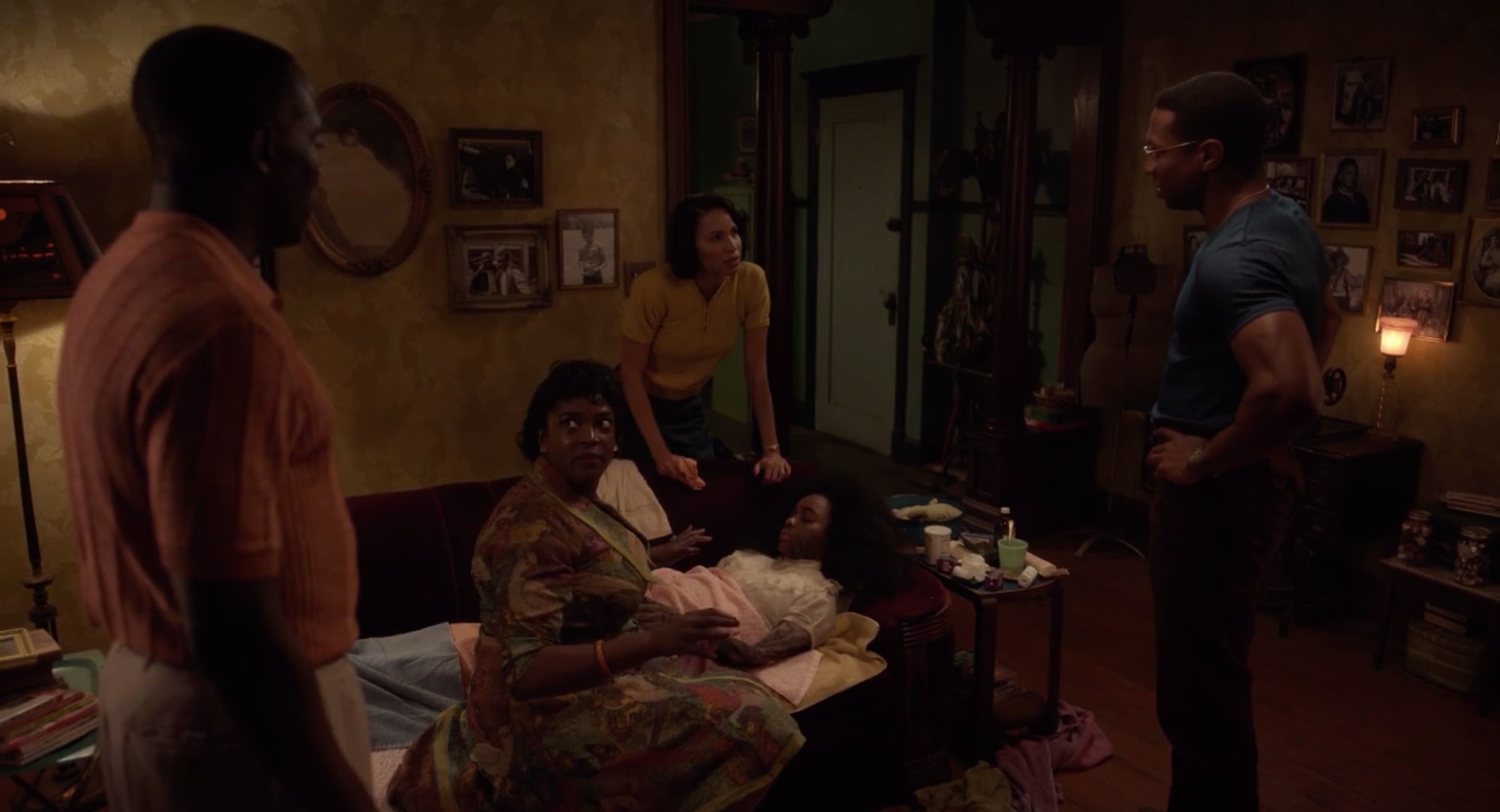 With Dee under the curse placed by Lancaster, the adults around her try to come up with some way to save her. The only logical thing to do is to call Christina, who knows her magic. But there is a price to be paid. At Ruby’s behest, Christina shows up to save Dee and uses the opportunity to ask Tic to willingly show up in Ardham at the autumnal equinox. She tells them that she can’t completely break the curse without the Book of Names, but she can reverse it enough to keep Dee alive for a little longer.

Meanwhile, she also pays a visit to Lancaster in the skin of William. It turns out that the stone that she had asked Ruby to place in Lancaster’s office was meant to catch the captain at his most vulnerable. Because Lancaster couldn’t get an invulnerability spell, he had to make do with the regeneration spell. Every time his body was damaged enough to kill him, he would replace it with the torso of someone else (a black person being the choice for sacrifice), and regenerate himself. With the stone, Christina turned his gift of regeneration into a curse, which means that Lancaster can’t recuperate from his wounds this time, and is dead for good.
Back at the house, Montrose tells Tic that he might be George’s son which creates a new chasm between them. Before they can properly fight about it, Hippolyta shows up. Christina uses her blood to restore Dee, and then Hippolyta decides to go back to the observatory to use the machine to go back in time and retrieve the Book of Names to get rid of the curse entirely. 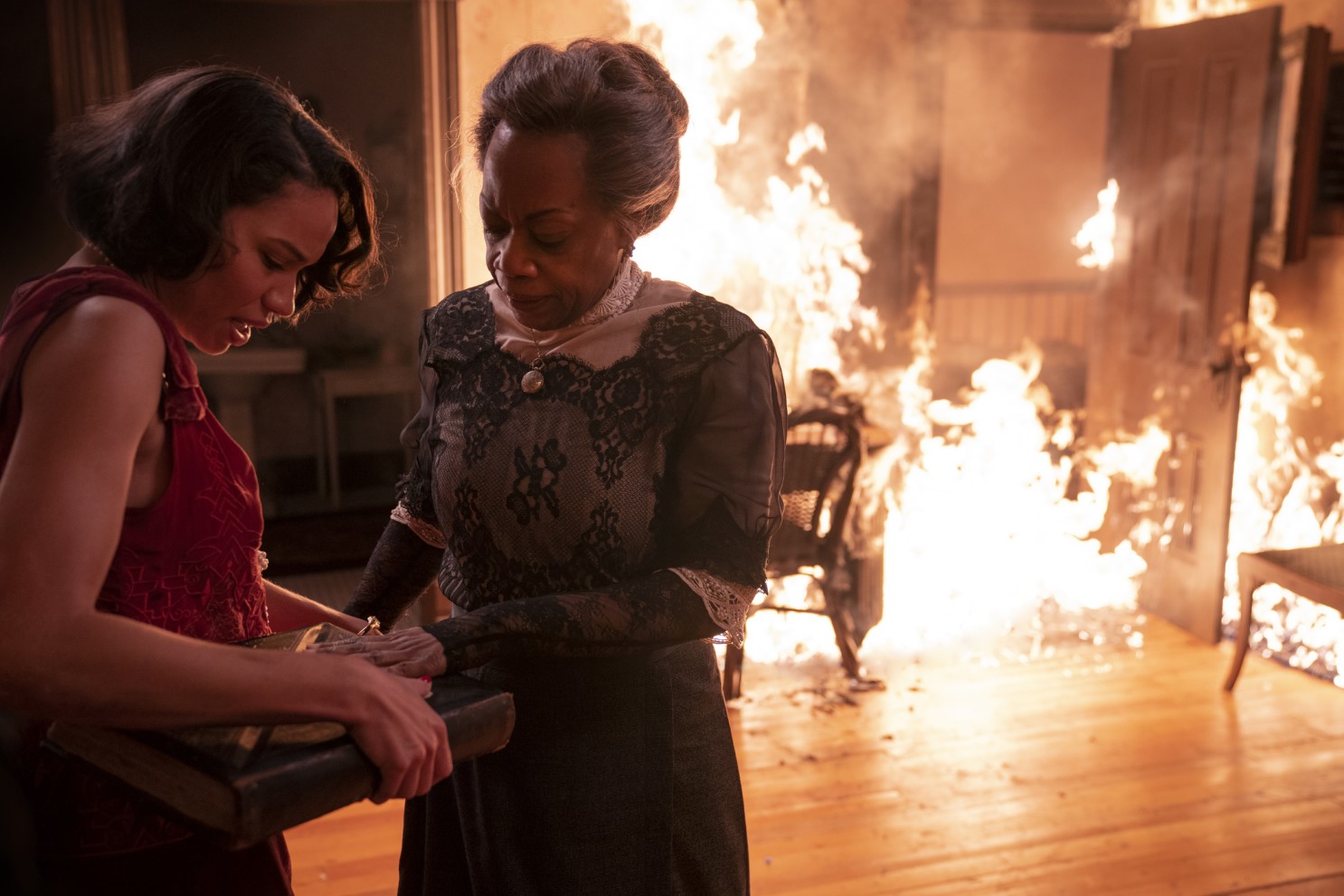 From the time we were introduced to magic in ‘Lovecraft Country’, the elusive Book of Names has kept all the characters on edge. It was known that Atticus’s ancestor Hannah took it with her after the fire at Ardham. Efforts were made by a lot of people to retrieve it, but it all came to a halt when it was revealed that the book had burned down in the 1921 Tulsa massacre in which Atticus’s mother, Dora, lost her family. With the final episode right around the corner, the show ties up the loose end of the Book of Names and shows us exactly what happened to it back then. It also brings the story one step closer to the ending as Christina Braithwhite will now have everything that she needed to finish her spell. The ninth episode brings the story around a circle by throwing Tic, Leti, and Montrose in the past.

While the trio decides to keep their interaction limited so that they don’t affect the course of events, they don’t realize that they have already done that. Things are happening just as they were supposed to be. The trio was destined to go back in time because if they hadn’t, the Book of Names would have surely burned down and Montrose, Dora, and George would have probably died that night too. Tasked with the responsibility of getting the Book, Leti finds herself at Dora’s house, trying to keep herself sane with the knowledge that the people around her are going to die within the next couple of hours. Though she tries to blend in, her shoes make her stand out and Nana Hattie suspects that she is up to something else. Eventually, Leti tells her about the future and why they need the Book of Names. Nana gives her the Book, and as the house and everyone else burns down around her, Leti stays with her in her final moments.

Finally, she walks down the street with the Book in her hands, while the city burns. This scene also ties up with the dreams of Hannah. Ever since their return from Ardham, Atticus had been having dreams about Hannah running out of the Ardham fire with the Book of Names. Leti had the same dream, but instead of the book, she saw herself mirroring Hannah’s pregnancy. She later found out that she really was pregnant. The scene where she walks down the street serves as a callback to Hannah’s story, with things happening similarly for both women. It also makes us wonder how Tic’s dreams will line up with his ancestor’s escape from Ardham.

While Leti fulfills her mission, Tic runs after Montrose, believing that the latter will try to save George. But it turns out that Montrose has another regretful act lined up in the long list of sacrifices he made to be Tic’s father. Tic grew up listening to the story of the night of the massacre and how Montrose, George, and Dora were saved by a mysterious stranger. What he never heard about was Montrose’s meeting with a boy named Thomas. After getting beat up by his father, Montrose decided to cut ties to anything that would have him perceived as soft. His friendship with Thomas was one of those things and that night he met with him to break up things between them. But just after he had expressed his thoughts, a bunch of white boys showed up and attacked them. They killed Thomas, and Montrose would have been next had George and Dora not showed up in time. However, the three of them were no match to the bunch who were armed with the intent to kill.

This is when the mysterious stranger showed up to save them. As Tic and Montrose wait for that Jackie Robinson-like savior to show up, they come to a startling realization: the strange is Tic himself. As he saves the young trio, we realize that the time travel was always supposed to happen. This was a loop that they couldn’t find a way around. Finally, Tic and Montrose return to the portal, only to find it wavering. Tic jumps to the other side to encourage Hippolyta to keep the portal open, and as she gives all of her energy, her hair takes a blue color, turning her into Orinthya Blue, the character that her daughter had based on her. She keeps the portal open, allowing Montrose and Leti to come back to their timeline, their mission fulfilled.