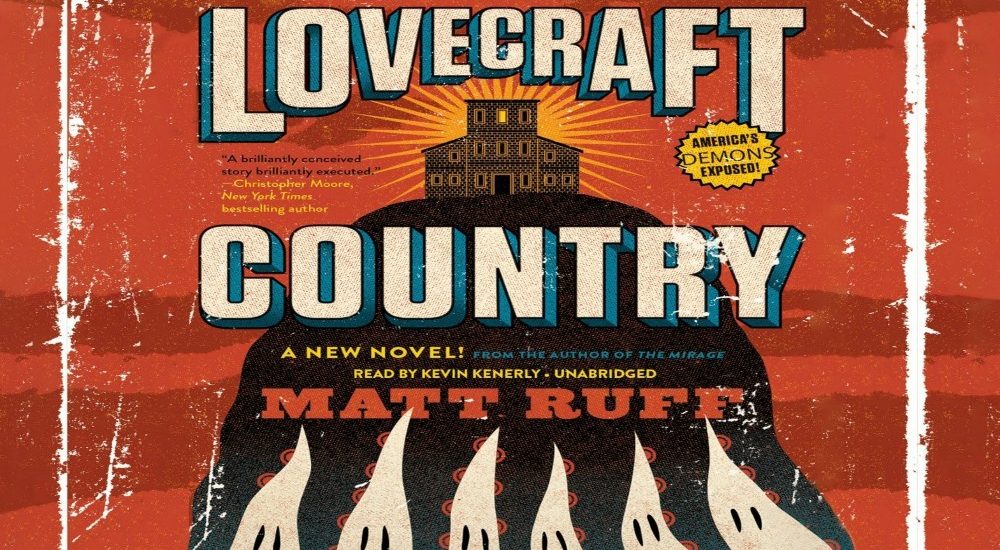 ‘Lovecraft Country’ is an upcoming horror drama television show that is based on the novel of the same name by Matt Ruff, the famous American author who has written numerous books, but became known for works like ‘Fool on the Hill’, ‘Bad Monkeys’, and ‘The Mirage’. It is this magic alone that forced HBO to announce the adaptation of ‘Lovecraft Country’ into a TV series.

The series is spearheaded by some big names including J.J. Abrams of ‘Cloverfield‘ and ‘Armageddon’ fame, and Jordan Peele, who was caught saying, “I wanna stay in the genre. While I was developing [Get Out] I was also simultaneously developing four other projects that I call social thrillers. Each one is meant to deal with a different human demon; a different monster that sort of lurks underneath the way that we interact with one another as human beings”.

This show portrays a true picture of racism that was rampant in America in the 1950s as it follows a young African-American who travels in search of his missing father. The involvement of Peele comes as no surprise, especially since he has made his stance mighty clear with his latest film ‘Us‘. With him as an executive producer, we can expect that the show will smartly interweave elements of horror with those of social issues, and bring out the fact that sometimes the real monsters are the ones that lurk inside us.

Lovecraft Country Cast: Who is in it?

The main cast of ‘Lovecraft Country’ is led by Jonathan Majors as Atticus Black, a veteran of the Korean war, who goes in search of his estranged father who seems to have disappeared. He is accompanied by his feisty friend, Letitia “Leti” Dandridge, played by Jurnee Smollett-Bell. Wunmi Mosaku plays the role of Ruby Dandridge, Leti’s half-sister, who is a hustler. Aunjanue Ellis appears as Hippolyta Black, the aunt of Atticus, who happens to be a stargazer with an interest in going on adventures. Michael Kenneth Williams plays Montrose Freeman, Atticus’ hard headed and secretive father who goes missing looking for a family secret. Abbey Lee plays the role of Christina Braithwhite, who is the sole daughter of the leader of the ‘Sons of Adam’, which is a secret order.

Among the recurring characters is George Black, the uncle of Atticus, who is warm-hearted and funny. The well-read man happens to be the publisher of the fictional The Safe Negro Travel Guide, which is based on the real-life ‘Green Book‘. Courtney B. Vance of ‘The Hunt for Red October‘ and ‘Law & Order: Criminal Intent‘ fame, plays this role. Jamie Harris appears as Eustace Hunt, the county sheriff, while Jamie Chung plays the role of Ji-Ah, a nursing student who appears to be naive but is actually more than what she seems. Jordan Patrick Smith appears as William, henchman, and lover to Christina Braithwhite.

Recently Lee replaced Elizabeth Debicki of ‘The Great Gatsby‘ and ‘The Night Manager‘ fame, so we will keep you updated if there are any more changes in the cast along the way.

Read More in TV Preview: Splitting Up Together | Westworld

Lovecraft Country Plot: What is it about?

The plot of ‘Lovecraft Country’ follows “Atticus Black as he joins up with his friend Letitia and his Uncle George to embark on a road trip across 1950s Jim Crow America in search of his missing father. This begins a struggle to survive and overcome both the racist terrors of white America and the terrifying monsters that could be ripped from a Lovecraft paperback.” In this Jim Crow-era America, the story focuses on racism being the real horror, while drawing parallels to popular tropes from the genre.

For example, in the book, there is a part where an officer of the law tells the black traveling man that since he is going through ‘sundown country’, it is the white officer’s duty to hang this man if he is caught after dark. The officer then begins to follow this man, to see if he breaks the speed limit or makes any illegal turns to get to the border within seven minutes, which is when sundown will happen. The parallels to the vampire trope are evident, except the horror here is much more tangible. Although we have seen protagonists in horror tales often evade danger by pretending to be the adversary, like Bill Murray dressing up as a zombie in ‘Zombieland’, it is impossible for a black man to pretend to be white to evade the dangers of racism.

Ruff takes the path of first introducing a human element of danger, before adding supernatural elements as well to make this an incendiary plot. Those who are fans of H.P. Lovecraft, the master horror author known for creating the character Cthulhu, and after whom Ruff has named his book, will find obvious references to Lovecraft’s works. There is a Book Of Names which is styled like Lovecraft’s famous Necronomicon, and one story is even titled ‘Dreams of the Which House’. A lot of the author’s storytelling devices are also employed, like having a tale within a tale. By the time the characters come face to face with the horrors of the universe, the viewers are left hoping that it is ghosts, and not perhaps white supremacists or members of the Ku Klux Klan, trying to maintain the racial purity of their neighborhoods.

Lovecraft Country Season 1 Release Date: When will it premiere?

As the show was commissioned by HBO last May, it is still in production. Our best guess is that Lovecraft Country season 1 might release sometime in the fall of 2019, around Halloween. We will keep you updated as soon as an official release date is announced. In the meanwhile, we recommend you watch Peele’s films, and maybe ‘Candyman‘ too, to understand how Black Horror works as a genre and how it makes unapologetic and bold statements about the way white supremacy masks itself in modern society.

‘Lovecraft Country’ does not have a trailer yet, but while we wait for it to drop, you could try reading the book, so you have a good idea about what to expect from the show once it airs.