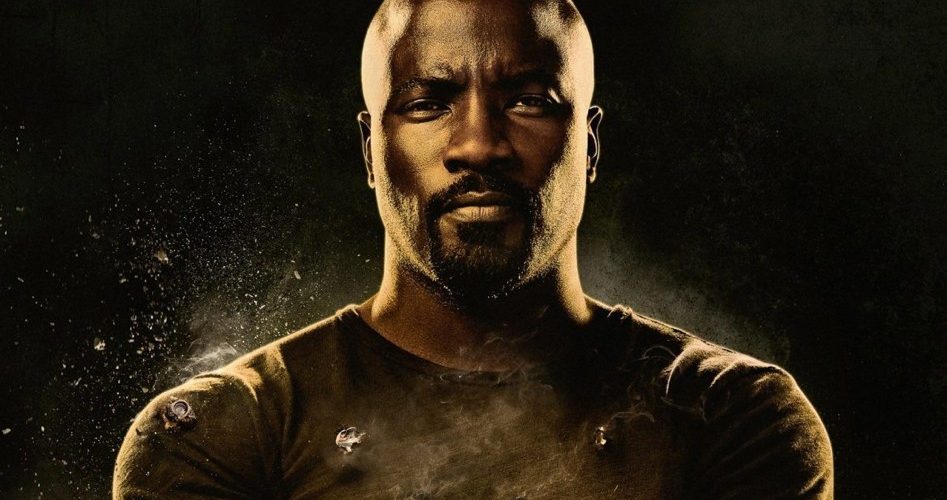 ‘Luke Cage’ is technically the first black superhero within the MCU to get their own show. Sure, ‘Black Panther‘ came later, and brought black superheroes into the mainstream and used the opportunity to address racial issues, but ‘Luke Cage’ has been representing the hood and its problems for a long time before that. The show airs on Netflix and is part of the set of Marvel superhero shows on the streaming channel including ‘Daredevil’, ‘Jessica Jones’, and ‘Iron Fist‘, which all built up to give us ‘The Defenders‘. ‘Luke Cage’ first premiered on September 30, 2016.

The show has been created by Cheo Hodari Coker, who has worked on shows like ‘Ray Donovan‘ and ‘Southland‘, but more pertinently has also worked on ‘Notorious’ which follows the life and death of famous rapper The Notorious B.I.G. Naturally, the showrunner was eager to replicate the nuances of the unique culture of Harlem, which is what we see in ‘Luke Cage’. Events unfold around this superhero with unbreakable skin and superstrength, as he attempts to rid Harlem of its criminal elements and fights for the heart and soul of the hood. Those who are tuned into the Netflix shows might have first seen Luke appear in Season 1 of ‘Jessica Jones‘ where the two shared a brief relationship.

‘Luke Cage’ quickly became a favorite with the fans, and critics too praised it, saying, “An immersive, socially conscious narrative and a confident, charismatic lead performance make Marvel’s Luke Cage a stellar sampling of the new Marvel/Netflix universe.”

Luke Cage Cast: Who is in it?

The cast of ‘Luke Cage’is led by Mike Colter in the titular role of Luke Cage. The show opted to portray the black alpha male as an intelligent and pensive character, rather than the bombastic portrayal that the comics often go for. Simone Missick appears as Misty Knight, a strong and fiercely independent detective in Harlem’s NYPD. She is determined to learn about Cage, and even without superpowers, she is every bit a hero in her desire to do good, and fearlessness in taking on bad guys. Rosario Dawson appears as Claire Temple. She was first introduced in ‘Daredevil‘ as a nurse in Hell’s Kitchen, but she has the tendency of being in the right place at the right time and is inevitably drawn to helping out superheroes in need. She befriends Cage soon enough, and their friendship takes on a more romantic angle as the show progresses.

Now we come to the delightful rogue’s gallery that Cage has to take on. The first name that stands out is Mahershala Ali, of ‘Moonlight‘ and ‘True Detective‘ fame, who plays the role of  Cornell “Cottonmouth” Stokes. He owns the Paradise nightclub of Harlem which is the hub of all illegal activities. Although he is made out to be the main baddie in Season 1, he dies quickly enough, leaving the business to his cousin, Mariah Dillard.

Alfre Woodard plays Mariah Dillard, a councilwoman trying to bring change in Harlem. Though she is not technically a criminal, she is not afraid to get her hands dirty to protect the family and its business interests. She appears in both seasons of the show. Along with her appears Theo Rossi as Hernan “Shades” Alvarez. Though Shades could have potentially gone on to become one of Cage’s primary villains, he is shown to be a scheming and opportunistic street smart criminal, who is ruthless, manipulative, and often menacing. He is first shown working with Diamondback, before teaming up with Dillard.

That brings us to Diamondback, the actual big bad guy in Season 1. Played by Erik LaRay Harvey, the character’s real name is Willis Stryker. He is Cage’s half brother and due to his childhood grudge, he is determined to kill or defame Cage. Almost psychopathic, he keeps smiling as he unleashes the pain on Cage, and the character has been described as someone who has learned to smile through his own pain.

In Season 2, the main antagonist is Mustafa Shakir as John McIver or Bushmaster. He uses folk magic to become as powerful as Cage and pursues gang-related revenge against the Stokes family.

Read More in TV Preview: The Chalet | You Me Her |  The Crown

Luke Cage Plot: What is it about?

The first season of ‘Luke Cage’ follows the story of Luke Cage, a fugitive with super-human strength with unbreakable skin, along the lines of the comics. Initially struggling to overcome his newfound abilities, Cage regains his composure and confronts his vitiated past as a criminal. He looks to reform himself in Harlem and protect the city from malicious presences. Along the way, he is confronted by challenges which prompt him to dangle between the lines of being a hero and a villain.

Season 2 takes the story of Cage’s fight against the villains in Harlem forward. It ends in a major surprise. After a season full of plotting, the corrupt politician Mariah Dillard finds herself behind bars. But while that was the exact victory that Detective Misty Knight wanted, the celebration is bittersweet as it comes with a huge price.

A word must be said here for the Netflix Marvel shows, which have veered significantly in showing us just how human superheroes can be, not in the fact about how they behave in their everyday lives, but by showing us the core existential doubts about purpose and actions that plague each one of them, and also how they too can be victims of past traumas.

Luke Cage Season 3 Release Date: When will it premiere?

‘Luke Cage’ Season 2 premiered on June 22, 2018. Unfortunately for the fans, on October 19, 2018, Netflix canceled the show following creative differences between the streaming service and the writers of the series. They announced “Unfortunately, Marvel’s Luke Cage will not return for a third season. Everyone at Marvel Television and Netflix is grateful to the dedicated showrunner, writers, cast and crew who brought Harlem’s Hero to life for the past two seasons, and to all the fans who have supported the series.”

While this means that Season 3 remains canceled, for now, there is no reason to fret. With Disney launching their streaming service, Disney+, and having announced their intentions of bringing all Marvel content under one roof, there is a strong chance that our hero from Harlem could be making his way to a new streaming platform. If that happens, we will update this section with ‘Luke Cage’ Season 3 release date.

While we wait for any positive news on ‘Luke Cage’ Season 3, check out the season 2 trailer to refresh your memories. If you haven’t seen the show yet, head over to Netflix to catch all the episodes of the previous seasons.