Who Is Luke Eglin From Married At First Sight? 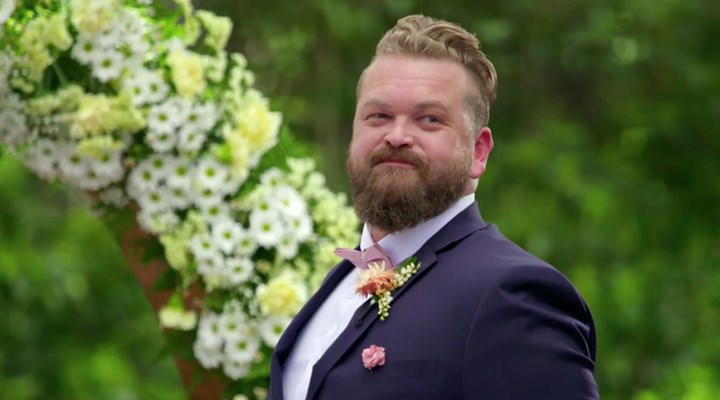 Having relationship experts pair you up with someone else after they have carefully analyzed both your profiles seems like a sure-shot way to find your happily ever after. And that is the case for some people who appear on the hit reality television series ‘Married At First Sight.’ Applying on the show in itself and having millions of people watch your relationships play out and see what is going on in your life takes a lot of guts and courage, but some people are just desperate to finally get the opportunity to turn their situation around. And Luke Eglin, from Married At First Sight season 7, is one such individual.

Who Is Luke Eglin?

As a single working dad of two teenage daughters, Luke Eglin knows first hand what it’s like to play the role of both mother and father. After going through heartbreak when his previous girlfriend left him for his neighbor almost five years ago now, Luke is finally ready to put himself out there. The 38-year-old is looking for someone who would be his partner, not only when it comes to a romantic setting but also someone who isn’t afraid to be with him and help him in taking care of his children.

Married for ten years to the mother of his girls before they eventually drifted apart, Luke became a father when he was just 21 years old. After that, he just focused on ensuring that he provided his family with the best possible life. His priority is, first and foremost, his home life and the well-being of his daughters. Realizing that they need a motherly figure in their life, and desperate to find happiness for himself as well, Luke decided to apply on the reality series.

Happy Mother’s Day to the two most important women in my life, my mum and sis 🥰 Sorry I cant be there. I hope you have a wonderful day 😘 Also, to all of the rest of the yummy mum’s, I hope you get spoilt and given appreciation 😍🧔🏼 #mothersdaygift #mothersday

Where Is Luke Eglin From?

Luke Eglin is from the city of Melbourne in Victoria, Australia. Born and brought up here, he is an Australian native through and through. And, because of his family and lifestyle, of course, his ideal woman would be local as well, but finding her has, in no way, been easy for him. Now, Luke is finally opening up his heart again in hopes of finding “The One” for him.

Although Luke hasn’t revealed the name of the company he works for, he is a Maintenance Supervisor. He is responsible for ensuring that all the company’s inventory is up to date and that the first product that comes in is also the first one to go out the door. He is passionate, a hard worker, and one of the most genuine guys you will come across.

So grateful for my parents! They have founded the person I am today. 🥰 👨‍👩‍👧‍👦🧔🏼 #MAFS

Read More: All You Need to Know About Poppy Jennings