Thomas Luke Macfarlane earned the tag of “gifted” when he was a boy who grew up in and around London, Ontario, Canada, as the son of his father, a director of Student Health Services and mother, who was a mental health nurse. He carried that tag throughout his teens into a vibrant youth with starry dreams of becoming an actor.

By then, he evolved into Luke Mcfarlane and started testing the waters of acting on television and Hollywood. He appeared as the character Frank “Dim” Dumphy in the 2005 FX series ‘Over There’ and played a significant role alongside Cynthia Nixon in the miniseries ‘Tanner on Tanner’ directed by Robert Altman. The actor landed his first leading role in ‘Iron Road,’ a two-part miniseries directed by David Wu from a screenplay by Barry Pearson and Raymond Storey.

Macfarlane’s breakout role came with the 2006 ABC drama series ‘Brothers & Sisters.’ The actor played the character of Scotty Wandell, Kevin Walker’s husband, Daniel’s father and Olivia’s adoptive father, who runs the restaurant as the chief chef. The series captured the attention of the wider public with the on-screen wedding of Matthew Rhys (Kevin) and Macfarlane.

When asked about the chemistry with Matthew, he told EW, “It was a great show. I was very proud of that! I miss it. It was such a great cast and they’re all doing really well now, too.”

The wedding was a landmark in the history of American television which catapulted ‘Brothers & Sisters’ as the first show that featured a same-sex wedding between regular characters. The historic event took place in Season 2, when Kevin Walker and Scotty Wandell got married in an emotionally moving ceremony officiated by Kevin’s sister Kitty (Calista Flockhart).

“I admire ABC for kind of being the first, especially given they are on under the Disney umbrella, for taking that leap and going, ‘This is what a modern family looks like’,” Rhys told EW about his on-screen marriage with Mcfarlane.

‘Brothers & Sisters’ also became a cornerstone in the personal life of Mcfarlane. He came out into the public space as an openly gay individual just before the historic wedding episode in the series.

“I don’t know what will happen professionally … that is the fear, but I guess I can’t really be concerned about what will happen because it’s my truth,” he said on a television interview during that time. The actor also opened up about how his character in the Syfy series influenced and imparted confidence within him to accept who he was and projected his true self to the society.

Apart from acting, Mcfarlane is a prominent theater actor with credits such as ‘Juvenilia,’ ‘Where Do We Live,’ ‘The Busy World is Hushed,’ ‘Dreamstuff,’ and ‘Reverberation,’ among others. He also has a celebrated career as a singer and songwriter and formed the band named Fellow Nameless along with his friends. With that said, in case you were wondering what is the next Luke Macfarlane movie or tv show, you are at the right place. Here’s the list of upcoming Luke Macfarlane films and tv shows scheduled to release in 2019 and 2020. 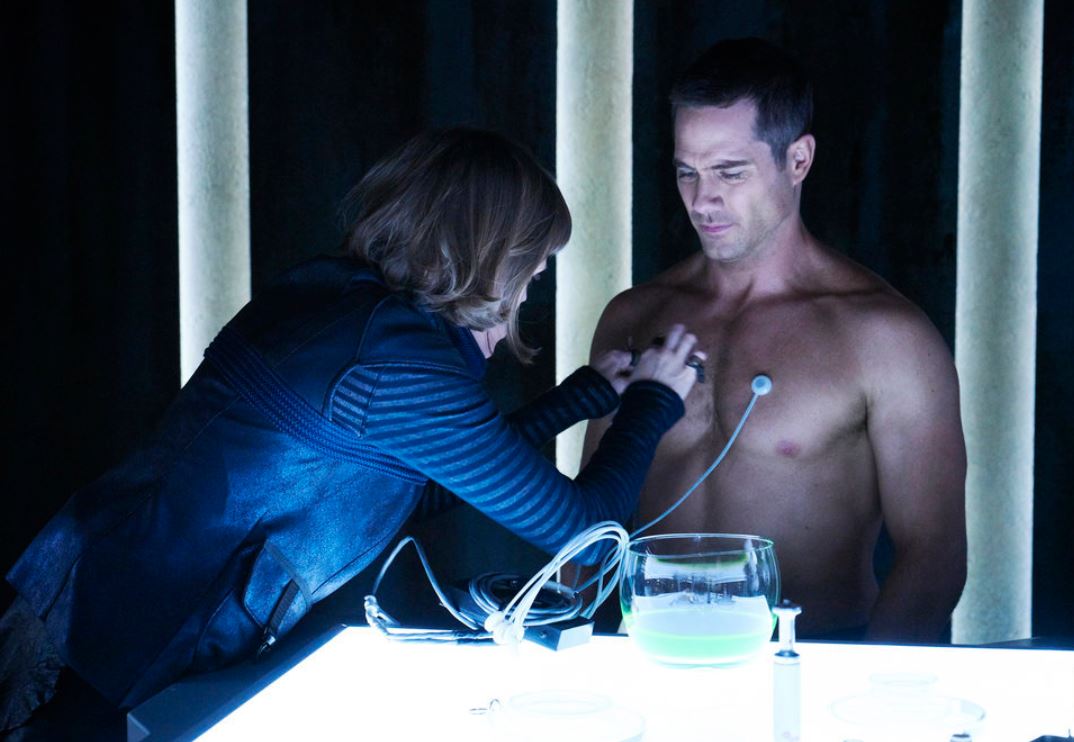 Luke Macfarlane’s character D’avin Jaqobis on the Syfy series ‘Killjoys’ undergoes one of the most complex arcs of the entire cast. Over the course of four seasons, followers have seen him as a ruthless soldier, a hand-to-hand combat expert and a sarcastic member of the RAC. Produced by Space Channel and Syfy, the sci-fi adventure series tells the story of three interplanetary bounty hunters Dutch (Hannah John-Kamen), John (Aaron Ashmore) and D’avin (Luke Macfarlane) who work for the Reclamation Apprehension Coalition (RAC). They are the sworn mercenaries of “The Quad,” a multi-planetary system that consists of the dwarf planet Qresh and its three moons, Arkyn, Westerley, and Leith. “The Quad” is in the grips of “The Company,” a massive corporation that controls the industry, land and mining-related businesses of the system.

While “The Quad” is on the brink of a bloody rebellion, Dutch, John and D’avin find themselves stumbled upon their own pasts and residual memories. They have to band together and rely upon their mutual trust to stay alive. Created by Michelle Lovretta, the first four seasons of ‘Killjoys’ garnered critical acclaim for its unique blend of humor, sci-fi and adventure. Other cast includes Mayko Nguyen as Delle Seyah, Thom Allison as Pree, Sean Baek as Fancy, Rob Stewart as Khlyen, Patrick Garrow as Turin, and Kelly McCormack as Zeph, reports Deadline. The 10-episode first season premiered on June 19, 2015. After the first three seasons met with positive reviews and audience praise, Syfy renewed the series for a fourth and fifth seasons in September 2017. The 10-episode fourth season premiered on July 20, 2018, and wrapped up on September 21, 2018. The fifth and final season of ‘Killjoys’ will be premiered on July 19, 2019, on Syfy.