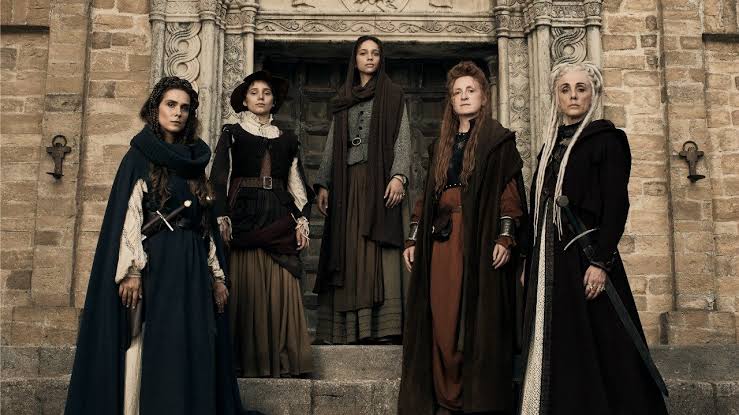 Netflix’s ‘Luna Nera’ takes place in 17th century Italy, in the time when witch trials are at the peak. The show sets the stage for a supernatural story on the grounds of historical fiction and uses various sub-plots, which come together in the end to deliver a shocking season finale. The meaning of heroes and villains completely changes by the end and we are left wondering what it all means for the protagonists. If you haven’t yet seen the show, head over to Netflix. SPOILERS AHEAD!

In the little town of Serra, witchcraft is an abomination. Any woman practising it or helping witches is to be executed and there are no exceptions. It is in such perilous circumstances that Ade discovers that she is a witch. When her grandmother is killed because of this, she has to run away with her younger brother to look for allies. Meanwhile, Pietro comes back from Rome to change the superstitious mentality of the townsfolk. He wants to turn them towards science. But his beliefs take a turn when he meets Ade.

Who is the Chosen One? 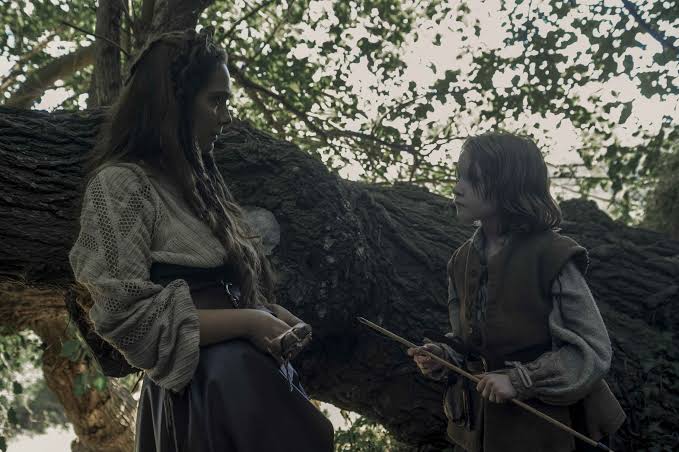 In the beginning, we are told that the gift of witchcraft, mostly, belongs to women. There is barely one man in the entire season who can practice magic. In fact, whatever magic Oreggi could perform was learnt. He didn’t have it by birth. This helps the townspeople to create an easy distinction between regular people and witches. It also allows Oreggi to rise to a high post in the Church, despite practising magic himself. Through this, the show also shines the light on the sexism in society. If a man does it, it is not as bad. Antalia knew this very well.

The prophecy spoke of a chosen one, a girl who would have powers beyond anyone’s belief and would help save witches from persecution and would bring peace and security for them. When she was pregnant with her second child, Antalia knew that this was it. This was the chosen one, and she had to protect it. She could never do that as long as it was a girl. Even for witches, if the child is male, then there is no danger. Even if she was burnt to death, her child would be safe because of its sex. But it had to remain an absolute secret.

When Valente was born, she used all of her magic to create an illusion which made everyone think that the girl was actually a boy. Because such strong magic demanded more energy, she had to give up her youth. This meant that instead of being of a mother to her children, she’d have to be their grandmother. But, of course, the magic wouldn’t last forever. There had to be an expiration date, and it would be the day of the black moon, i.e., luna nera.

The day that the child reaches her full potential, when she is ready to have all the power as a chosen one, would be the day of the black moon and this would be the time when the illusion would break down and the child could live as a girl again. She had to keep the secret from everyone, including Ade. To keep them safe, Antalia didn’t even tell them they were witches.

Because everyone thought that Ade was the only daughter of Antalia, she was considered the chosen one. This is why Oreggi wanted her alive and had no problem with executing others. The chosen one not only had immense power but also had the ability to break the magic that kept Oreggi from reading the Book of Kingdoms. In the end, just before they were to be burnt on stakes, the black moon showed up and Valente unleashed her power.

The Ending: What it means for Ade? 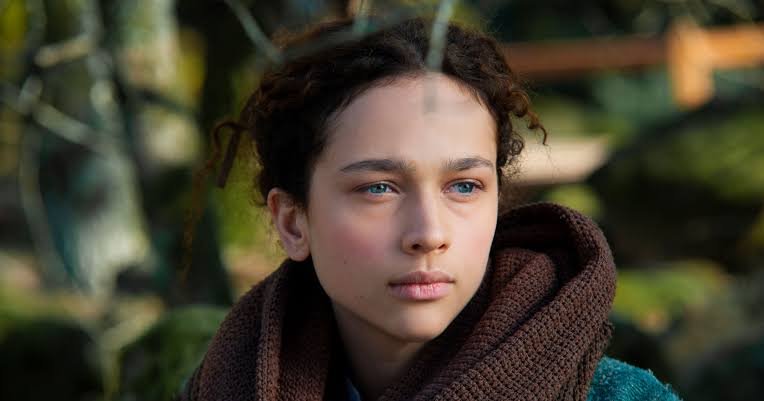 After witnessing the spectacle of her sibling’s true powers, Ade is mortified to discover that Valente is actually a girl. Her mother had kept a lot of secrets from her, and her sibling’s identity became the last straw. Ade hated Antalia for not telling them that she was not their grandmother but their mother. She despised her for not telling them that they were witches. She wished she had known about her powers before and could control them better. The secrets destroyed Ade’s life and separated her from Pietro, as well.

The only good that came out of it for her was that she was saving lives. Or so, she thought. She was told that she was the chosen one and that she could do good things with her powers. However, in the end, even that turned out to be a lie. Why didn’t her own mother trust her with the secret of her sister? Why couldn’t her mother trust her to keep Valente safe?

Angered by it all, Ade runs away as the voices follow her around. In the last scene, we see her shun all the voices and her eyes turn black. What does that mean? Because we had seen Oreggi’s eyes turn black as well, and because there is an ambiguity about Ade and Valente’s parentage, we can make some deductions by extrapolation. First of all, there is a fair chance that Oreggi is Ade’s father. It is either due to this that their eyes turned black. Or, it could be that the devil really is involved in the whole affair.

The next thing is that Valente and Ade might not share the same father. Third and most important of it all, the danger that the prophecy speaks of is, maybe, Ade herself. If Valente, now Luxor, is to protect people from some dark force, it could be her sister herself. Oreggi will try to take advantage of this, especially if he really is Ade’s father.

Another takeaway from the finale is that Pietro has taken control of the Benandante and he will look for Ade, as she is the one who killed his father. Him becoming the leader has also angered Cesaria, and maybe this will drive her towards the witches, especially Leptis.