When Will ‘Luna Nera’ be Back on Netflix? 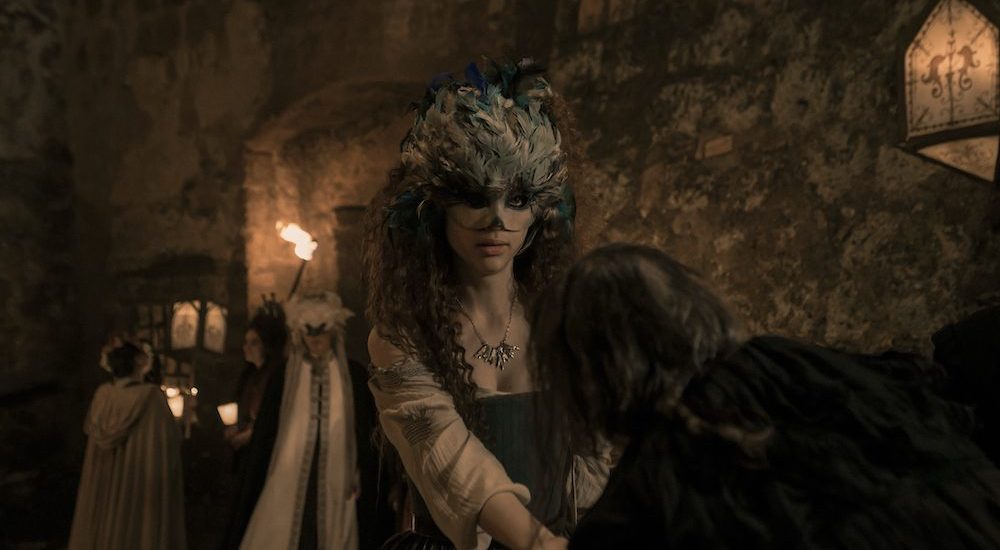 Netflix’s ‘Luna Nera’ or ‘Black Moon’ follows a young woman Ade, who is left with two choices after her Grandma brutal execution – leave the town and embrace her otherworldly powers or pursue a forbidden love story with her boyfriend, Pietro.

‘Luna Nera’ has been directed by a trio of three powerful women – Francesca Comencini (‘Pianoforte’), Susanna Nicchiarelli (‘Nicc, 1988’) and Paola Randi (‘Into Paradiso’), while Francesca Manieri (‘The First King’), Laura Paolucci (‘Quiet Chaos’) and Tiziana Triana serve as the creators.

The witch drama is the third Italian Netflix original, the other two being ‘Suburra’ and ‘Baby.’ The show received positive reviews because of its compelling storyline involving the evil social practices of the medieval era, ensemble cast filled with polished theater actors, elaborate set design, mystical realism, historical and cultural accuracy, and also for being unapologetically women-centric. What makes the show stand out from the rest is the exclusion of any genre-stereotypes and the inclusion of a magical aspect that provides a fresh and powerful perspective on the barbaric oppression of women, prevailing since centuries.

If you are one of those who fell in love with the show and is wondering about when will Luna Nera Season 2 release, keep on reading.

Luna Nera Cast: Who is in it?

Nina Fotaras headlines the cast as Ade, a 16-year-old midwife whose life is about to change drastically. She is in love with the progressively smart and charming Pietro. Giorgio Belli essays the role of Pietro. Emili Mastrantoni plays the younger version of Ade.

Manuela Mandracchia stars as Tebe, the head of the mysterious community. The other women of the community include Adalgisa Manfrida as Persepolis, Lucrezia Guidone as Leptis, Federica Fracassi as Janara. The core Benandanti members are Gloria Carovana as Cesaria and Giandomenico Cupaiolo as Sante.

Luna Nera Plot: What is it About?

The romantic fantasy series transports us to the 17th century Italy, and revolves around the highly prevalent witch-hunts in the medieval era. It starts with the villagers setting an old woman on fire, after accusing her of practicing witchcraft. The show chronicles the life of a young midwife Ade (the old woman’s granddaughter), who is accused of witchcraft after a delivery goes wrong, resulting in the death of a baby.

The mishap seals her fate, forcing her to vamoose before the Benandanti or the witch hunters get to her. But Ade is in love with Pietro, the son of the witch-hunters’ leader. On the fringes of the woods, Ade stumbles upon a coterie of enigmatic women who are ostracized on the same allegations. They welcome Ade with open arms but ask her to make a decision.

She can either choose to be with the women and walk towards her destiny, discovering her true potential with regards to the magical powers she possesses or go back to her love and risk her life. The women seem to be united against a common enemy and are fighting against a force, that is more vicious than the witch hunters. Which side will Ade choose? What are Ade’s hidden powers? Who are these women and who are they fighting against?

Luna Nera Season 2 Release Date: When Will it Premiere?

As far as the next season goes, here’s what we know. The show is based on a Tiziana Triana’s novel titled ‘Le città perdute. Luna nera: vol 1’. The author has gone on to write several volumes of the novel. So if the makers want to continue the show, there’s no dearth of material available. Even though the final decision will be taken by Netflix based on viewership numbers, we believe the show will get renewed, especially when you take into account the streaming giant’s continued investment in building a massive repository of foreign shows. Our best guess is that ‘Luna Nera’ season 2 will release sometime in January 2021.

Check out the trailer of ‘Luna Nera’ season 1!