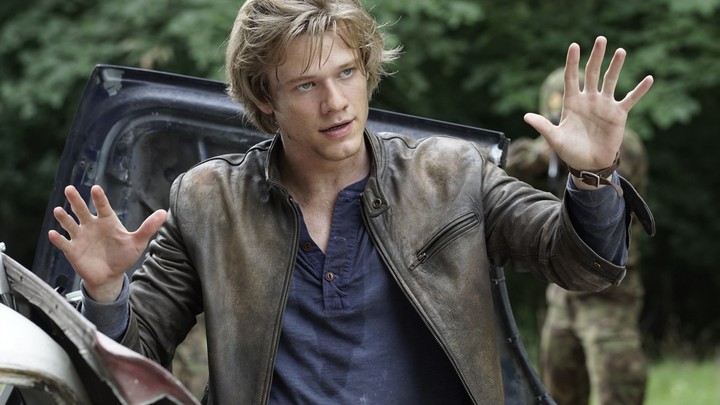 ‘MacGyver’ dropped its much-awaited 5th season’s premiere episode this week and we saw the team dealing with an interesting case. In ‘Resort + Desi + Riley + Window Cleaner + Witness’, Mac and the squad infiltrate a hotel, which they suspect is holding a woman with vital information on Codex. More on that later. Now, do you wish to dive into the details of the upcoming episode? You’re in luck! We have the rundown and information on when and where to watch the 2nd episode of the ‘MacGyver’ season 5.

MacGyver Season 5 Episode 2 Release Date: When Will it Premiere?

The upcoming episode is titled ‘Thief + Painting + Auction + Viro-486 + Justice’ and here is its official synopsis as outlined by CBS: “When Taylor’s former protégé is killed while preventing a bioweapon from falling into the wrong hands, Mac and the team must find the weapon so Desi can pull off the ultimate heist before it’s sold to a terrorist cell.” You can also watch its promo below:

‘MacGyver’ is on CBS and can be simply seen using a cable connection. You can also check the show out on the CBS site or CBS All Access if television isn’t an option. Cord cutters are also on the rise, currently, and make up a large section of the viewer base. Therefore, several options have been made available to them. You can catch ‘MacGyver’ on Fubo TV, DirecTV, and YouTube TV. If you are an Amazon Prime subscriber, you can buy and stream individual episodes, or better yet, get the CBS pack added to your existing plan. After a month-long free trial, it costs you $5.99 a month.

‘MacGyver’ Season 5 Episode 1 is called ‘Resort + Desi + Riley + Window Cleaner + Witness. Desi and Riley are assigned a task to infiltrate the Zurich Grand Hotel in Switzerland, which is housing a woman named Paula — who has vital information on Codex. In order to be allowed into the hotel, Mac and Taylor seek help from a regular hotel guest, Vincent.

The Phoenix team had earlier dug up info on Paula Matos, who had been a part of legitimate businesses for international arms dealer Gustavo Salazar. But later, he compelled her to do his criminal biddings. The crew learns that she is most likely being held in the Zurich Grand Hotel — which serves as the go-to hideout for international criminals. Mac and Russ are able to coerce Vincent Broulee, son of the hotel’s owner, to give them access to the building. Matty asks Desi and Reilly to check-in while being disguised as cybercriminals. Mac and Russ also follow later on but the twist? Vincent double-crosses them and the entire team is now in danger!