For those who are not a member of ‘the Machine Gun Kelly cult,’ this information must be useful. The firebrand actor and composer earned his name during the Cleveland hip-hop days where he was famous for his rapid-fire delivery. Later, his fans shortened it as ‘MGK’ for convenience and everyone forgot his real name, Colson Baker. MGK is also famous in and out of the music world for his notorious feud with Eminem. Started off from Kelly’s souring comment about Eminem’s daughter, the war spread quickly as it was carried over by loyalists from both sides.

His 2017 album ‘Bloom’ made it to the hit charts. His number with Camila Cabello, ‘Bad Things’ touched a million of wounded souls worldwide. Kelly is looking for another big break after his feature film outing with Sandra Bullock in ‘Birdbox.’ Being a rapper, actor and a director-hopeful, Kelly is having a prolific period in his career. At this point, the question that might be circling your mind is what is the next Machine Gun Kelly movie and tv show? Well, the good news is that we have a clear answer to that question. Here’s the list of upcoming Machine Gun Kelly films/tv shows scheduled to release in 2019 and 2020. We can only hope that the latest Machine Gun Kelly movies would be as good as some of his recent ones. 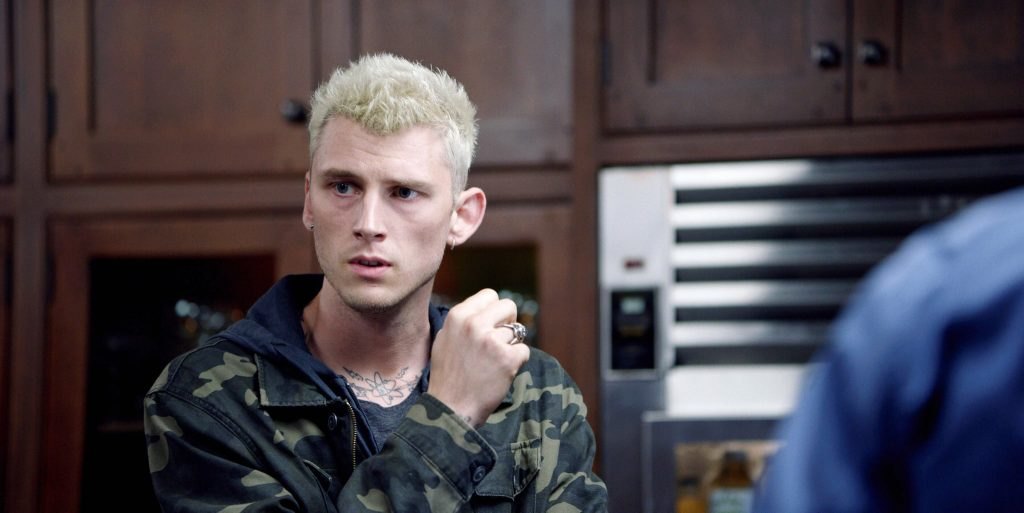 An intense sci-fi thriller set in a dystopian future, ‘Captive State‘ features earth invaded by alien forces with a group of humans formed allegiances with the invaders. Kelly joins a cast list that includes John Goodman and Vera Farmiga. His involvement with the ‘Captive State’ crew caught headlines when Kelly accused of a crew member repeatedly punched him in the chest during a take. The raper-actor reportedly collapsed backstage during last year due to a chest injury from the filming in Chicago for ‘Captive State.’ The trailer of the movie keeps all plot and character details under the blanket. But various reports suggest that a rebellious organization called the Phoenix plans an uprising against the alien forces and the humans who joined with the enemy. ‘Captive State’ also stars Ashton Sanders, Madeline Brewer, Kevin Dunn, KiKi Layne, and Alan Ruck. The movie is directed by Rupert Wyatt, who co-wrote the script with Erica Beene. Focus Features will release ‘Captive State’ in the U.S. the theatres on March 29, 2019. 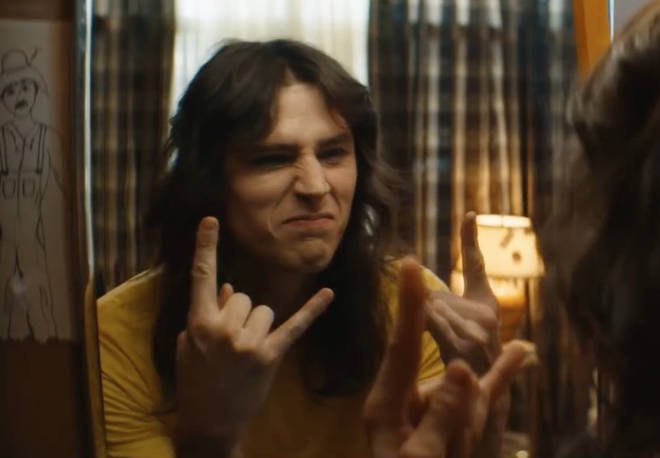 MGK will play drummer Tommy Lee, in the upcoming biopic based on the memoir of the same name. The best-selling autobiography was written by the band and author Neil Strauss, and a chaotic document of the hair metal band’s life in the 80s. While Kelly has been assigned the role of Tommy Lee last year, Iwan Rheon, Daniel Webber and Douglas Booth have been roped in to play guitarist Mick Mars, singer Vince Neil and bassist Nikki Sixx respectively.

The book closely follows the band’s formation from a group of nobody from the streets of Hollywood to one of the top rock bands in the ’80s. According to reports, the movie will not spare the group’s ascent to the international music arena and while conquering challenges like drug addiction and personal problems. A feature film adaptation of ‘The Dirt’ was on the cards in 2003. Later, Paramount and Focus Features stepped forward to co-produce a movie based on the book, Nothing took off as long as Netflix stepped into the scene in 2017. The band members are credited as the co-producers of the film. ‘The Dirt,’ which is helmed by Jeff Tremaine, will be released by Netflix on March 22.

Even though every detail about the plot of the movie is undercover, various unconfirmed reports suggest that the sci-fi thriller is based on a drug epidemic. Common people gain various superpowers as an aftermath of the epidemic. A teen girl works as a drug peddler to feed her family and Foxx plays a vengeful family man who lost everything to the epidemic and determined to eliminate the source of the drug. Gordon-Levitt plays a disillusioned policeman who takes law enforcement into his own hands when the system fails to deliver justice.