Are Mackenzie and Josh From Teen Mom Still Together? 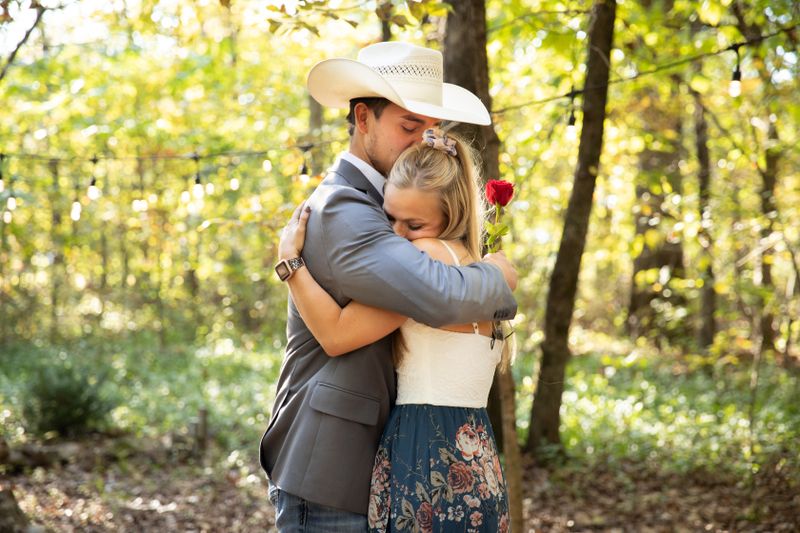 ‘Teen Mom’ MTV is a reality show that follows young mothers trying to navigate what it means to be a parent while balancing strained personal relationships. The show is a spinoff of the famous ’16 and Pregnant.’ Mackenzie originally appeared in ’16 and Pregnant’ and went on to appear in ‘Teen Mom’ as well. Her troubled relationship with Josh drew viewers’ attention as the pair went through numerous ups and downs throughout the seasons. Naturally, you might be curious about Mackenzie and Josh’s current status. Are they still together, and where are they now? We have the latest news and updates right here.

Mackenzie and Josh McKee seem to have had a rocky relationship even before they were expecting children. In a candid discussion with her sister, Mackenzie also admitted that she believes she forced Josh into the relationship because she was pregnant around that time. The couple started dating since they were in high school.

Their first child, Gannon DeWayne, was born in 2011. The couple got married in 2013 and went on to have two more children. Jaxie Taylor, their daughter, was born in 2014, and Broncs Weston, the second son, was born two years later. Josh and Mackenzie have been married for six years, and their relationship has been strained. Problems were compounded due to Josh’s financial troubles and rumors of him cheating. He was seen leaving with a woman at a bar while out on rodeo.

Finally, Mackenzie announced a split in August 2019, but the two had been separated for some months. She also told her fans that she’d lost weight from the divorce stress and depression. Check out the tweet by Mackenzie about the split.

However I would like to say, that due to stress, me needing to stay focused, the media, etc. I am deciding my marriage needs a break. My heart breaks for my kids. But as of right now, this is what’s best. Thank you 💗

However, the couple managed to reconcile and got back together around October 2019. Josh found God, and a counseling workshop helped the two work on their marriage. Josh proposed again, and it seems the McKees sealed the deal late last year. Josh even surprised Mackenzie with an elaborate birthday present to make her feel special. Check out their post below.

God works in mysterious ways… We went to a marriage encounters program, which is a Christian based organization. It was an awesome experience, the structure of the program was amazing and every lesson/segment makes the couples realise why they got married in the first place. It's not easy and the journey might get a little rocky but grounding your marriage in god makes your relationship become closer. The second day we were there we had a little exercise and at the end we were dismissed to go back to our room or we could stay and have a couple come pray with us and that night I asked god to fully come into my life and that alone was worth attending….

Are Mackenzie and Josh Still Together?

It’s pretty clear that the couple’s been on-again-off-again, which might make you wonder if they’re together at present. The Sun reported in March 2020 that Mackenzie had split with Josh again. In her Instagram post, which has been removed since then, the ‘Teen Mom’ cast member commented, “I am still trying to crawl out of last year, and to have to relive it all over again is something I don’t think I can conquer. For Josh’s sake and what I know will be shown, I am here to say that I have not been a perfect wife throughout the years and have made several unfaithful mistakes as now has he.” She went on to say that she chose at that time to live alone.

However, reports in April 2020 suggest that Mackenzie and Josh are living together. Apparently, she’s keeping the marriage on the down-low and doesn’t even go out with him. She’s giving him space to be who he wants to be. Mackenzie has reiterated her faith in God, saying that if he believes they belong together, then they should be able to live peacefully.

Her most recent Instagram post encourages people to try her workout routine at home to stay fit during the quarantine. Mackenzie remains focused on her fitness business.

Wanting to stay home and get fit but don’t know where to start? People are seeing amazing results with my monthly challenges. Super affordable, effective, and once you purchase, you own it for life 💪🏼🤟🏼. Every month is new equipment Checkout www.bodybymac.net (link in bio) and see what you have at home or can get your hands on. #bodybymac #fitmom #fitness

Her most recent tweet reaffirms her love of God and how that can lead to self-love. Notably, neither Josh nor Mackenzie has any current social media pictures together.

What I wish I would have done before getting myself into a relationship 10 years ago 💗💗💗 take this advice. Don’t be dumb like me https://t.co/zvUJeYlLKc

Read More: Are Becca and Garrett of The Bachelor Still Together?