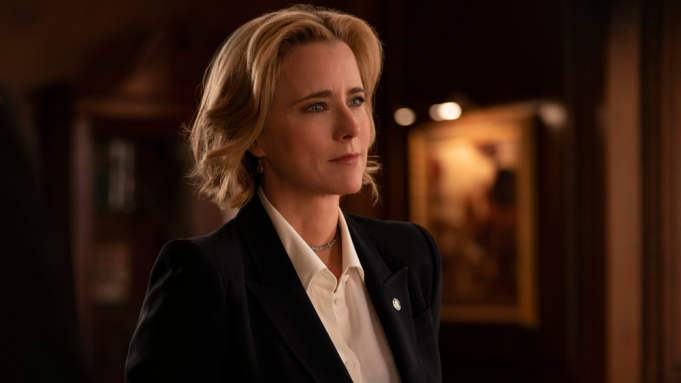 ‘Madam Secretary’, starring Tea Leoni, is a political drama that originally premiered on CBS in 2014. Although the story is fictional, it gives us a real-time view of how a female Secretary of State balances her personal and professional life. It boasts a strong central performance by Leoni and an equally spectacular script. Therefore, it came as no surprise when CBS renewed the show for its sixth edition in May 2019. Now that season 6 has also ended, you might want to know if there will be a ‘Madam Secretary’ season 7. Read on!

Season 6 follows Elizabeth McCord as she starts settling into her role as President of the United States. The finale sees McCord and her husband Henry kissing on the back of a caboose as the small-town residents cheer them on. The couple is in the middle of their whistlestop tour to pass the Equal Rights Amendment. Additionally, the final episode also follows McCord as she is joined by the members of the World Cup Champion U.S. Women’s Soccer Team. We also have the White House wedding of McCord’s daughter Stevie and Dmitri Petrov.

The conclusion wraps up all the storylines in a close-ended 10th episode. So this brings up the next question. Has the show ended? Unfortunately yes, and CBS had revealed this way before season 6’s premiere. In May 2019, CBS Entertainment president Kelly Kahl announced during the network’s upfronts press breakfast:

“They’re going to do 10 episodes in the fall and tie up the storyline. We’re happy and excited to do that for Téa, the cast, and the audience. It’s hard when a show ‘poof goes away.’ We like to be able to do this and send the show off with a great deal of respect and celebration. Everyone appreciates when we are able to do that” — as reported by Deadline.

Star Tea Leoni took to Twitter to express her gratitude ahead of the season 6 finale. She wrote: “The last episode of #MadamSecretary airs tonight. My deepest thanks to everyone who watched our show, for your incredible generosity and enthusiasm, it has been an honor to make it for you. xoxtéa.”

The last episode of #MadamSecretary airs tonight. My deepest thanks to everyone who watched our show, for your incredible generosity and enthusiasm, it has been an honor to make it for you. xoxtéa

CBS did not clarify why they took the decision. It might have been to simply tie up the storyline. On the other hand, the show was also suffering from dwindling viewership numbers and falling ratings. Whatever be the reason, it is confirmed that ‘Madam Secretary’ season 7 stands officially cancelled. But fans have already taken to social media, demanding a spin-off called ‘Madam President’. Who knows? We might see more of McCord in the future after all!