As a child, Madison Iseman was obsessed with the magical world of the ‘Harry Potter’ book series. She wanted to be a film editor when she was a kid because the little girl was lured by the words falling on the screen while projecting the film. But later, she shifted her focus to the glitter and charm of stardom. By the age of 16, Madison decided to move to Los Angeles with her mother to pursue a career in acting. She made an unforgettable debut as a co-host in the 2013 web series ‘Mahomie Madness’ from AwesomenessTV.com. She got the right person at the right time as a mentor when she was cast in CMT series ‘Still the King’ alongside the legendary Billy Ray Cyrus. ‘Still the King,’ which premiered on June 12, 2016, earned positive reviews for Madison’s performance as Charlotte, the daughter of Billy Ray Cyrus’ character, and it ultimately launched her career as an actress.

The actress got her next breakthrough when she was cast in the 2017 movie ‘Jumanji: Welcome to the Jungle.’ Madison played the character of Bethany Walker alongside Dwayne Johnson, Jack Black, Kevin Hart, and Karen Gillan. She has also appeared in the ABC sitcom ‘Modern Family‘ as the character of Henry Danger. Her other roles include Pam in ‘Beauty Mark’ and Sarah in ‘Goosebumps 2: Haunted Halloween.’ So now you must be wondering what is the next Madison Iseman movie? Well, here’s the list of upcoming Madison Iseman films scheduled to release in the near future. We can only hope that the new Madison Iseman performances would be as good as some of her recent ones. 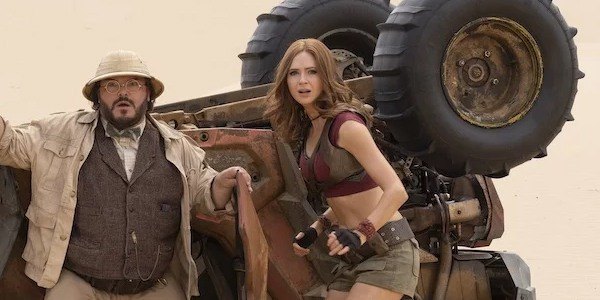 Madison Iseman returns as her breakout character Bethany Walker along with her teen gang Ser’Darius Blain as Anthony “Fridge” Johnson, Morgan Turner as Martha Kaply and Alex Wolff as Spencer Gilpin for the third installment in the ‘Jumanji’ film franchise. Madison’s character Walker is a cute teen girl who goes through a gender swap in the Jumanji game. She assumes the avatar of Professor Sheldon Oberon (Jack Black), who is a cartographer, cryptographer, archaeologist, and paleontologist.

The new ‘Jumanji‘ movie brings back the cast from the 2017 film ‘Jumanji: Welcome to the Jungle’ that includes Dwayne Johnson, Jack Black, Kevin Hart, and Karen Gillan. Based on the picture book by Chris Van Allsburg, the upcoming flick is directed by Jake Kasdan from a script by Jeff Pinkner and Scott Rosenberg. The sequel is lined up for a December 13, 2019 release. 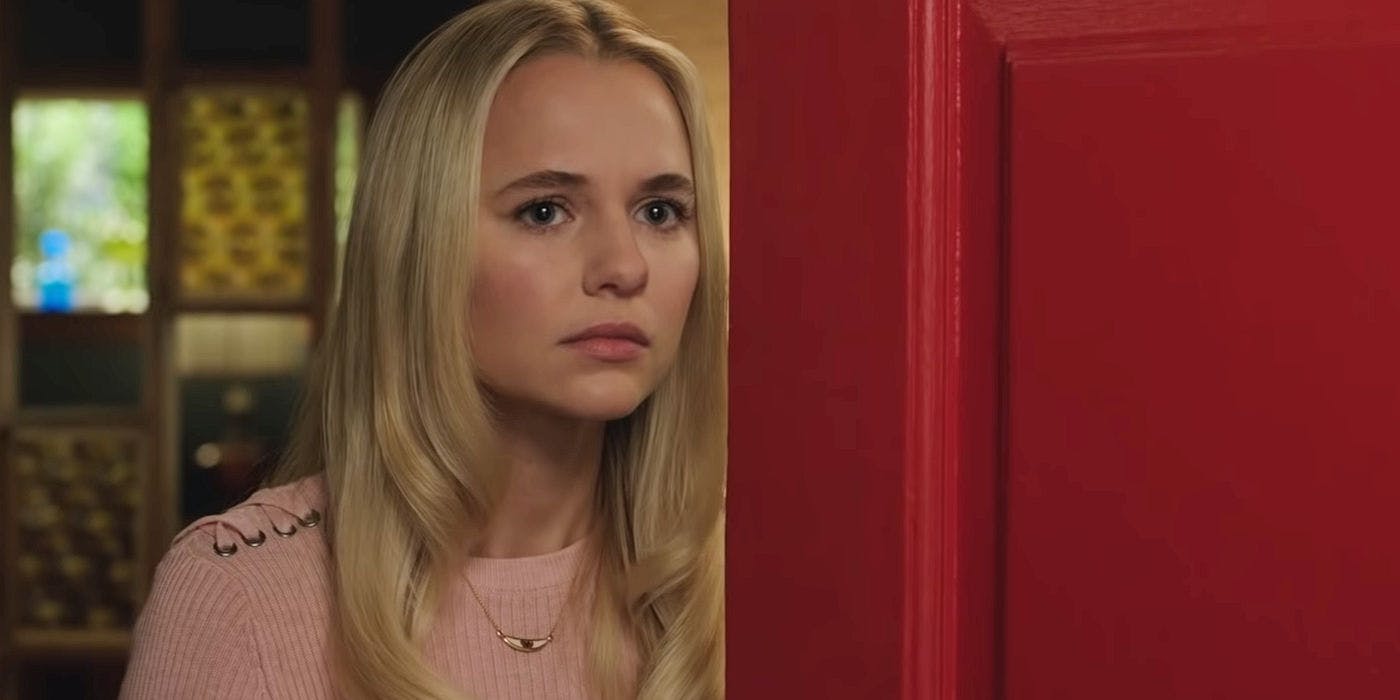 ‘Clouds’ is an upcoming drama movie from Justin Baldoni, who acts as the director and producer. The script comes from Kara Holden, Patrick Kopka, and Casey La Scala. From what we can understand, this is the kind of movie that will tug at your heartstrings and have you reaching for the tissue, by showing the depths of human love and emotions. The movie is based on the novel titled, “Fly a Little Higher: How God Answered a Mom’s Small Prayer in a Big Way”, by Laura Sobiech.

The premise follows a teenager who is diagnosed with a very rare form of bone cancer. Instead of letting the news of his impending demise get him down, he decides to inspire others in the little time that he has left. We are seeing a slew of disease-related movies coming out recently. The films uphold individual courage and how we go out of our ways to help others when we have nothing left to lose. Basically, when faced with our demise, we react in the most selfless ways possible, because we understand that there is no outrunning or outmaneuvering the upcoming situation.

It is quite obvious that the upcoming movie will be intense and will rest on flawless performances to deliver the message. Madison Iseman is sure to stand out amidst strong performers as she tries to make her role memorable. Being in the post-production stage, there is no release date for ‘Clouds’ yet. 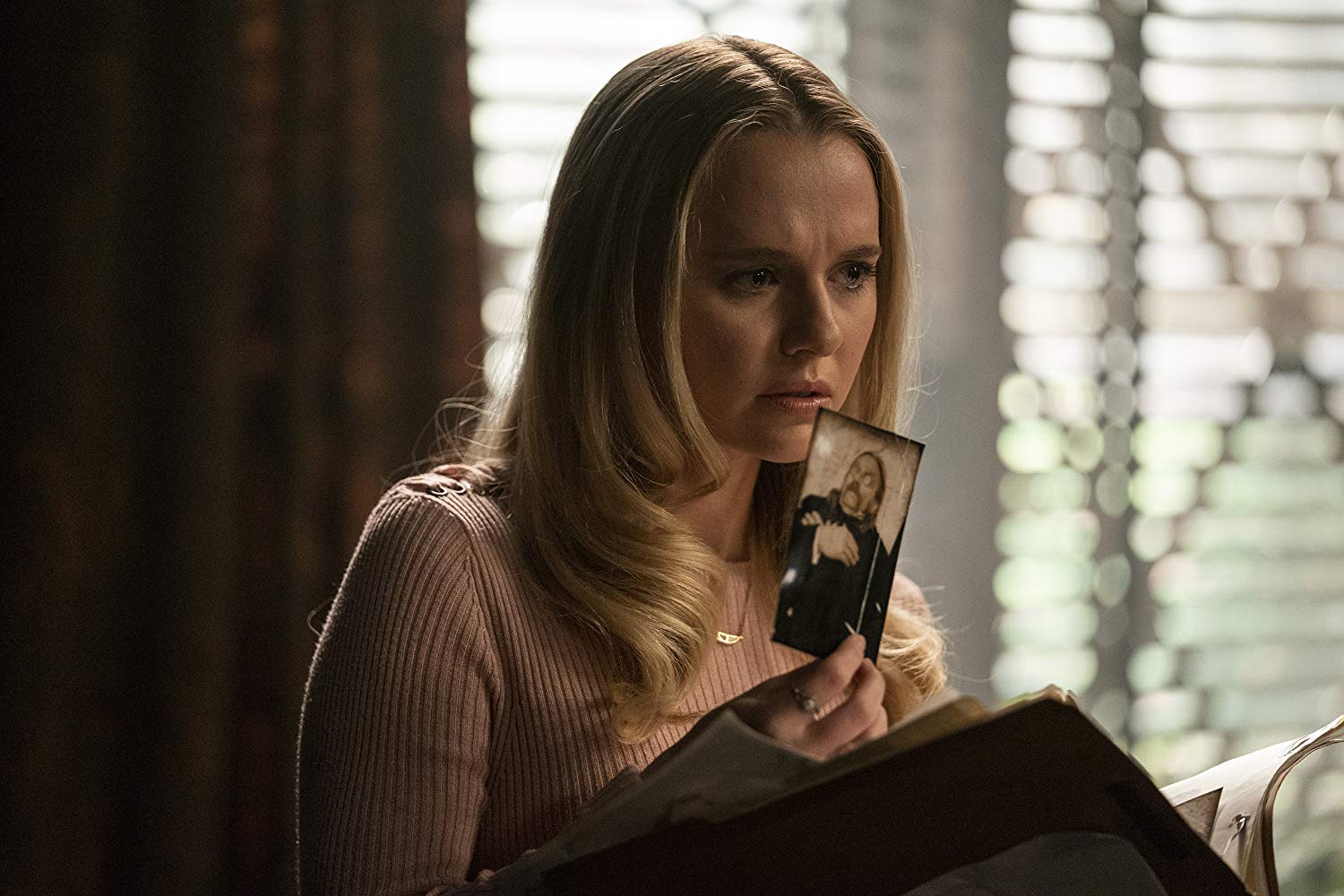 ‘Nocturne’ is the first movie which is a part of a very exciting deal struck between Blumhouse and Amazon. The plot follows a greedy individual who makes a deal for greatness, trying to take the shortcut, only to get in over her head. Knowing Blumhouse’s past works, the movie has rightly been touted as a horror thriller.

It comes from Zu Quirke, who has also written it. The premise is rather straightforward. A very talented pianist makes a Faustian deal to overtake her sister at a prestigious academy for musicians. One can only expect the kind of horror that will come as a consequence of the deal.

That being said, it is evident that the movie will have intense performances in order to portray the plot’s seriousness. Therefore, we can thank Madison Iseman for being a part of the cast, since she will surely go above and beyond to make the performance memorable. The movie is currently in post-production stages and does not have a release date yet. 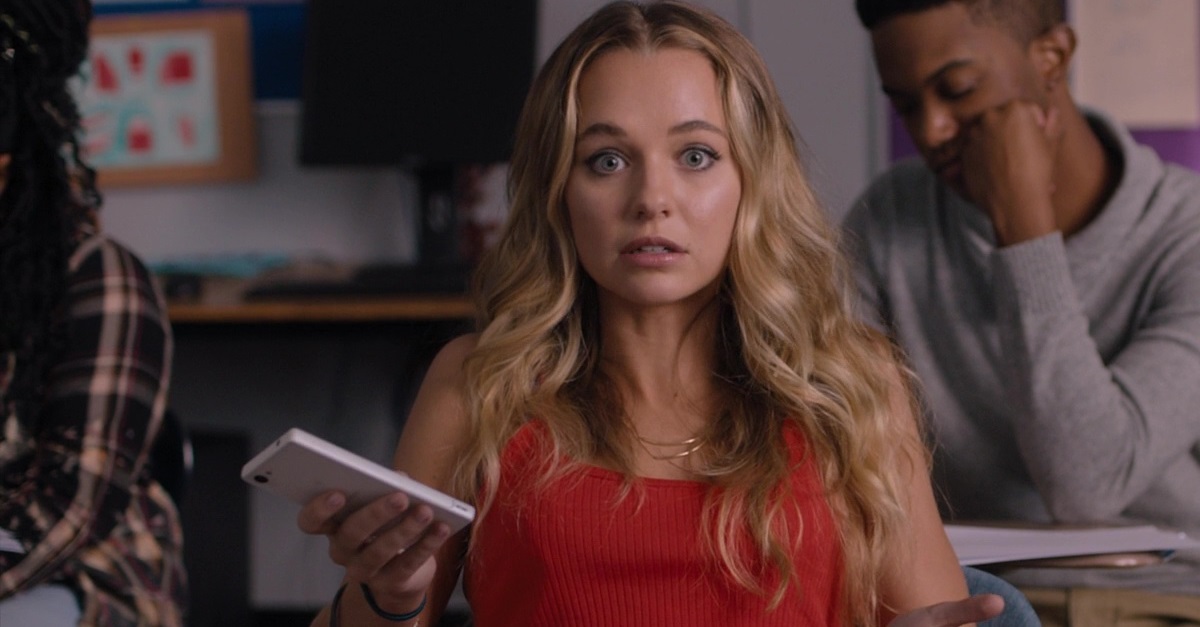 Madison Iseman is set to play a lead role in the upcoming comedy ‘The F**k-It List’ alongside Eli Brown, Peter Facinelli and Jerry O’Connell. The plot follows Brett Blackmore (Brown), a high school senior whose prank goes terribly wrong. When Ivy-League institutions withdraw their acceptance as an aftermath, Brett is left with despair.

Out of frustration, he creates a list called The F**k-It List which goes viral, catapulting him as an internet sensation overnight. Madison Iseman plays the role of Kayla in the movie, which is directed by Michael Duggan from a screenplay he co-wrote with Dan McDermott. 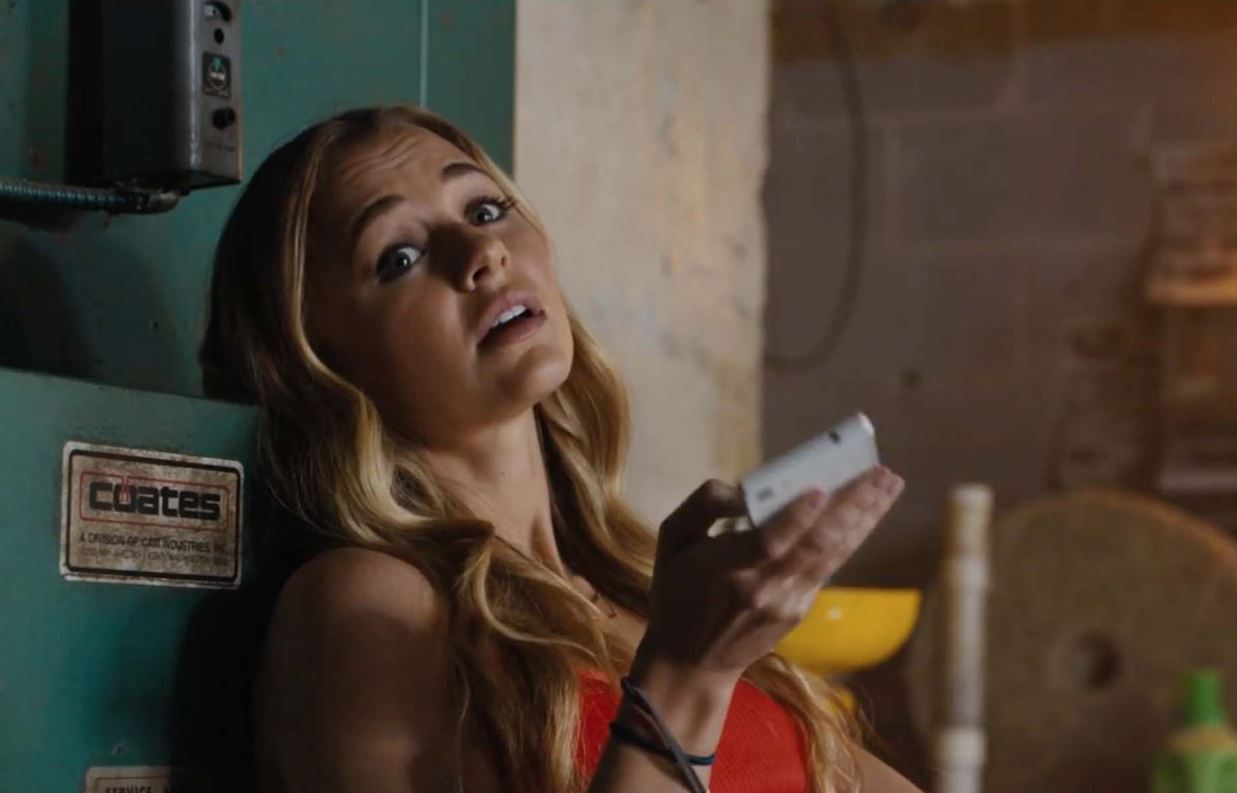 Billed as a psychological thriller, ‘I Saw a Man with Yellow Eyes’ features Katherine Heigl, Harry Connick Jr. and Madison Iseman in the lead roles. The plot reportedly follows a teen girl who battles with terrifying hallucinations as part of her schizophrenia problems.

Her life turns on its head when she starts to suspect her neighbor is a kidnapper who held a child as a hostage. Her parents, who have their own dark secrets to deal with, aren’t reliable anymore. All she has to depend on, is a boy named Caleb whose existence can be one of the hallucinations of the girl. ‘I Saw a Man with Yellow Eyes’ is written and directed by Castille Landon. 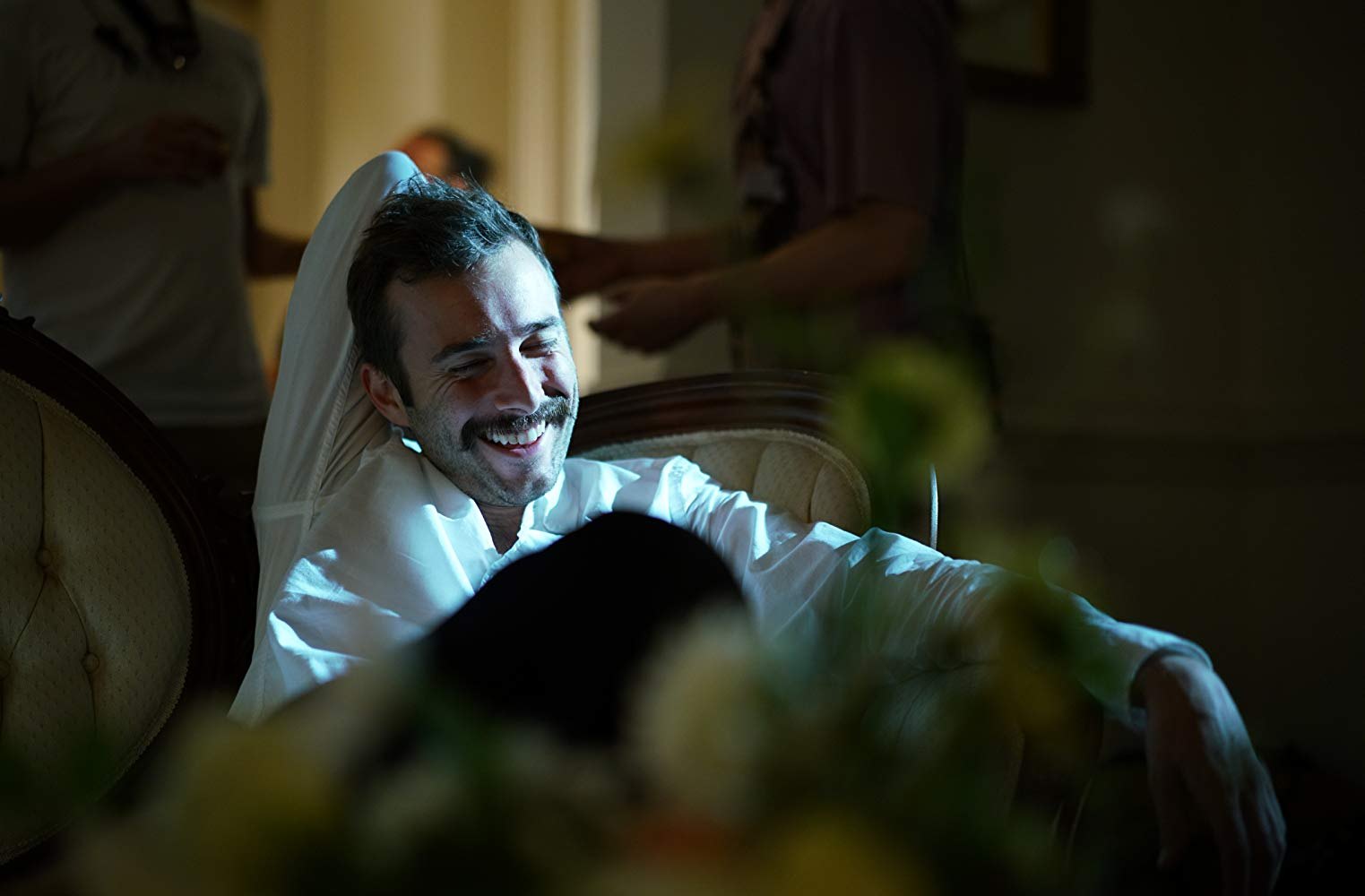 Madison Iseman can be seen alongside Reece Thompson and Jay Huguley in the comedy feature ‘The Fox Hunter.’ The plot revolves around a family of media moguls who go through various seasons of death, wealth and love. Iseman plays the character of Lily O’Connor in the movie. ‘The Fox Hunter’ is written and directed by Patrick Shanahan. It released on March 31, 2019. 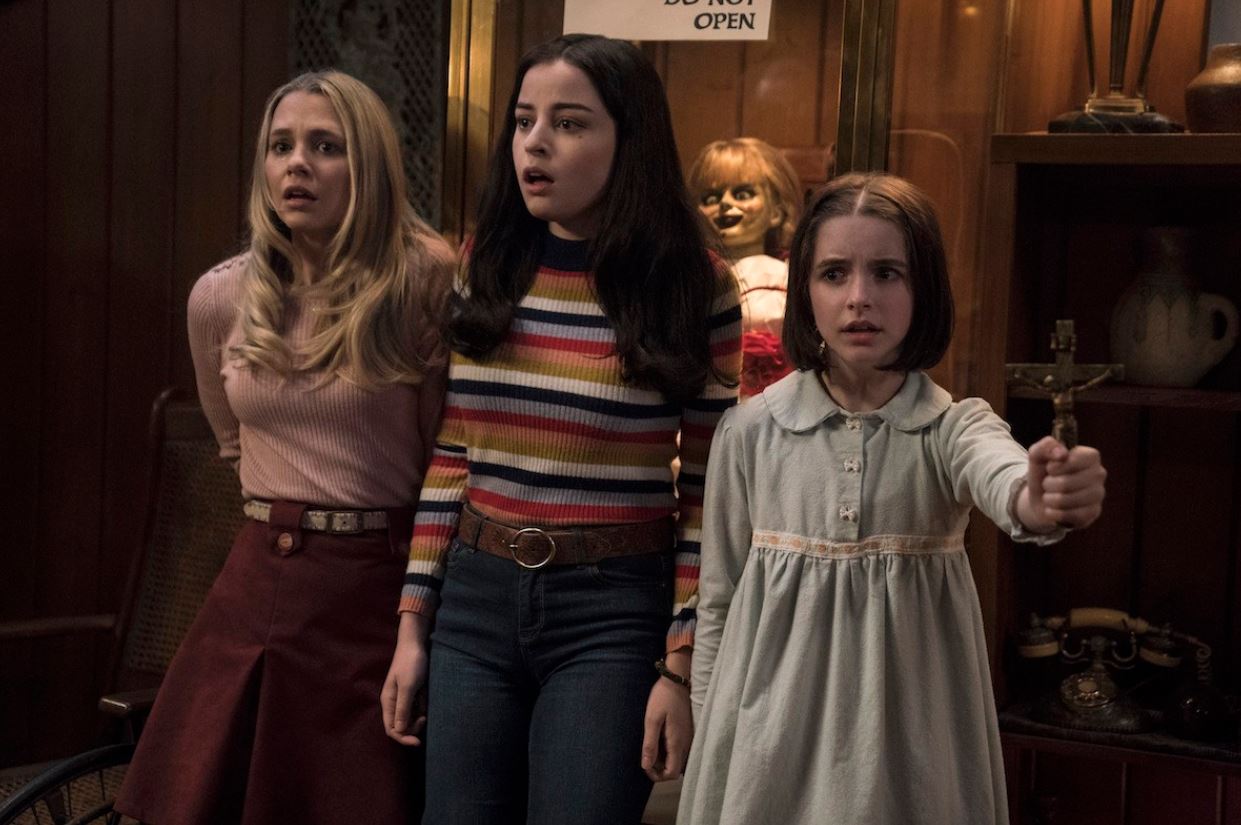 The sequel to the 2014 movie ‘Annabelle’ and 2017 flick ‘Annabelle: Creation,’ ‘Annabelle Comes Home’ evokes the horrors of the murderous Annabelle doll for the third time. As the title implies, ‘Annabelle Comes Home’ revolves around demonologists Ed and Lorraine Warren (Patrick Wilson and Vera Farmiga) who bring the Annabelle doll to their home in the hope that they can put the evil inside it at bay. They lock the doll along with other possessed artifacts in the basement and safeguard the room with holy objects.

But their precautionary measures do not help as Annabelle wakes up along with other evil spirits in the room on a decisive night. The first people to meet her wrath is the young daughter of Warrens, Judy (Mckenna Grace), and her babysitters (Madison Iseman and Katie Sarife). Written and directed by Gary Dauberman, ‘Annabelle Comes Home’ came to theaters on June 26, 2019. 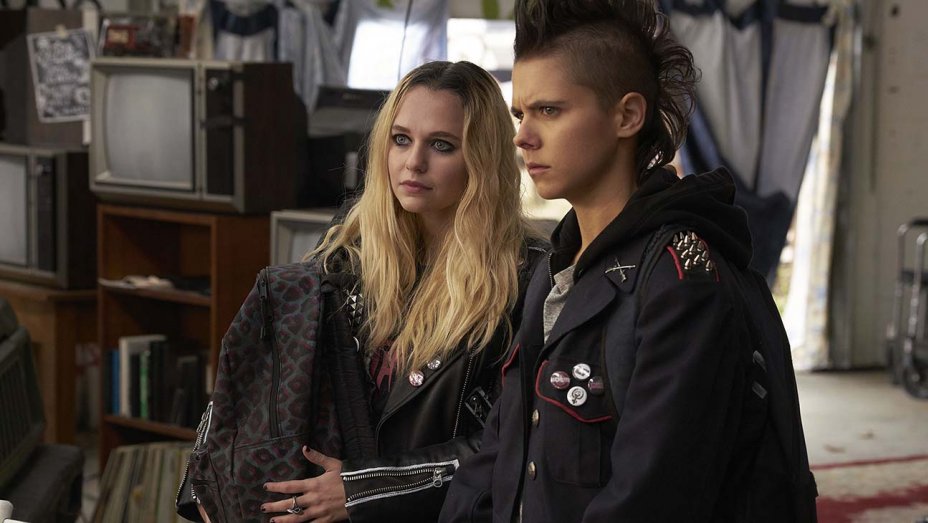 ‘Riot Girls’ is a post-apocalyptic horror flick from director Jovanka Vuckovic, who is known for the horror anthology flick ‘XX.’ The plot centers on the town of Potter’s Bluff which has been split into two halves, the East and the West after a mysterious epidemic wiped out a majority of the population. The East is occupied by scavengers while the inhabitants of the West are reigned over by the dictator Munro Chambers (Turbo Kid).

The two sides have a face-off when the Eastsider Jack (Alexandre Bourgeois) murders two Westsiders during his scavenging routine. The West captures and sentences him for a public execution. Upon learning the shocking news, his sister Nat (Madison Iseman) teams up with her best friend Scratch (Paloma Kwiatkowski) to infiltrate the West’s defense to rescue her brother at any cost. Jovanka Vuckovic directs the movie from a script by Katherine Collins. ‘Riot Girls’ released on September 13, 2019.

‘Feast of the Seven Fishes’ is a slice of life comedy story that comes from Robert Tinnell, who has also written the story. The movie depicts an almost magical situation that begins to unfurl during the family’s vacation time when they happen to be celebrating the titular ‘Feast of the Seven Fishes’. The premise is not entirely new, insofar as it clumps opposite people from different walks of life, and they begin to click due to the inherent celebratory tones of the situation.

The story is set in the rust belt town located on the banks of the Monongahela River. It is set during the early days of the MTV phenomenon. We are introduced to a working-class Italian-American Catholic boy, who happens to be nice. He decides to invite an affluent, Ivy League Protestant girl to his family’s traditional feast. At the noisy but delightful seafood feast, sparks begin to fly between the two.

The movie is a sweet film about reminiscing the past while seeking love in the future. Madison Iseman appears as Beth in the movie and delivers a strong performance. ‘Feast of the Seven Fishes’ released on November 15, 2019.