When Will Mafia Killers With Colin McLaren Season 2 Premiere on Reelz? 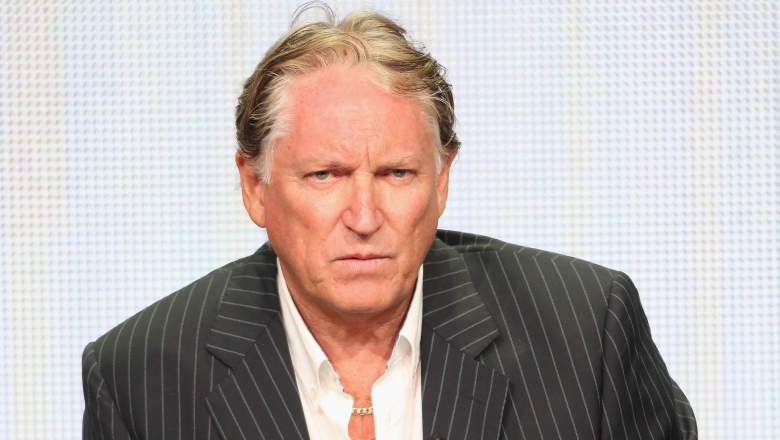 Mafia and gangster related documentaries are lauded by the audience of all age groups globally. Not unaware of this fact, Reelz Network came up with a new documentary named Mafia Killers with Colin McLaren that involves portraying the mafia world through the eyes of an ex undercover cop, Colin Mclaren.

The story revolves around five mobsters running the wild city of New York. McLaren shares his first-hand experiences about these crime families and showcases details about the ways they operated — in his two years of being an undercover cop. The series provides viewers with bone-chilling true experiences of mafia families and their methods of function and also their causes of downfall.

The question now arises: will there be a Mafia Killers with Colin McLaren season 2? We will delve into that question, but first let’s quickly look into the details of the series.

Who’s the host of Mafia Killers with Colin McLaren?

The documentary revolves around six notorious mobsters and has the globally eminent detective Colin McLaren depicting first-hand stories about the mafia families. McLaren has been involved with Reelz in documentaries before, and Mafia Killers is his third project with the channel.

His first work with Reelz is being a part of the documentary named, JFK: The Smoking Gun, where the detective is seen solving crimes related to the JFK assassination — followed by the second documentary titled Princess Diana’s Death: Mystery Solvedk where he is instrumental in answering some archaic questions surrounding the death of Princess Diana in a car accident.

What is Mafia Killers with Colin McLaren about?

The story surrounds the globally-acclaimed ex undercover cop, Colin McLaren and his stories regarding the lives of six extraordinary mobsters in New York City. McLaren has often come close to death during his two-year undercover stay with the Griffith Media. These mafia families played a significant role behind organised crime in New York City during that era.

Season 1 of the documentary has six one-hour-long episodes dedicated to each mobster. Mafia Killers portrays the clear picture of mobsters during those times, along with their lifestyle, strengths and weaknesses. The episodes contain stories about John Gotti- The Teflon Don (Episode 1), Sammy ‘The Bull’ Gravano (Episode 2), Carmine ‘ The Snake’ Persico (Episode 3), Anthony ‘Gaspipe’ Casso (Episode 4), Henry Hill ‘The Goodfella’ (Episode 5) and Vincent Gigante ‘The Godfather’.

The stories show how these mobsters were a part of organised crime in New York City, who made their way to the top as some became the small rats and one of them was the mastermind of the biggest armed robbery that the United States ever saw. Mafia Killers additionally lends detailed descriptions on the lives of the mobsters and focuses on each little aspect about them — as to how they lived before becoming influential personalities, or how was their personality in poverty.

It also depicts their journey to the top of the social ladder of power and money. Moreover, the docuseries sheds light on what kept them motivated through their journey to the top and finally explores the reasons that caused their downfall. Mafia Killers with Colin McLaren also features the inner stories of crimes and the conditions of the government and how it changed over the course of time in that era.

Mafia Killers with Colin McLaren Season 2 Release Date: When will it premiere?

Directed by Tim Conrad, who is known for his works dealing with crime, thrillers, history and adventure drama documentaries, it is an engaging show. After all, this genre is definitely Conrad’s forte.

However, season 2 of Mafia Killers has not yet been renewed yet. But no one knows what the future holds for the documentary. It is a matter of time until we get an update on its renewal status. And if it is recommissioned for another installment, we expect Mafia Killers with Colin McLaren season 2 to premiere sometime in mid-2020. Fans of crime documentaries all around the world must wait a little longer until something worthwhile is announced by Reelz network or Bedlam Productions. This section will be updated as we find out more. Stay tuned.

Mafia Killers with Colin McLaren is yet to be commissioned for a second season, and hence both Reelz Network and Bedlam Productions Limited are yet to release any trailer. In the meantime, viewers can check out season 1. Watch the preview of an episode here.