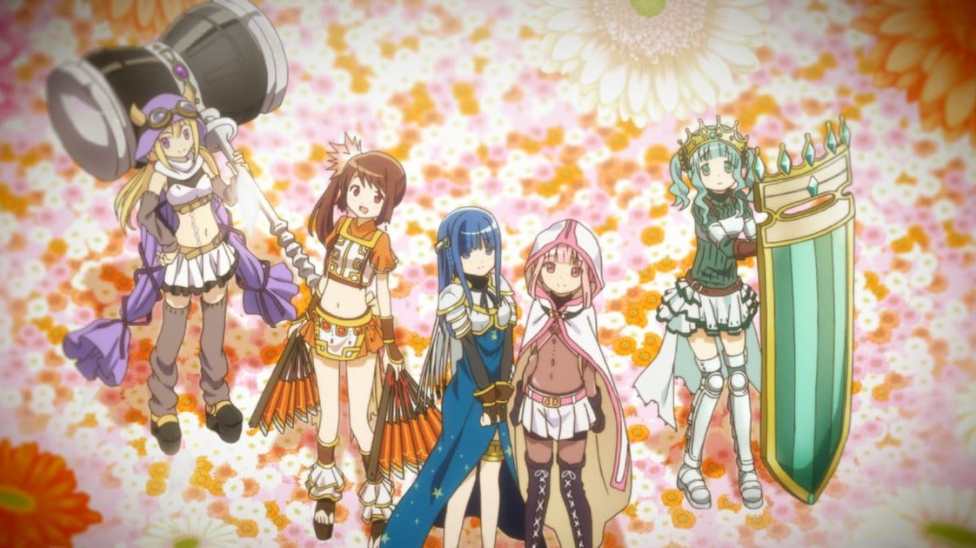 The critically beloved ‘Madoka Magica‘ franchise has been around for quite some time now and what’s really surprising about it is that despite being a “magical girl” anime, it attracts all kinds of anime fans. Even if you’re a big fan of psychological thrillers like ‘Deadman Wonderland‘, ‘Mirai Nikki‘ and even ‘Death Note‘, ‘Madoka Magica’ will certainly have something for you.

So far, Studio Shaft, known for creating anime shows like ‘Bakemonogatari‘ and ‘Sayonara Zetsubou Sensei‘, has done a great job with the animation style of this anime which basically encapsulates all the dark psychological themes of the series. So don’t judge this anime by its title because it’s a lot more than a typical Mahou Shoujo. The creators just try to trick you into believing that it is something you’re familiar with and that’s when its amazing plot unfolds itself. Something similar can be expected from this new version of this anime and as fans, we just can’t wait for it.

Magia Record Season 1 Release Date: When will it premiere?

About 8 years ago, the world of anime was introduced to ‘Puella Magi Madoka Magica’ and since its release, fan just can’t get enough of this anime franchise. Animated by Studio Shaft, a new version of the ‘Madoka Magica’ series, titled ‘Magia Record: Mahou Shoujo Madoka Magica Gaiden’, will premiere on January 5, 2020.

The details regarding the streaming of the anime have not been released yet, but you can still stream other versions of the ‘Madoka Magica’ series on Crunchyroll.

The basic premise of ‘Magia Record: Mahou Shoujo Madoka Magica Gaiden’ is quite similar to all the other different versions of the franchise and this time, it revolves around a magical girl named Iroha who is on a hunt to look for her lost sister in the fantastical lands of Kamihama. Meanwhile, in Kamihama itself, Madoka is trying to look for a similar lost entity named Homura.

San Futaba is a magical girl who has a very negative outlook towards life and it has a lot to do her upbringing. Since she was a child, she was always ostracized by her family and friends and because of this, she never really developed any self-respect. She is very polite and gentle to everyone around her and is never able to say no to anyone. A lot of people take her lack of confidence for granted while she just obediently serves them without defying anything that they expect from her.

Felicia is the exact opposite of Sana as she is always overly energetic. She really despises witches because they had killed her parents when she was a child. She never forgets about this and wages a war against all the witches of Kamihama to get revenge. During battles, she completely loses herself and her wild expressions are influenced by all the shounen manga she is into. But despite being so violent during battles, she is actually very kind to ones she loves and has a thing for animals.

Yachiyo is a very experienced magical girl who knows everything about Kamihama. She has been there for the past seven years and now she is determined to fight all the witches who live there. Usually, she tries to stay away from all the other magical girls but just because she has to collect some information about the rumors that have been going around in Kamihama, she makes an attempt to talk to a few of her kind.

Iroha is one of the primary protagonists of the series who keeps having mysterious dreams. To find out the true meaning of these, she decides to go to Kamihama City. When it comes to her personality, she often gets really anxious about the most minor things but still tries to be really friendly to everyone around here. She is quite reserved but has a really strong will which can be seen during her battles. She is also really old-fashioned and is not familiar with any new gadgets and technologies like smartphones.

Just like Felicia, Tsuruno is always full of energy and she comes from a very well-known historic family of magicians. But in the present events, her family has lost all of its glory and she takes it upon herself to bring to restore its name by becoming the most powerful magical girl in the world.