Will There Be A Magic For Humans Season 4? 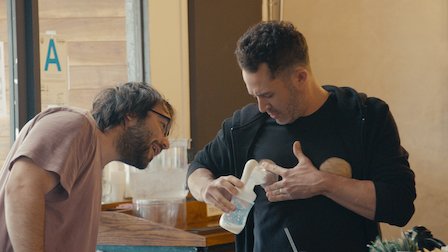 ‘Magic For Humans‘ is a reality series that highlights the fun of performing magic. We have the magician who impresses people on the streets with his tricks and illusions. Throughout time, humans have been fascinated by the inexplicable, and though most magic acts have an explanation behind them, the obscured truth captures our attention. The Netflix show has had a fantastic run for three seasons, which might make you wonder whether there will be a ‘Magic For Humans’ Season 4. Let’s find out.

‘Magic For Humans’ Season 3 aired on May 15, 2020. Before that, Season 2 had aired in December 2019, and Season 1 in August 2018. In the absence of a pattern, it’s hard to pinpoint when the next season might drop. It is noteworthy to mention that Netflix hasn’t greenlit the show for Season 4 yet, either.

However, the series is rather popular, and the show’s creator is somewhat confident of a renewal. Even if it is okayed, we can expect a delay due to the coronavirus pandemic. Therefore, the earliest we can expect ‘Magic For Humans’ Season 4 to release is in May 2021.

Who is in Magic For Humans?

All eyes are on Justin Willman in ‘Magic For Humans.’ The reality show persona is the magician who carries out the acts and is the creator of the Netflix series. Apart from his show on the streaming platform, Willman has often appeared in popular talk shows like ‘Conan’ and ‘The Ellen DeGeneres Show.’ He also hosts shows like ‘Halloween Wars‘ and ‘Cupcake Wars.’ Justin has expressed an interest in returning if the show is renewed, but he also wants to tour more and perform in front of live audiences.

What is Magic For Humans About?

‘Magic For Humans’ explores the premise of whether magic can unite humanity. Emotions like guilt, fear, and wonder connect all humans, and the series addresses these. Lessons on trust and forgiveness are juxtaposed with fun acts. The tone is fast-paced, and Justin claims he avoids camera edits for his illusions.

One can expect to see some classic card tricks, objects appearing in sealed bottles and balloons, as well as Justin’s ability to spit out different kinds of food from his mouth. The series captivates audiences and prevents them from looking away, which is the reason behind the success. The sleight of hand is fantastic, and Justin often explains his magic tricks as well.

If the show does return, we expect to see newer tricks that Willman is practicing during the quarantine period. In a post-pandemic world, people could use a little magic, and many will be looking towards the Netflix series to deliver.