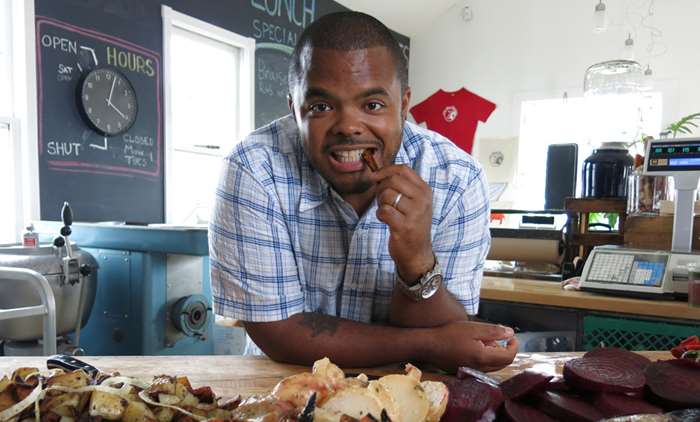 There has been a recent trend of faux-documentary style reality TV shows. There’s also the advent of independent vlogging and its cooking-oriented offshoots (which often centers homemade and/or improvisational recipes). In the midst of all these new types of shows, the traditionally structured old-fashioned cooking shows have somewhat diminished in influence. But it still has a stable foothold, thanks largely to dedicated channels on it such as the Cooking Channel — a part of Food Network. Nearly all of its primetime is filled with hour-long originals that center on cuisine.

Ever since the network rebranded in 2010 into a channel about cooking from the precedent Fine Living Network, one of the most successful and mainstay shows on the network have been ‘Man Fire Food’ with Roger Mooking. The show has been a massive hit right since its 10-episode debut season in 2012. Since then, ‘Man Fire Food’ has had eight remarkable seasons. Here’s everything we know about ‘Man Fire Food’ season 9.

Man Fire Food Season 9 Release Date: When Will it Premiere?

The show has been a mainstay on the platform for quite some time now and continues to grow its audience base every year. Hence, we were not surprised when the channel renewed the series for yet another outing. On April 29, 2020, the network also revealed its release date. ‘Man Fire Food’ season 9 will premiere on Wednesday, May 20, 2020, at 9:00 pm ET/6:00 pm PT.

If there is one person that defines ‘Man Fire Food’, it is the amiable and excellent host Roger Mooking. The Canadian MasterChef has been a television personality for quite some time, guest-starring in more than six cooking shows on various networks, as well as hosting and co-creating ‘Everyday Exotic’ on Food Network Canada (and also has an R&B/soul band called Bass is Base). Mooking is the single biggest contribution behind the show’s successful run. Undoubtedly, he will also be seen in the upcoming edition.

What Can Man Fire Food Season 9 be About?

It is normal to think that such a long-standing show about cooking is bound to get strictly formulaic and therefore boring eventually. However, this is not true for ‘Man Fire Food’ for a couple of reasons. The first reason is the charismatic personality of the host, Mooking, and secondly, the show is not in one selfsome studio, but instead, the show merges a traditional cooking show with the overtones of a travelogue, as Mooking travels across the continent to different cities in order to try and explore the unique flavor of its cuisine. This is also the reason that the show never runs out of new and interesting recipes to spice up the dynamism even though it limits itself to open fire cooking.

In season 9, we will follow Roger as he lands at the Comfort Farms in Milledgeville, Georgia where he partakes in cooking whole mutton, complete with seasoning and farm-fresh ingredients. Next, he travels to Bob Sykes Bar-B-Q in Bessemer, Alabama — to learn the techniques of the traditional open brick-pit barbecue. Roger visits several other destinations in the episodes, including Saint Augustine, Florida; Austin, Texas; and Chattanooga, Tennessee.