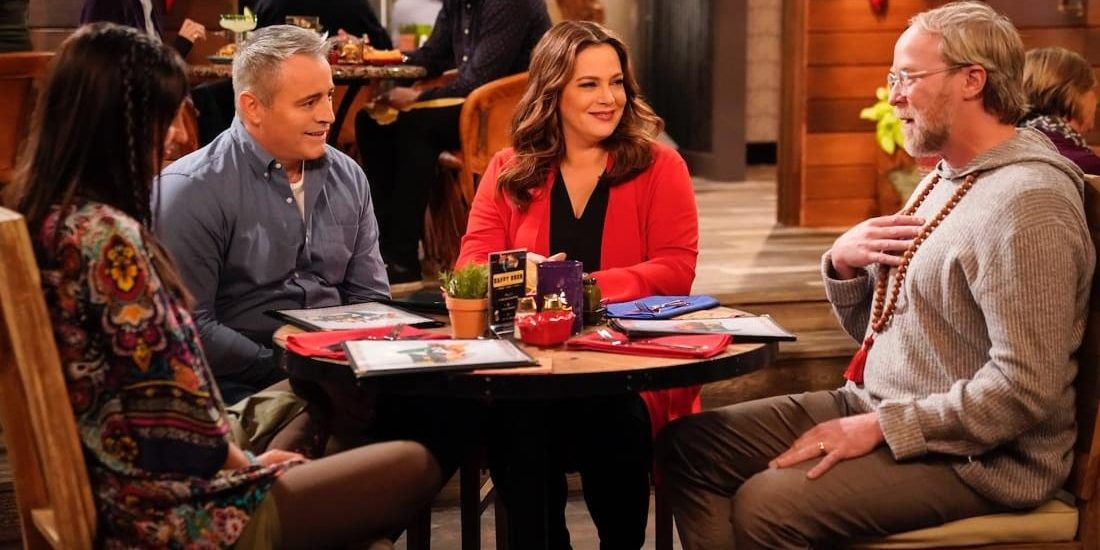 Matt LeBlanc is back in a sitcom, but this time he doesn’t play a character similar to the irresponsible but adorable roommate Joey Tribbiani. Instead, he appears as a responsible father with conservative values in ‘Man with a Plan.’ However, that has not stopped ‘Friends’ fans from flocking to the show, which has had a good run for four seasons.

The current season is heading to an end, and it has been quite an enjoyable experience. We have seen Adam and Andi worry about birth control measures, taking responsibilities of a chaperone when their daughter goes to the mall and making conversations about sex awkward. Adam strives to look after his kids while Andi returns to work. At the same time, he runs a business with his brother and has to look after his attention-seeking father.

Adam makes a tough life seem effortless, which might make you wonder what he gets up to in the latest episode. We have the rundown and spoilers for the upcoming episode. We will also tell you when and where to watch it.

Man with a Plan Season 4 Episode 12 Release Date: When Will It Premiere?

Where to Stream Man with a Plan Season 4 Online?

‘Man with a Plan’ is on CBS. Therefore, the easiest way to watch it is with a cable subscription. If you don’t have a subscription, you can catch the episode online on the CBS site. Moreover, in today’s day and age, cord-cutters are on the rise and prefer to consume their content online. Since they make up a large part of the viewer base, several options have been made available to them.

You can stream ‘Man with a Plan’ on Fubo Tv and DirecTV. Notably, some of these platforms offer a free trial period before charging you for the services. If you are an Amazon Prime subscriber, you can purchase and stream individual episodes. You can also opt to add the CBS pack to your existing subscription. After a month-long free trial, it will cost you $5.99 a month.

The upcoming episode sees Adam trying to support his eldest daughter, Katie, before her driving test. She does not turn out to be an excellent driver, and Adam has to think of creative ways to help her, so she manages to pass. Don has romance on his mind and wants to start things up with Marcy. He goes to Lowell for help. Will Katie pass the test, or will there be goof-ups? Knowing the show, we’d bet on the latter!

Adam and Andi spend most of their time being parents and working to make ends meet. The couple decides to spice up their social life by making new friends. If you have been married for a long time, it is natural to want to meet new people with similar tastes and interests. However, as luck would have it, Mr. and Mrs. Burns find themselves among an unusual bunch.

The episode is one of the few instances where Andi and Adam get a lot of screentime together and maintain a degree of humor. It makes “Adam and Andi See Other People” memorable in terms of character development and narration.