When Will ‘Mancave’ Return to BET? 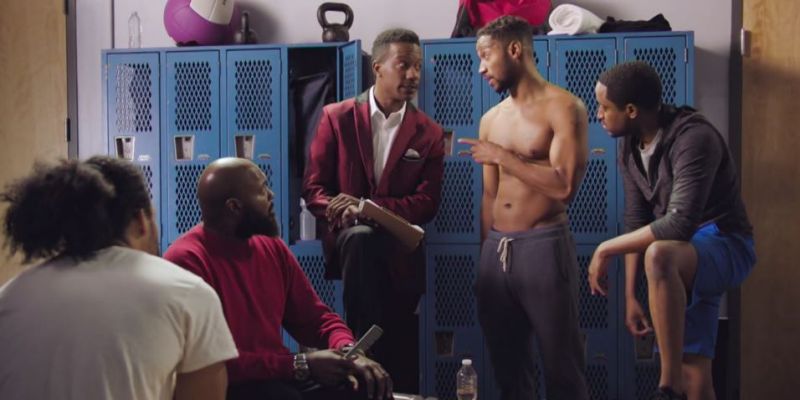 ‘Mancave’ is an American television late-night show produced by comedy mogul, Steve Harvey with the BET network. Other producers include the East 112th Street production house and Truly Original. ‘Mancave’ is conceptualized by, and is the brainchild of Jeff Johnson, who anchors the show.

‘Mancave’ features a group of African-American mates from different parts of the world who sit together to discuss a wide range of topics such as sports, current events, politics, relationships, sex, entertainment, pop culture, love and much more. BET’s ‘Mancave’ gives insight and an unfiltered look at how men talk, and about what, when in the company of their inner circle containing just male friends.

The first season of BET’s ‘Mancave’ premiered on Thursday, January 18, 2018. A total of 12 episodes were telecast in the first season of the show. Now the question is, will there be a ‘Mancave’ Season 2? Let’s quickly look into the details of the series as we answer that question.

Mancave Season 2 Release Date: When will it premiere?

‘Mancave’ Season 1 premiered on January 18, 2018, and ran until April 12, 2018, for 12 episodes on the BET network. It received positive reviews from critics and has since become popular, especially amongst the black community. There is no official news from BET regarding a follow-up season as of now but if it were to be renewed, we would be looking at a 2020 release for ‘Mancave’ Season 2. We will keep you updated as we find out more.

Who is the Host of Mancave?

‘Mancave’ is spearheaded by the show’s creator and anchor, Jeff Johnson. Jeff is an influential journalist and public speaker. He famously appeared for two seasons on the BET network’s show, ‘Rap City’ where he spoke about issues like violence and voting.

He also hosted a news show titled, ‘The Truth with Jeff Johnson’ in 2008. In his career as a journalist, Jeff has interviewed President Barack Obama, Senator Hillary Clinton and was the only American reporter to interview Ellen Johnson Sirleaf. Jeff is joined by Gerald ‘Slink’ Johnson. Gerald is best known for his role as Black Jesus. He is also a professional voice over artist and has provided the voice for Lamar Davis in the Grand Theft Auto game franchise.

Durrell Babbs, better known by his stage name, Tank, is also one of the cast. Tank is a professional musician, songwriter and record producer. Marcos ‘Kosine’ Palacios completes the gang of guys. Marcos is a part of the duo, Da Internz and is a nine-time Grammy nominee. He is credited as the songwriter and producer for some of the biggest hits for Nicki Minaj, Rihanna, Justin Bieber, and Nas.

While Season 2 might bring back the same gang of guys, or focus on a different group, one thing is for certain. Jeff will be back as the anchor, walking us through the conversations that take place in ‘Mancave’.

What is Mancave About?

When a group of men with strong opinions sit together, we can be certain that the chats are going to be diverse, extremely funny and entertaining. BET Networks ‘Mancave’ is exactly that. It features a gang of African-American men who hail from different industries, who sit together for a chat.

For all you curious women out there who wonder what men talk when they meet up, this is the show that will provide you with an answer. Although ‘Mancave’ is an all-men show, the discussions are not just about sports but instead cover a wide range of topics like entertainment, politics, pop-culture, relationships, sex, love, and much more.

Each episode features a guest who joins the gang as they argue, compliment and have a hearty laugh in each other’s company. Since the show is part of the BET (Black Entertainment Television) network, it offers a unique perspective of the world from the point of view of African Americans as it also explores the challenges their community faces. The show goes on to explore where men stand in an ever-progressive society. It unfolds the layers of what it’s like to navigate the world from the view of an African American man.

One of the most fulfilling parts about ‘Mancave’ is the unfiltered humor. Heated debates, genuine emotions, and humor make their opinions and experiences colorful, and it is worth watching the show. Jeff Johnson and the gang form the perfect team of friends who constantly pull each other’s leg, and have a great time with the celebrity guest.

With escalating arguments and serious political discussions to ignorant yawns and heartfelt laughter, ‘Mancave’ is a complete entertainment package. Some of the topics explored in Season 1 include brotherhood, relationship red flags, authenticity, confessions, and revelations. Season 1 of ‘Mancave’ features some of the biggest African American names including, Lamar Odom, Nipsey Hussle Mack Wilds, Hip-Hop legend Jermaine Dupri, and Xzibit.

The late-night chat show format designed by BET suits the show perfectly. If you want to de-stress after a long, hard day at work, ‘Mancave’ is the perfect show you are looking for. It is simply a female free late-night talk show which involves four men who all come from different backgrounds and worlds, having a lot of opinions. Grab a beer, relax and enjoy as you almost become part of this fun gang.

Here’s a sneak peek from Mancave’s episode featuring Steve Harvey. The show is available to stream on Prime Video.