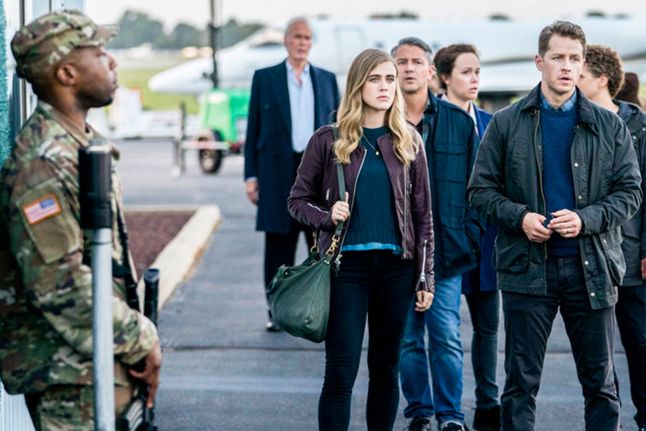 The second season of ‘Manifest’ helped viewers land into another installment of intrigue and suspense when it dropped at the start of this year. The relatively low waiting period between the seasons certainly delighted fans a great deal.

The drama series focuses on the passengers of the Montego Air Flight 828 who experience a rather mysterious incident. Their “turbulent but routine” flight seemed to have landed after the world had aged five more years. The passengers, however, spent a regular amount of time in the air.

The drama captures the tension that arises when these passengers try to reintegrate into society and come to terms with their partners, friends and families having moved on without them.

Manifest Season 2 Episode 5 Release Date: When Will It Premiere?

Where Can I Watch Manifest Season 2 Episode 5 Online?

You can watch the fifth episode of the second season of ‘Manifest’ by tuning into NBC during the time slot given above. Otherwise, you can catch it on NBC’s website or official app as well.

Additionally, the episode can also be streamed online on Direct TV, Fubo TV, YouTube TV and Sling TV (either through the Blue bundle or the Orange + Blue bundle). Plus, specific episodes can also be rented/bought on Amazon Prime.

In the fourth episode of the second season of ‘Manifest,’ TJ goes to talk to Ben about another calling that he gets. He meets Olive, but not for the first time. It is revealed that Olive had thought about boarding Flight 828 in Jamaica. However, the last ticket ended up being booked by TJ.

Olive acts as if she does not know TJ. She does help him decipher his calling though. TJ sees a symbol with a bug, a bird, a tiger and a fish and Olive helps him identify it as “The Grammercy Club.”

On the other hand, Logan attempts to rob a bank in order to steal a compass from his brother’s safe. Mic and Zeke have the same calling again and go to the bank just before Logan robs it.

TJ’s calling leads him and Ben to Logan’s brother who has the key to his safe containing the compass. Hence, TJ’s calling helps prevent Logan from robbing the bank. Logan gives his brother’s compass to Mic who notices a peacock design on its back.

Meanwhile, Saanvi and Vance start to work on the Major a.k.a. Saanvi’s therapist. However, the Major is one step ahead and orders her people to rob Saanvi’s place. This gives her access to everything that Saanvi knows.