What to Expect From Manifest S02 E06? 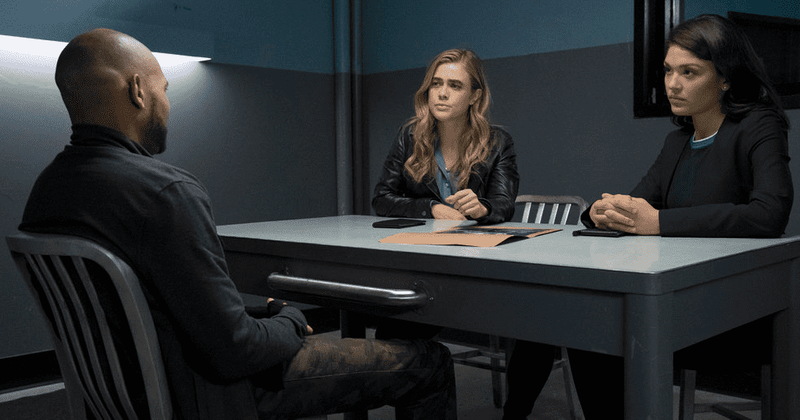 ‘Manifest‘ Season 2 takes us deep into the mystery of the flight that seems to have landed five years later. We once again follow the passengers on the Montego Air Flight 828, which experiences mysterious turbulence. Once the flight lands, the passengers realize that years have passed.

The series tips its hat to ‘Lost‘, but has managed to become well-liked by fans. The new season is off to a good start as well, building on the existing intrigue. Naturally, you might be wondering about what goes down in the latest episode of ‘Manifest’.

We are here to tell you that, right after walking you through when and where to watch the upcoming episode.

Manifest Season 2 Episode 6 Release Date: When Will It Premiere?

The upcoming episode has been titled “Return Trip”. We see Ben and Saanvi organizing a reunion for an emotionally closed off Flight 828 passenger. Zeke’s past comes to haunt him, threatening to destroy his new life, while Jared learns about increasing anti-Flight 828 sentiments.

Where Can I Watch Manifest Season 2 Episode 6 Online?

‘Manifest’ is on NBC, so the simplest way to watch it is with a cable connection. In case you don’t have one, you can use the NBC site to stream the episode. Cord cutters have options made available to them as well. Add the NBC pack to your Hulu subscription to stream the episodes of ‘Manifest’.

You can watch the promo for the upcoming ‘Manifest’ episode below. It seems that in an attempt to save the passengers, a dangerous experiment is tested by Saanvi, on herself.

Episode 5 sees Olive becoming a much more central part of the storyline. In a flashback to two years after the flight’s disappearance, we see Olive and Grace getting their fortunes told with Tarot Cards. The cards predict a time of isolation and withdrawal for them.

Olive has a conflict of faith and finds solace in the group Adrian leads with his public messages. Meanwhile, Ben remains a man of science despite the mysticism around him, even believing that he can explain the magic with his science. However, he cannot quantify all the answers.

As Adrian’s practices bring the 828-ers to the forefront, Ben feels the need to rescue Olive. Adrian and Michaela seem to be at loggerheads, as well. Ben’s savior complex makes him kind of the bad guy this week, as he aggressively confronts Adrian. However, this seems to be more motivated by anger, than desperation.

Towards the end of the episode, we see Zeke, who is working in the NA program. He has hurt people in the past with his actions and has something to be strong for, finally. However, we know that this show of vulnerability might be upended with Zeke’s past coming to haunt him in the upcoming episode.