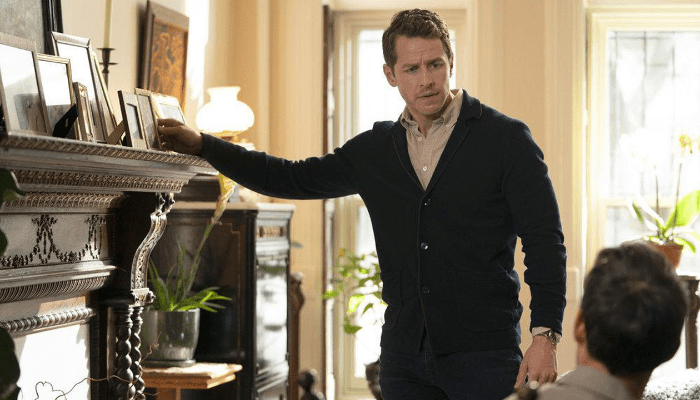 ‘Manifest‘ Season 2 continues the story of the passengers who return to earth five years after their flight had taken off. Unaware of what happened in the meantime, these people have to adjust to a new world, and their own lives, which have changed in their absence.

The show continues to be well-loved for the twists and moments of drama. Naturally, you might be wondering about what happens in the latest episode of ‘Manifest’. We are here to tell you that right after telling you about when and where you can watch the upcoming episode.

Manifest Season 2 Episode 7 Release Date: When Will It Premiere?

‘Manifest’ Season 2 Episode 7 is slated to release on Monday, February 17, 2020, at 10/9c on NBC. Titled “Emergency Exit”, the episode sees the passengers of the fateful Flight 828 realizing what their callings actually are. Saanvi seeks help from an old flame, while Ben tries to protect his daughter by confronting Adrian. Zeke and Michaela have trust issues they need to resolve.

Where Can I Watch Manifest Season 2 Episode 7 Online?

Episode 6 continues building on the backstories of the passengers of Flight 828, and we see Zeke’s past. He was rather different when he was with Courtney. Not only was he hopped up on drugs but enabled Courtney’s addiction as well. It remains to be seen how Zeke is with Michaela, but they both inwardly fear that the former might relapse.

Meanwhile, Jared suffers through a lot of bitterness because of how Michaela strung him along, before and after Flight 828. With his personal and professional life blown up, Jared just might be willing to take some drastic action. Saanvi can be seen reaching out to Ben in a ‘vision’. These ‘visions’ are becoming more common among the people, and are popping up like wildfires.

Saanvi and Ben see a young and terrified boy, who needs their help. However, this lad was not part of the flight. A good amount of research reveals that his father was on the flight. The late-night dalliance that caused him to miss his earlier flight, and put him on Flight 828, is what led to the birth of this child.

This ‘calling’ required Saanvi for her medical expertise. Upon diagnosing the case, she realizes that the boy has a rare liver condition, which could be fatal if it remained undetected. Finn, the boy’s father, wants to help out anonymously. This is because Finn wants to help his son, but also protect his own family life. They save the boy for now, but Saanvi continues experimenting, even on herself, to ensure there is a cure to completely get rid of the anomaly in the boy’s liver.