When Does Manifest Season 3 Premiere? 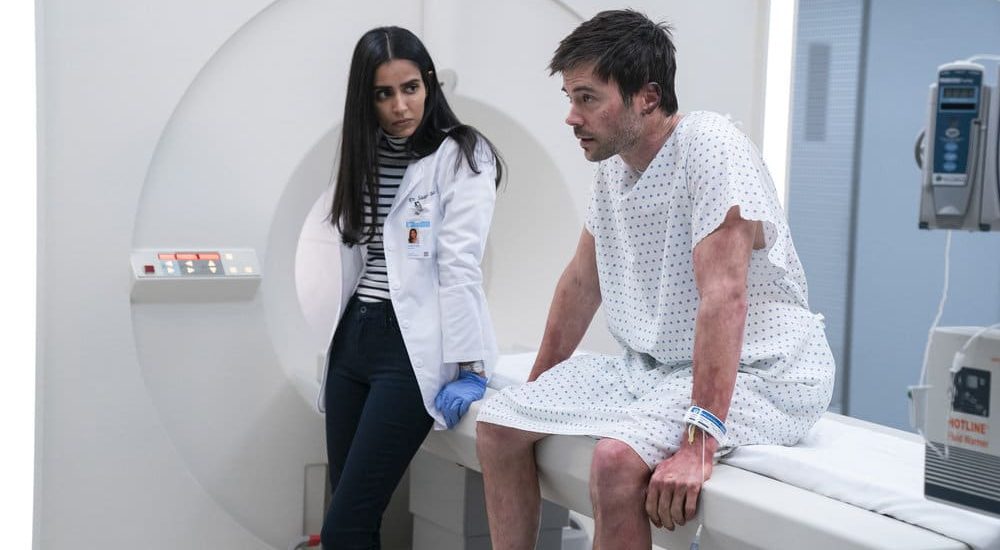 ‘Manifest’, helmed by Jeff Rake as the creator, is a supernatural drama, that premiered on NBC on September 24, 2018. The show follows the eerie events surrounding the shocking reincarnation of a bunch of passengers and crew members, who had seemingly perished for the last five years. Upon its premiere, ‘Manifest’ opened to good reviews, thanks to its success in balancing supernatural mystery with melodrama — coupled with an excellent cast. The series additionally received praise for its ability to morph from simpler starting plot arcs to meatier storylines.

In fact, the inquisitive, bold, and uncynical approach, accompanied by a compelling premise and chains of mysteries + questions are ingredients that have made ‘Manifest’ spawn a second edition after its first installment. Now, since season 2 has ended, let us check out when the show will make a return with its third edition.

Manifest Season 3 Release Date: When Does it Premiere?

‘Manifest’ season 2 premiered on January 6, 2020, on NBC. It then wrapped up with its 13th episode on April 6, 2020. Over its second season, ‘Manifest’ “averaged a 1.5 rating among adults 18-49 and 7.7 million viewers after seven days of delayed viewing” — Variety. The numbers were good and hence, on June 15, 2020, NBC confirmed that the show has been renewed for its third edition. Although an exact release date is yet to be revealed, we do know that ‘Manifest’ season 3 will premiere sometime in early 2021. You can check out the announcement below:

It’s all connected. ✈️ #Manifest returns to @NBC in 2021, streaming on @PeacockTV. pic.twitter.com/HntUABP7KR

Manifest Season 3 Cast: Who Can be in it?

At the end of season 2, Zeke Landon (played by Matt Long) seems to have met with his end. But unexpectedly, he is resurrected and this means Long will return for season 3. Again, Major (portrayed by Elizabeth Marvel) is murdered by Saanvi Bahl (Parveen Kaur). So although Kaur might make a comeback, Marvel’s time in the show seems to have ended. Other major stars who should be seen in the next edition are Melissa Roxburgh as Michaela Stone, Josh Dallas as Ben Stone, Athena Karkanis as Grace Stone, JR Ramirez as Jared Vasquez, Luna Blaise as Olive Stone, and Jack Messina as Cal Stone.

It was also announced that Holly Taylor plays the role of a new character named Angelina in season 3. Angelina happens to be a passenger on Flight 828 and has not yet popped up on Ben’s radar. Deadline explains what her character is all about: she will play an “integral part in the lives of the Stone family this season”. Creator Jeff Rake had previously revealed that another long-lost character will make a surprising reappearance in the upcoming season. Also, another person from Grace’s side is expected to stir up trouble for her.

Manifest Season 3 Plot: What Can it be About?

The 3rd season is set three months after the events of the 2nd season’s finale. Ben and Saanvi concentrate on unraveling more information about the airplane tailfin which is discovered and tracked to be a part of Flight 828 that had been lying at the bottom of the ocean this whole time. Another storyline might explore Jared’s complicated and new romantic entanglement, as well as, Michaela and Zeke’s encounter with a third party. Additional plot arcs include exploring the morally corrupted nature of some of the passengers from the plane.

Speaking to Entertainment Weekly, creator Jeff Rake discussed the psychological effects on Saanvi, following Major’s murder. “We have her going forward with the real-world turmoil of having committed a terrible, terrible crime and that raises all sorts of real-world questions. Will Vance help her try to cover this up? Will he be able to help her cover this up even if he wants to? Will any of the cops that we know and love be involved in that? Could Saanvi get away with murder? That’s half the equation that’s going to play out throughout season 3 in a very suspenseful, compelling way.”

Here is a sneak peek into the next edition of ‘Manifest’:

Read More: Where is Manifest Filmed?