Where Are Maria Spencer and Her Father Now? 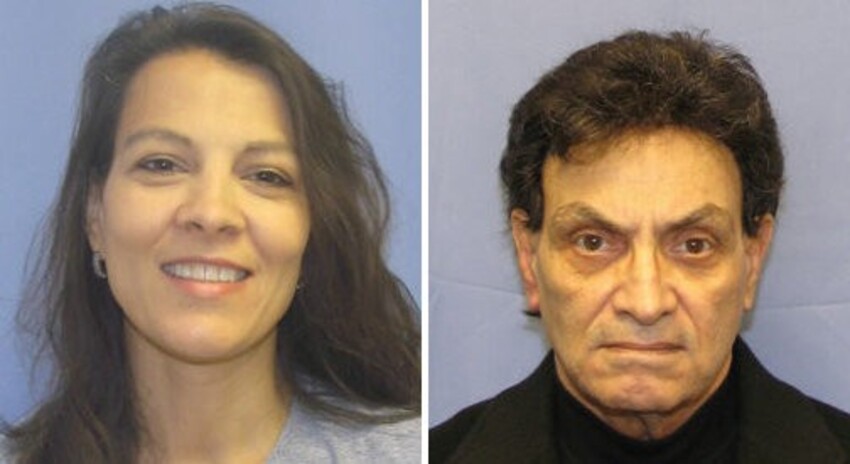 The ’48 Hours’ episode titled ‘Maria Spencer’s Vow to Kill’ covers the 2012 murder of the 46-year-old, father of two, Frank Spencer. The one-hour investigative journalism special covers every aspect of that case, from the murder itself to what had led to it and its aftermath. But, the most chilling thing was, of course, Frank’s relationship with his ex-wife Maria Spencer and her father.

Who Are Maria Spencer and Rocco Franklin?

Frank and Maria had eloped to get married back in 1997. Ironically, her passion and obsession are what had attracted Frank to her in the first place. She faced life carelessly and freely, and while he had enjoyed that at first, it started becoming a problem when they started a family. Domestic fights ensued and there were threats that would cause anyone’s blood to run dry. So, Frank filed for a divorce and after years, started to move on.

However, that did not sit well for Maria or her father Rocco, a self-proclaimed mob hitman. Maria started leaving threats for both Frank and his girlfriend, Julie Dent, and tried intimidating them in every way possible. As time went on, they started becoming bolder and public, and not just in the verbal sense. Frank’s mothers home went up in flames, Julie’s house had a fire as well, and Franks home had a break-in. But, no one was convicted for these because of a lack of evidence at that time.

Maria even told Frank how he would die and how both she and her father would have a role to play in it, but alas no one could stop it. And on July 1, 2012, Frank was shot twice in the head at the front door of his home, just like he was told and had come to expect. The police and the district attorney said that they did all they could do before the murder, but clearly, it wasn’t enough.

Where Are Maria Spencer and Rocco Franklin Now?

As evidence, the police found a cleaning glove in Frank’s kitchen that had Maria’s DNA in it – even though she hadn’t lived in that home for over a year – and a shoe print that matched the size and brand of sneakers her father was known to wear. But, the most important thing was what they didn’t find on the day his body was found, his truck and his dog.

The truck was abandoned 27 miles from Frank’s house and just 5 miles from where Maria was living at the time. But, his dog, Mutley, he was 72 miles away from his home, at a wedding venue, just 12 miles before Harrisburg, Pennsylvania, where Rocco resided. When the police checked Rocco’s phone records, they found that his phone had pinged right nearby the venue on the day of the murder, which proved that he had lied when he said that he never stepped outside of his house that day.

It took two years, but the arrest warrants were finally issued. Maria was arrested and charged with the murder of her ex-husband but her father was nowhere to be found. He had fled the country almost a year before. So, in 2015, Maria went to trial alone. Her only defense was that her father was responsible and that she had no hand in anything. But, the evidence and testimonies from Frank’s friends and family were overwhelming.

Maria was found guilty on all counts: for the murder of Frank Spencer, two arsons, burglary, 12 counts of perjury, conspiracy, and terroristic threats. She was sentenced to life without parole plus 50 years. And in 2017, when Rocco was brought back to America he denied Maria’s claims of doing it all alone. In fall 2018, after a four-day trial, Rocco Franklin was sentenced to life plus 45 years as well. They both are still in jail. (Featured Image Credit: PennLive.com)

Read More: Where Is Mutley, The Dog Now?