Where Are Mark and Emily From Win the Wilderness Now? 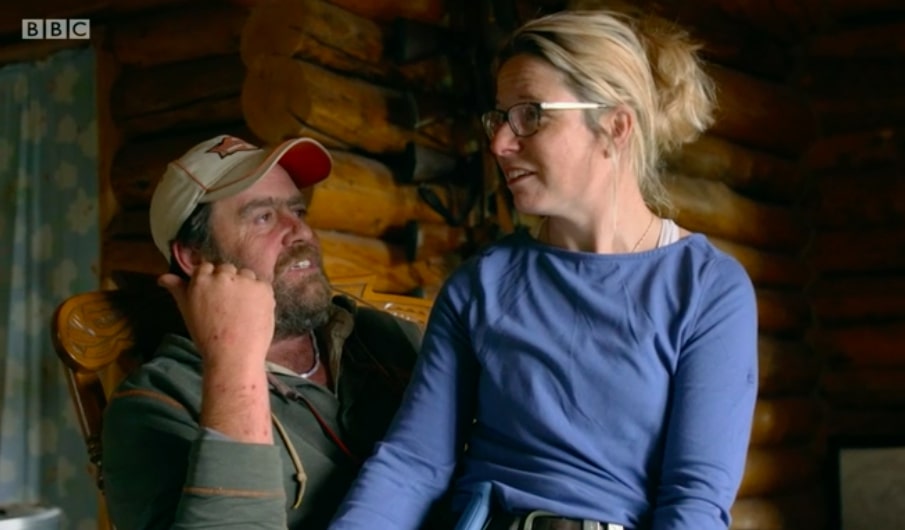 In the Netflix original series ‘Win the Wilderness,’ 6 British couples who seek freedom and escape from their lives in the city compete with each other to stake their claim on a property. The decision on who will win the competition will be made by the very people who built the property, Duane and Rena Ose. One such couple on the show were Mark Warner and Emily Padfield.

Mark and Emily are farmers from Warwickshire, England, who met in 2011 and have been together ever since. The 53-year-old and 37-year-old were the couple who made it all the way through and won the series after six weeks of intense competition.

Though Duane and Rena Ose were hesitant about giving them Ose Mountain in the beginning due to Mark’s age and Emily’s Multiple Sclerosis, the couple worked hard and showcased that they had the skills and abilities to handle anything that comes their way. When explaining why they chose Mark and Emily as the winners, Rena said: “The reason we chose you two is because you’re basically in the same situation we were in when we started this. You two make a great couple.”

Are Mark and Emily Still Together?

‘Win the Wilderness’ or any other reality TV show for that matter takes its toll on people and tests the compatibility and sustainability of couples. And since the show was supposedly filmed in May 2019, one question that a lot of people have is, was the couple able to make their relationship work or did they break up during or after the filming?

Well, Mark and Emily are still very much together and seem happier than ever. Emily has an Instagram account where she uploads posts that involve family and her life at the farm, and her bio is a short and cute statement that says “One half of ‘Mark and Emily'” And although Mark doesn’t seem to have any separate social media account, you can find him on their shared Instagram and Twitter pages.

A post shared by Mark and Emily (@markandemilywinthewilderness) on Mar 4, 2020 at 3:14am PST

Where Are Mark and Emily Now?

Due to the coronavirus pandemic, Mark and Emily are currently not on Ose Mountain in Alaska but are stuck in England. Since spring is an important and busy time for them on their sheep and lamb farm, the couple had headed back to their homeland. Mark and Emily had planned to come back to Alaska to work on their new home and to start their own veteran project towards the end of April, but due to the COVID-19 crisis, it wouldn’t be possible.

Fortunately, they say that they have friends in Alaska that are looking after Ose Mountain while they are away and are in constant touch with them to know everything that has been happening. An issue for the couple though, when they do finally try to go to Ose, is Emily’s health insurance and the whole immigration process, but hopefully, it will all work out soon.

What Are Mark and Emily Up To?

Mark and Emily are busy with their farm in the U.K. and with their plans for Ose Mountain in the future. The couple admitted on the show that they wished to turn Ose into a wilderness experience that others could enjoy and find solace in, and from the updates on their website, it seems like they are working hard to turn that into a reality. Mark is also busy helping his twin 23-year-old sons learn the ropes of his farm business so that he can pass on the legacy to them, just like it was passed on to him when he was fifteen.

We do hope that we can see this couple again soon, whether it be on a where are they now kind of thing or on their own show where they put all their plans for Ose into action.

Read More: Will There be a Win the Wilderness Season 2