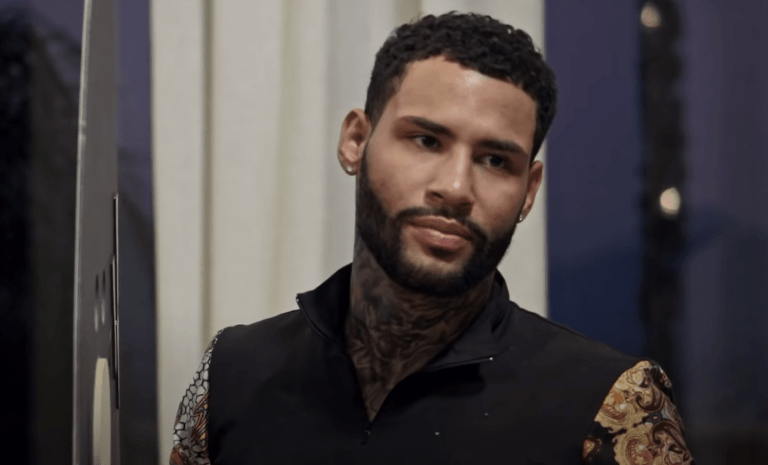 In the latest episode of ‘Marriage Boot Camp: Hip Hop Edition’, we follow the couples as they try to answer some important questions regarding their relationships. Dr. Ish divides the stars into two teams and asks one group to listen to an interview their partners are partaking in. In this interview, the individuals explain the stress points in their relationship. Of course, this exercise leads to increased drama. For instance, Hazel infuriates De’Von by addressing him as a sugar baby while Vado reveals that he cannot get over his baby’s mum. Head to the recap section, to know more. In case you are updated and are looking for the details of ‘Marriage Boot Camp: Hip Hop Edition’ season 17 episode 5, we have got your back!

You can watch ‘Marriage Boot Camp: Hip Hop Edition’ season 17 episode 5 by tuning to We TV at the above-mentioned time. You can also catch the show on We TV’s official website and the We TV app. If you don’t have a cable subscription, you can watch the show on Fubo TV, DirecTV, Sling TV, and Philo Tv. You can also purchase the episodes of the previous seasons on Amazon Prime.

‘Marriage Boot Camp: Hip Hop Edition’ season 17 episode 4 is titled ‘Pod Clash.’ In the episode, Hazel-E and Shanda get into an intense discussion. Before things reach a boiling point, they go back to their rooms. Phaedra is frustrated but De’Von apologizes to Willie aside and the matter is solved for now. The next day, Kurupt introspects on his life after his trip to the hospital. Dr. Ish also reveals that he will keep a close eye on Kurupt and Toni since they are creating tensions in the house.

Now, the first session begins. The stars are split into two groups and half of them are interviewed by Clinton Sparks for a podcast. The other half are asked to watch their partners from another room. Kurupt calls Toni an enabler for his drinking while Hazel calls Clinton De’Von a sugar baby. Willie gets honest about his cheating history. Hazel also points out Kurupt’s temper issues. Clinton asks Vado if he has been hanging around with other women. As he hesitates, he admits that he is still not over one of his baby mothers. Tahiry is upset after hearing this.

Once the podcast is over, Toni confronts Kurupt about his words during the recording. An angry Kurupt walks away while Tahiry calls Vado a clown. Phaedra is doubtful of their relationship and says the same to Medina. De’Von is also angry after Hazel’s sugar mama comment. As the tensions escalate, Dr. Ish brings everyone together for a listening exercise. After this exercise, Judge Toler talks to everyone about their issues. As things wind up, Hazel gets mad when De’Von says that he will stay back for a smoke. Once De’Von returns to his room, he overhears her talking to a friend and this leads to another round of arguments between the two.