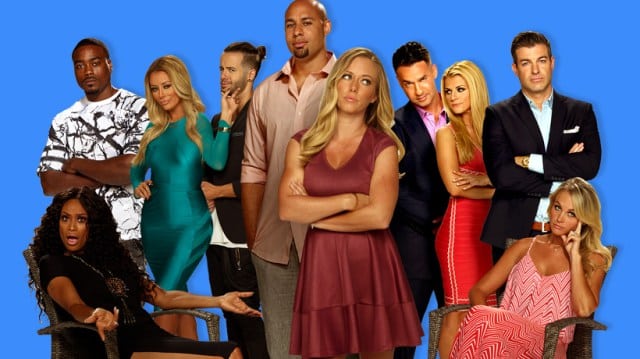 As the name suggests, ‘Marriage Boot Camp’ is a show aimed at helping struggling couples to deal with their burgeoning problems, so that they can save their relationships/marriages. And it seems like the show has really struck a chord with viewers – since Season 1 first premiered on May 31, 2013, the show has seen a whopping 16 successful seasons to date.

Now, fans are curious as to whether the show will be making a return with yet another season of relationship drama. Here’s everything we know about ‘Marriage Boot Camp’ Season 17.

Marriage Boot Camp Season 17 Release Date: When Will it Premiere?

‘Marriage Boot Camp’ season 16 or ‘Marriage Boot Camp Reality Stars’ Season 14 premiered on February 6, 2020, on WE tv. After spanning 11 episodes, it wrapped up on April 16, 2020. The 16th season revolved around stars from rap and hip-hop. In fact, it was the second edition of ‘Reality Stars: Hip Hop Edition’.

The first two seasons of ‘Marriage Boot Camp’ focused on five troubled couples each from earlier seasons of ‘Bridezillas’. In the show, the couples move into a house for 10 days in order to try and save their relationships.

After the second season, ‘Marriage Boot Camp’ severed its connection with ‘Bridezillas’, and changed its title to ‘Reality Stars’. It started focusing on couples from a vast array of reality television shows like ‘Jersey Shore’, ‘Dancing with the Stars’, ‘Big Brother, ‘The Amazing Race’, to name a few.

In season 16, (or season 14 of Reality Stars), Dr. Ish Major and Dr. Venus “Dr. V” Nicolino serve as the hosts and counselors. The cast features stars from the hip-hop world — Michel’le and Stew, Cee-Lo Green and Shani James, Bianca Bonnie and Chozus, Styles P and Adjua Styles, and Joseline Hernandez and DJ Ballistic Beats. Season 17 happens to be the third installment from the ‘Hip Hop Edition’. The hosts and counselors are Dr. Ish Major and Judge Lynn Toler. In the cast, we have Tahiry Jose, Vado, and Joe Budden; Willie Taylor and Shanda Denyce; Kurupt and Toni Calvert; Phadera Parks and Medina Islam; and Hazel E. and De’Von Walker.

What Can Marriage Boot Camp Season 17 be About?

Typically, ‘Marriage Boot Camp’ features some of the most explosive couples from reality shows coming together under one roof as they try to make their strained relationships work. For nearly two weeks, these couples are made to undertake exercises and drills in the hope that working collectively can help mend their relationships.

However, owing to some couples being in relationships which are sometimes at the point of no return, the show also sees much drama frequently – cheating scandals come to light, love triangles form, arguments break out, and couples even break up at times. However, at other times, some of these couples end up walking down the aisle, thus keeping true to the show’s name, ‘Marriage Boot Camp’.

In Season 16, five dysfunctional celebrity families set foot on the Boot Camp and reveal secrets that led to problems. CeeLo Green and fiancée Shani are together for eight years and are engaged but they are still unsure of tying the knot. Michel’le Toussaint and her boyfriend Stew have a considerable age gap while Joseline Hernandez wants a proper timeline from her partner Ballistic Beats. Styles P and Adjua Styles need their old spark back while Bianca Bonnie and Chozus’s tumultuous relationship is packed with issues, including obsessive behavior, secrets, and social media hacking. When the show returns for Season 17, you can expect a similar kind of relationship drama to unfold.