Will There be a Married At First Sight: Australia Season 8? 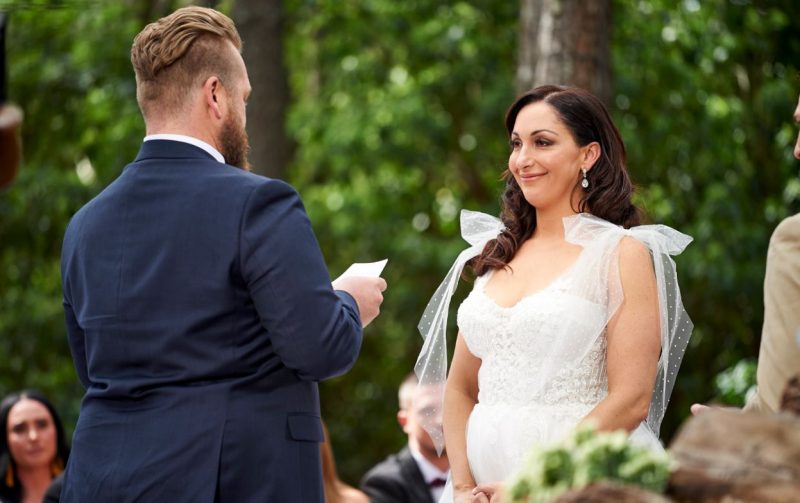 ‘Married At First Sight: Australia’ is a reality television series, which follows the same format as Lifetime’s eponymous US version. Both of these titles are based on the Danish show, ‘Gift Ved Første Blik’. The Australian adaptation airs on the Nine Network and follows a bunch of couples who tie the knot after being matched by relationship experts.

But here is the twist. Due to the laws in Australia, the couples are not bound by any legal contract. They simply meet for the first time at the altar,  go through a commitment ceremony, spend the wedding night together, and then go on a honeymoon. After their return, they stay with each other for a fixed time frame. In the end, they need to decide if they wish to permanently live with their respective partners.

Since its premiere in 2015, the reality drama has spanned seven remarkable seasons. The show is extremely popular in its home country because of which it later migrated to the US as well — where it airs on Lifetime. Now that the seventh edition has finished its run, here’s everything we know about the next outing.

‘Married At First Sight: Australia’ season 7 premiered on February 3, 2020, on Nine-Nine in Australia. It ended with its 36th episode on April 5, 2020. The seventh season released on May 27, 2020, on Lifetime in the US. Just after the season 7 premiere, the show’s official Twitter handle announced the casting call for the upcoming outing. So time to rejoice! Season 8 has been officially greenlit by the producers.

Since the reality show has followed an annual airing schedule since its premiere, we expect ‘Married At First Sight: Australia’ season 8 to release sometime in February 2021 — provided filming is not affected by the ongoing COVID-19 pandemic.

Love could be just a few clicks away… ❤️ Apply for #MAFS: https://t.co/SsbL5CfOVt pic.twitter.com/dn3NyG4brQ

Married At First Sight: Australia Season 8 Cast: Who Can be in it?

Season 7 of ‘Married at First Sight: Australia’ features a panel of experts: John Aiken, Mel Schiling, and Dr. Trisha Stafford, who pair up the featured reality stars with their respective partners. The groundbreaking social experiment uses science and psychology to help singles meet their perfect partners. The only catch? They do not meet their other halves until the wedding day and must commit up to four months for the experiment.

In season 8, Aiken, Schiling, and Stafford are expected to make a comeback. The seventh edition is centered around 12 couples, among whom three pairs, Stacey Hampton and Michael Goonan, Elizabeth Sobinoff and Seb Guilhaus, and KC Osborne and Drew Brauer decide to stay together. As per the latest updates, only Elizabeth and Seb are still together. In season 8, we will see a fresh roster of reality stars, in their search for their respective life partners.

Read More: Where is Married at First Sight Australia Filmed?