When Will Married at First Sight Season 10 Episode 3 Premiere? 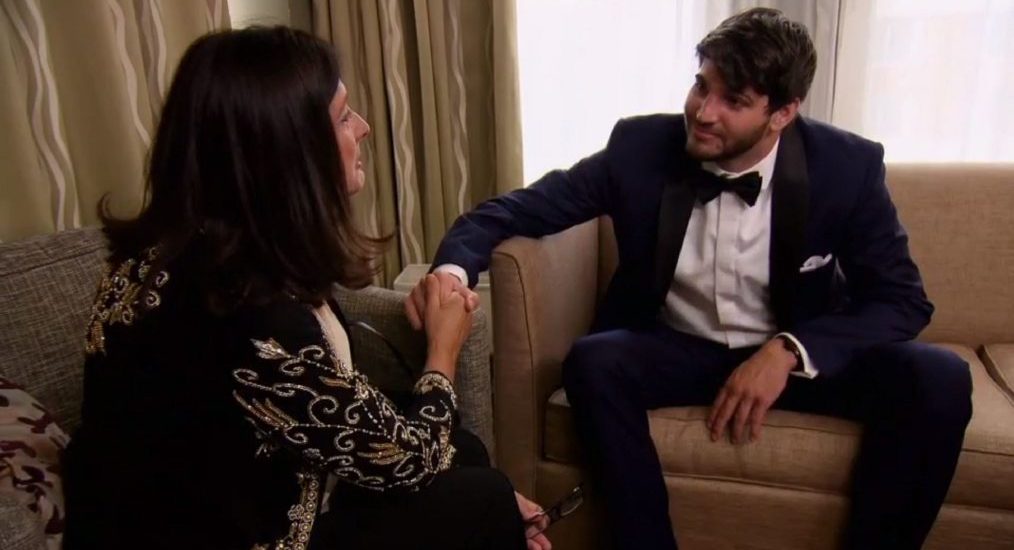 The premise of Lifetime’s experimental reality show, ‘Married at First Sight’, is pretty simple. Couples meet for the first time, tie the knot, and then decide if their decision is feasible in the long term.

The current season, i.e the 10th installment, has been branded as the most explosive season yet on tv. It introduces five couples — Katie and Derek, Jessica and Austin, Taylor and Brandon, Mindy and Zach, and Meka and Michael. Marriage therapist Viviana Coles has stated that season 10 is extremely “unexpected and unpredictable.” There are so many major issues that creep in, with exes being a pattern. Other problems include tightknit families and fear of commitment.

Married at First Sight Season 10 Episode 3 Release Date: When Will It Premiere?

In episode 3, “The final two couples put their faith in the hands of the experts and get married. All five couples dance the night away at their wedding receptions, before spending their first night together as husband and wife.”

Where to Watch Married at First Sight Season 10 Episode 3 Online?

You can also watch the released episodes online by logging into Lifetime’s official website. If you don’t have cable, you can live-stream the episodes on your computer, phone, Roku, Fire TV, Apple TV or other streaming devices through subscription services such as FuboTV, PhiloTV, and Hulu With Live TV.

Episode 2 is titled ‘Here Comes the Stranger’. The D-day is finally here for 3 of the MAFS couples, who would walk down the aisle and finally say their vows. We see an overly enthusiastic Austin Hurd who is quite optimistic about his decision and is excited to meet his future partner.

He says: “The day is here, and obviously this is a big risk to get married at first sight, without knowing who you’re getting married to. But I mean, I’m optimistic about this whole entire process, and I’ve always really, really wanted like a family and everything like that, so I’m gonna do what I can to make it work.”

The next scene throws the limelight on Jessica Studer, who is a bit nervous about the upcoming nuptials. She tells her bridesmaids: “I think it’s just hitting me that f–k, this is really happening.” But she is happy.

During the confessional clip, she explains: “Being ‘Married at First Sight’ is not exactly how I had pictured my wedding day going, just because like, I didn’t know who my husband was going to be. But I really hope he is everything that I have asked the experts for.”

Jessica’s expectation of her future husband is a tall man with brown hair and a beard. Although Austin is blonde, he is missing a beard. However, Austin’s final vows turn out to be a huge hit and this leaves Jessica all in giggles.

Next up is Derek, who meets his mom who comes all the way from Uruguay. Meanwhile, Katie is a bit doubtful of her decision, which she conveys to her dad but finally decides to take the plunge. At the altar, Derek tells Katie that he wishes to fall in love with her and Katie expresses that she has never seen more honest eyes in her entire life.

A nervous Brandon discusses with his groomsmen, who help him out with his vows and notes. Although he says that he is prone to panic attacks, he manages to walk down the aisle and introduce himself to Taylor’s mother. Taylor, on seeing Brandon, is instantly overcome with happiness and tells that he looks good. Finally, they are pronounced husband and wife.

Following the ceremonies, Katie and Derek’s first dance leaves everyone in tears. Derek also comes to know that Katie is diabetic. Taylor learns about her husband’s almost non-existent dancing skills. Meka, who is still left to tie the knot with Michael, claims that she is uncomfortable in her wedding gown. We will have to wait until the next episode to see how this turns out.