Married at First Sight S10 E4: Everything We Know 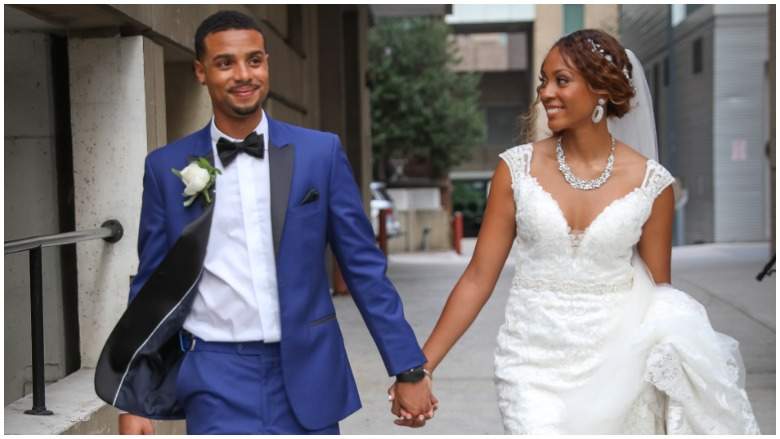 Lifetime’s experimental reality tv series, ‘Married at First Sight’, brings back the traditional concept of marriages when grooms and brides see each other for the first time at the altar. After exchanging the final vows, they decide if they can stay together with their spouses for the next years to come.

The current season, i.e the 10th installment revolves around five couples — Katie and Derek, Jessica and Austin, Taylor and Brandon, Mindy and Zach, and Meka and Michael. Episode 2, which premiered last week, follows three of these pairs as they tie the final knot. The third week sees the last two couples finally going through their much-awaited nuptials.

Now, the show is all set to air its next episode. Let’s see how and where you can watch episode 4 of ‘Married at First Sight’ season 10.

Married at First Sight Season 10 Episode 4 Release Date: When Will It Premiere?

In episode 4, “All five couples have been Married at First Sight, and as the receptions come to a close, it’s time for them to spend their first night alone together as husband and wife. Then, after waking up next to someone they met less than 24 hours ago, each spouse will meet individually with their new stranger in-laws, before being whisked away on their honeymoon in Panama.”

Where to Watch Married at First Sight Season 10 Episode 4 Online?

You can also watch the released episodes online by logging into Lifetime’s official website. If you don’t have cable, you can live-stream the episodes on your computer, phone, Roku, Fire TV, Apple TV or other streaming devices through subscription services such as FuboTV, PhiloTV, and Directv.

‘Married at First Sight Recap’ season 10 episode 3 is titled ‘I Married a Stranger’, where we meet the final two couples —  Meka Jones & Michael Watson and Mindy Shiben & Zach Justice as they say their final vows.

First up are Meka and Michael. Michael Watson lost his mom when he was just three years old and was raised by his aunt. He believes that he has the blessings of both his mother and his departed grandmother. Even his Aunt Avis, who attends the wedding, is happy for him.

Meka Jones is nervous and the 25-year-old bride-to-be is all in jitters because she thinks her dress is oversized for her. However, after getting assurance from her bridesmaids, she converses with her mom who helps her in calming down. Meka walks down the aisle escorted by her cousin Eric. When she meets Michael for the first time, it seems they really share a genuine connection.

After the wedding, the couple poses for photographs and have their first conversation as newlyweds. However, Michael is a little surprised that Meka is so young. On the other hand, Meka is a bit taken aback when she learns that Michael wishes to wait for at least two years before thinking about kids.

Mindy Shiben & Zach Justice are next. Mindy is highly emotional because no one (except her sister) is present during the ceremony. Her mum had passed away, her older sister also is no more, and her absent dad thinks that her decision is dumb. Meanwhile, Zach expresses that he wants a very special woman with whom he can develop a real connection.

Ultimately, when Mindy walks down the aisle, she meets Zach and they hug each other. They say their final vows and then tie the knot. In a later scene, both the couples partake in the reception and have their first dance as husband and wife.