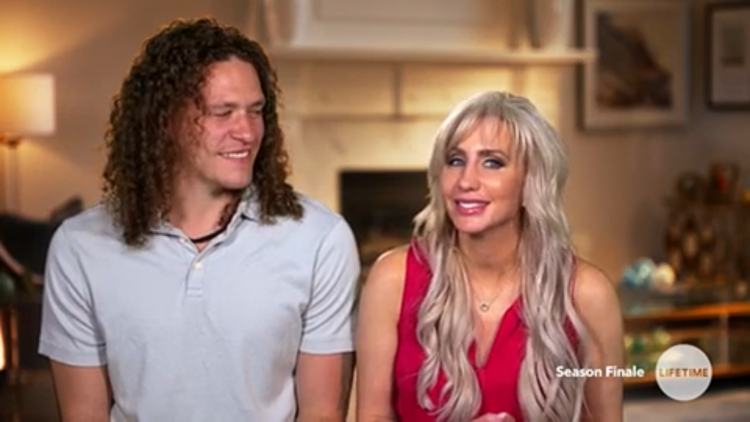 In this week’s episode of ‘Marrying Millions’, which is titled ‘I Can’t Get No Satisfaction’, we witness Bill as he makes another attempt to impress Bri’s mum Sharon. He organizes a dinner for Sharon and his ex-wife Kathleen to ease the tensions. However, he himself ends up as the target! Desiry gives an ultimatum to Rodney, who finally confesses before his mother about their relationship status. With no cash, Reese comes up with a plan to make some quick money, which compels Nonie to rethink their future. Gentille finally purchases her dream house while Dani and Don’s personal and professional life clash. Head to the recap section, to know more. In case you’re looking for the details of ‘Marrying Millions’ season 2 episode 5, we have got you covered.

The upcoming episode is titled ‘Birthdays, Babies, and Blowups.’ Lifetime has released the official synopsis for the 5th episode, giving us further insights into how the story will unfold next week. It reads as follows: “Rodney finally caves to Desiry’s demands; Kattie and Kevin’s relationship is at an impasse; Rick is happy to be back on his home turf and Erica has an extra sexy surprise planned for his 69th birthday.”

You can watch ‘Marrying Millions’ season 2 episode 5 by tuning to Lifetime at the above-mentioned time. You can also catch the show on Lifetime’s official website and the Lifetime app. If you don’t have a cable subscription, you can watch the show on Direct TV and Fubo TV. The show is also available to stream on Sling TV and Philo TV. You can also purchase the episodes on Amazon Prime.

Rodney is deeply hurt after Desiry splits up with him during their vacation. She has realized that he is not going to reveal their relationship before anyone. Rodney then calls her back and Desiry tells him to be more open about dating her. He asks him to reveal the details before his fam. She also expresses her desire to meet his family. Meanwhile, Bill is hell-bent on pleasing his ex-wife Kathleen. Bill and Bri then head out for dinner with Kathleen.

Rodney finally decides to introduce Desiry to his family and the first person he wants her to meet is his mother. On the other hand, the meeting between Bri’s family and Kathleen does not go as planned. While Sharon is rude to Kath, she even believes that the latter still harbors feelings for her ex-husband. Kath, however, goes on to state that she does not want Bill back since he has serious issues with fidelity. This new revelation takes Sharon by surprise and she immediately starts grilling Bill about his trustworthiness. According to her, she will kill him if he does anything to hurt her daughter, Bri!

Read More: Who is the Richest Cast Member of Marrying Millions?