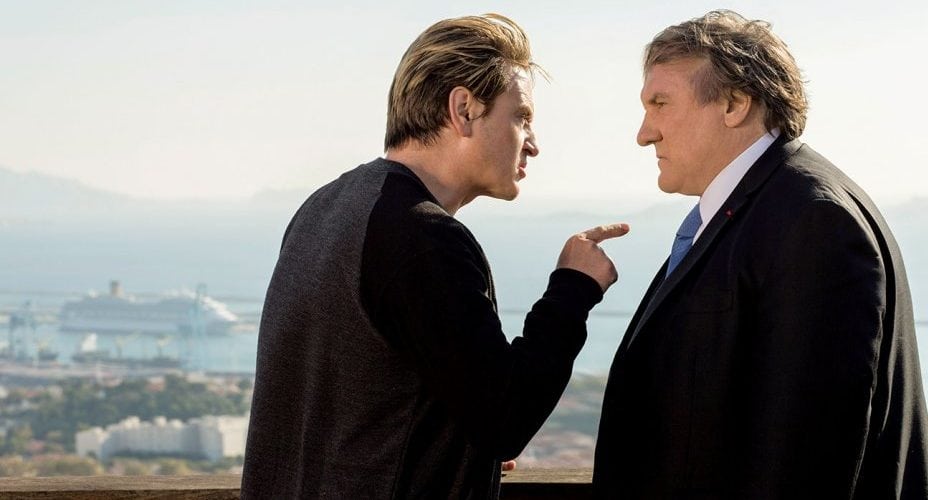 ‘Marseille’ is a French political drama series that airs on Netflix. The show focuses on the political rivalry between two familiar foes who battle for the throne as the city erupts in turmoil. Created by Dan Franck, the show first premiered on May 5, 2016. The political power play in the series is as intriguing as it is gripping, and as various vested interests become involved, one realizes just how dirty this game can get. All this is starkly put into contrast since it is set in the beautiful port town of Marseille.

While critics outside France have been positive in their reception of the show, French critics, perhaps hungover with their distinctions and favor for high art has lampooned this series, calling it an ‘industrial accident’. However, do not let this deter you from watching the show. On that note, if you like what you see on this show, we definitely recommend that you watch ‘Suburra: Blood on Rome‘, and ‘House of Cards‘.

Marseille Cast: Who is in it?

The main cast of ‘Marseille’ primarily consists of French actors, so unless you are familiar with the entertainment industry of France, it is unlikely that you will recognize the people on this show. However, by the time you are done watching it, you are bound to remember their performances. Notably, since Netflix intends that this show is accessible to an international audience, there are English voice actors who have dubbed the show’s dialogues.

Anyhow, without further ado, let us quickly go through the major cast members. Gérard Depardieu is the most recognizable, due to his Hollywood appearances in ‘Hamlet’ and ‘Life of Pi‘, and he plays the role of Robert Taro in this show. His rival Lucas Barrès, is played by Benoît Magimel, who film buffs might recognize due to his great performance in Michael Haneke’s ‘The Piano Teacher’. Géraldine Pailhas and Stéphane Caillard appear as Rachel and Julia Taro respectively. Nadia Fares, famous for her role in Mathieu Kassovitz’s ‘Les Rivières Pourpres’ or ‘The Crimson Rivers’, appears in the role of Vanessa d’Abrantes in this show.

Marseille Plot: What is it about?

‘Marseille’ is more than just a political-thriller drama. Laced with intense writing and commendable production aesthetics, the show tries to deliver a well-rounded and conservative outlook on the dirty game of politics and the ins and outs of staying in power. The series follows the Mayor of Marseille of twenty years, Robert Taro, who finds himself embroiled in the battle for succession with a familiar foe- former protégé who has become his rival, Lucas Barres- and thus ensues a battle of wits, resources, and political gameplay. They are both members of the ‘UPM’ party which is based on the actual French party UMP or Union for a Popular Movement, a party which fosters a center-right ideal.

When we are introduced to the show, we see the mayor ready to turn the reigns over to his protege but before that, he needs to pass a decision to have a huge casino built to regenerate the marina of the city. However, when his protege betrays him, he has to run for mayor again, to see this plan through. While the political feud in ‘Marseille’ draws our attention, the only thing more imposing is the harbor city itself. It shows people from different walks of life and makes the plot more varied. The Guardian comments on this, saying, “The series frequently shifts the lens away from intrigue in the town hall to show this “crossing” of cultures throughout the city, with storylines taking in organized crime in the city’s more impoverished areas.”

Overall, the series also tries to show a degree of passion for French politics as the showrunners are acutely aware of the lurch towards nationalist politics that the country is taking. Anyhow, this is not really something that is reflected in the series, which tries to go for a more fundamental dichotomy, that between a modern-day coiffed politician and an old school politician, Barres being the former and Taro the latter. We realize that Taro is being projected as the good guy despite the hypocritical start where the series shows him snorting a line of cocaine. He is initially projected as someone who might be a corrupt politician, but we soon realize that this is a man who genuinely is trying to do some good because he loves the city, perhaps more than his own family.

The Guardian has the final word on the show, saying, “Certainly, ‘Marseille’ has its rough edges, and lacks the style and nuance of another recent French political series, the excellent ‘Baron Noir’. But there is something engaging about the amped-up, coke-snorting drama of Marseille’s better moments. It feels brash and loud and flawed, but not without its charms – much like its titular city and, of course, its leading man.” If there is an upcoming season, we expect the showrunners to maintain the tonality and intrigue they have delivered in the past seasons.

Marseille Season 3 Release Date: When does it premiere?

‘Marseille’ Season 2 premiered on February 22, 2018. As far as the next season goes, we have bad news for the fans. Soon after the second season, Netflix announced cancellation of the show. Considering the poor reception of the show, it was expected that Netflix may not continue for another season. Though, fans should not lose all their hopes. There’s still a very slim possibility that some other network picks up the show. If that happens, we will update you about ‘Marseille’ Season 3 release date.

While we wait for any positive news on’Marseille’ Season 3, check out the season 2 trailer to refresh your memories. If you haven’t seen the show yet, head over to Netflix to catch all the episodes of the previous seasons.