A bottomless sense of dread looms over every single scene of the 2011 thriller-drama ‘Martha Marcy May Marlene’ that doesn’t let you get comfortable in your seat throughout its entire runtime. Directed by first-timer Sean Durkin and starring Elizabeth Olsen, another first-timer, the movie offers a bare-boned and insightful look at the confusion and trauma experienced immediately after leaving a cult. It can be seen as a continuation of the story from Durkin’s 2010 short film ‘Mary Last Seen’, which chronicles the lead character’s initiation into a cult. SPOILERS AHEAD. 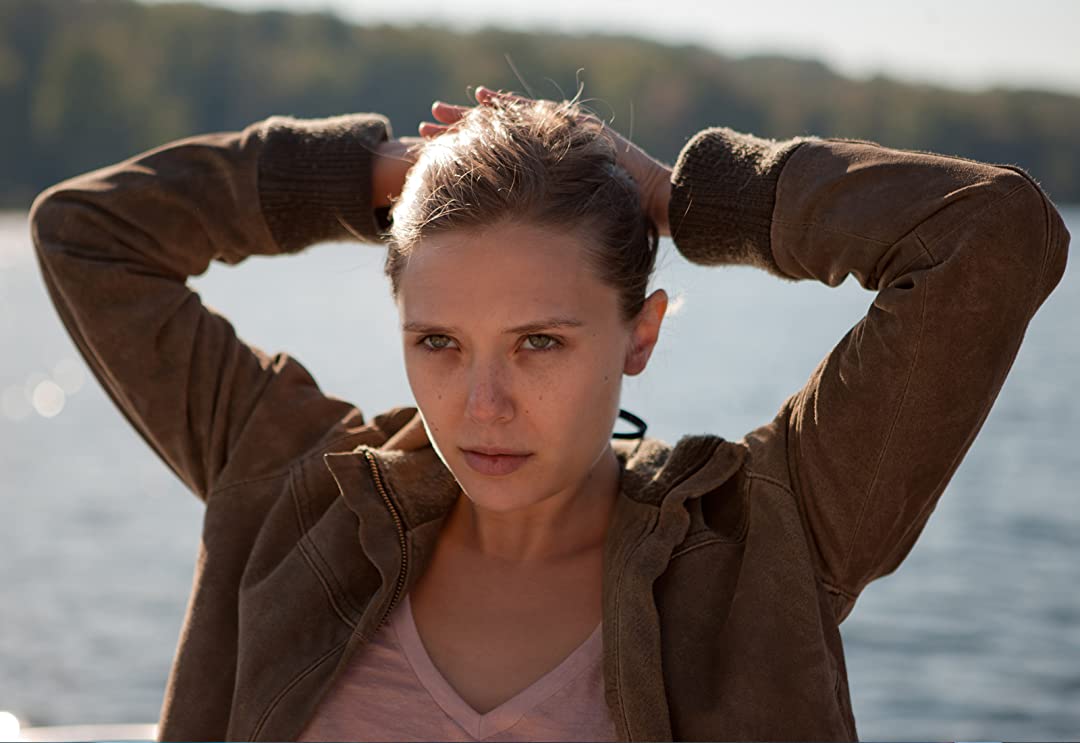 Both the start and the end of the film happen in transition. After living with them for two years, Martha (Olsen) one day just leaves her small and tight-night community and runs to the nearest town. Although she is followed by a fellow member, named Watts, he, much to her surprise, just tells her to take care of herself and departs. Martha subsequently calls her estranged sister Lucy (Sarah Paulson), who immediately comes to pick her up. They haven’t spoken to each other in years, and we are never really given an explanation as to why. Lucy drives her to her vacation home in Connecticut three hours away. Martha meets Ted (Hugh Dancy), Lucy’s kind and generous, if albeit stuffy and pretentious successful architect of a husband. And when the audience starts to feel that everything might turn out well, her erratic behavior begins to frustrate both her sister and Ted.

Most of the storytelling took place in this film inside the editing room. By switching back and forth between Martha’s time in the cult and present day, Durkin creates a non-linear narrative that perfectly accentuates her psychological state. She is unwell, and Lucy and Ted, even with their growing indifference, can see that. But they are simply unequipped and unqualified to help her. To be fair to them, they do try to reach out to her, to get her to step beyond the wall that she has built around herself. But all their efforts are met with miserable failures. Ultimately, they conclude that she is too much of a risk to be kept around themselves as they are planning to have a child and decide to institutionalize her. 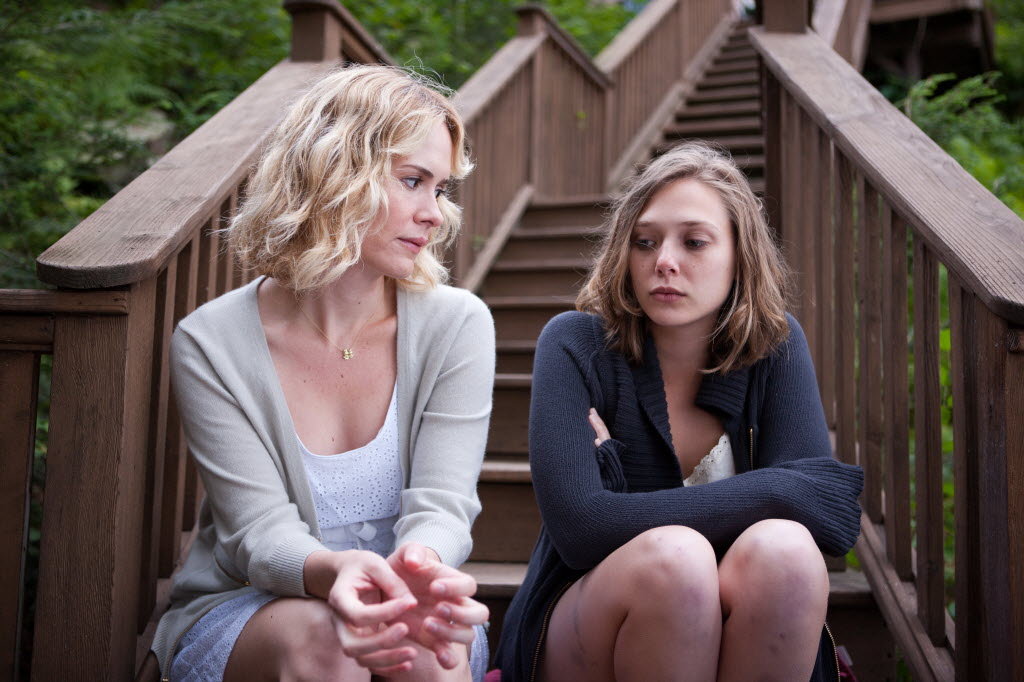 Martha is the name that Olsen’s character was born with, and it’s the first piece of her identity that Patrick (portrayed brilliantly by John Hawkes) strips away when he renames her Marcy May. Only a handful of films have ever been able to perfectly capture the charming, the well-read, the enigmatic sides of a cult leader, despite those traits being quintessential to guide any group of people to mass delusion. ‘Martha Marcy May Marlene’ takes time to showcase how charismatic Patrick is, before it exposes us to the other aspects of his character: The rapist, the murderer, and the psychopath.

Coming straight out of his Oscar-nominated outing in ‘Winter’s Bone’, Hawkes gives a riveting performance here. With his quiet and menacing authority, Patrick devours any shred of individuality left in his followers. They lead a communal life established on strict patriarchal codes. Women are only allowed to eat when men are finished doing so. They share everything and waste nothing. The latter is underscored when Watts confronts Martha in the diner and eats off her plate after she says she is done with the food. Even sex is often a communal event, which eventually culminates in Martha’s attempt to join her sister and brother-in-law in bed. “Marlene” is the name that all the girls in the farm use while they are on the phone. This is yet another measure taken by Patrick to erase their separate identities.

As with any real-world cult, communications with the outside world is strictly prohibited there. When Sarah (Julia Garner) is brought into the group, Martha discovers that one of the girls, Zoe (Louisa Krause), is allowed to keep in touch with her father, if only to ask him for money. This is an important juncture in the film. Martha isn’t aware yet, but she is already questioning Patrick’s judgments and is subconsciously forced to answer questions to herself about his hypocrisy. But that doesn’t deter her from what she does next.

In arguably the most disturbing scene in the film, Martha handles Sarah’s initiation into the community. She drugs the younger girl and prepares her for her first time with Patrick, just like someone else prepared her when she joined the group. Durkin put much focus on how Martha dealt with her rape. Her inherent morality keeps telling her that something terrible has been done to her, but she snuffs that voice out because of her desire to belong somewhere. The more time she spends in that community, the more she embraces her life there. 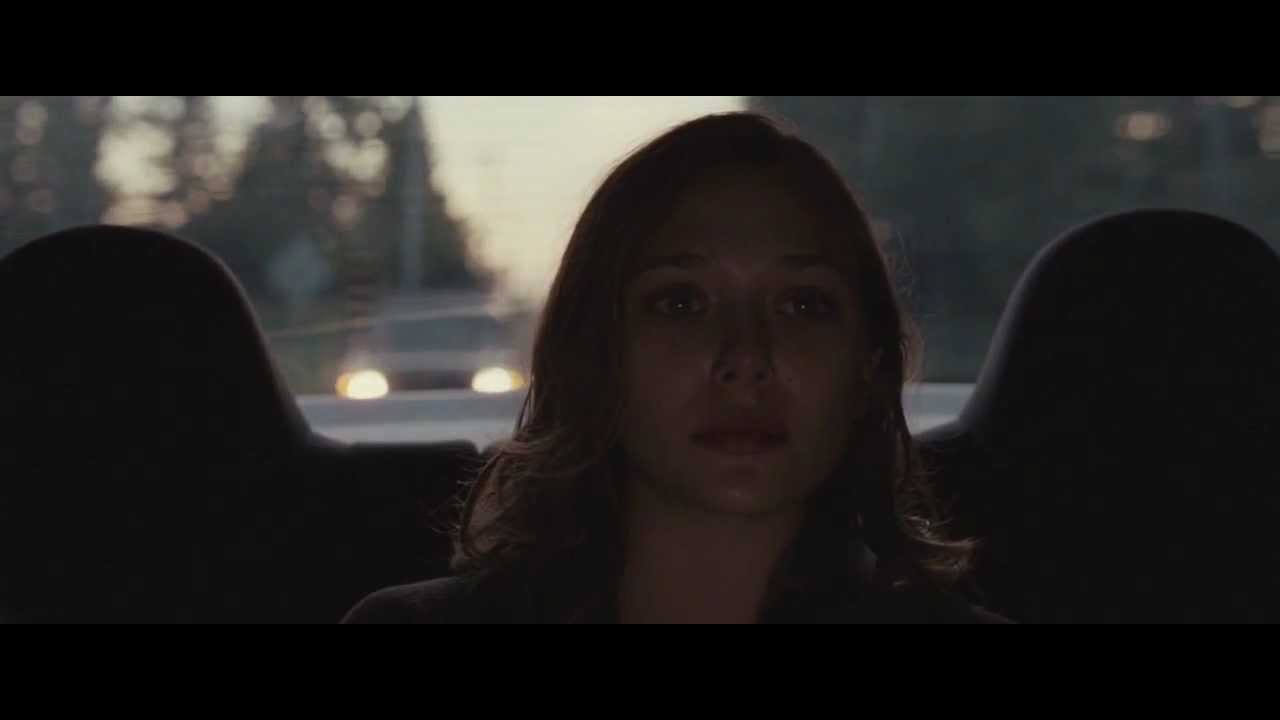 Because Martha is the perspective character in the film, we continue to see her as a victim. However, there is clearly a hierarchy in Patrick’s community, that allocates a certain amount of power to older members over the younger ones. Martha proves herself to be quite manipulative while she is with Patrick, and she is unlikely to stop being so after moving in with her sister and Ted.

The film becomes increasingly surreal and ambiguous as the ending approaches. Martha has an episode during a party hosted at her sister’s home where she accuses a bartender of being a member of the cult and is forcefully sedated. Later that day, there is a huge argument between the siblings in which she tells Lucy that she will be a terrible mother. The film ends with Martha spotting a member of the cult while she is swimming in the lake and later leaving with Ted and Lucy when a car begins following them. The ending of ‘Martha Marcy May Marlene’ is intentionally ambiguous as the plot is left open for the viewers’ interpretations. There are two possible conclusions that one can arrive here.

For all the time she spends with her sister, Martha doesn’t show any sign of improvement. The film doesn’t give its protagonist a moment of catharsis. On the contrary, her psychological state deteriorates further, making her even more paranoid. On the night of the party, the memory of yet another instance of Patrick asserting his ownership over her triggers one of the worst meltdowns, during which she kicks Ted down the stairs, which is followed by her argument with her sister. On the following day, we are not given a clear shot of the man watching her swim at the end of the film, indicating that he is a hallucination. The fact that a car starts following them on their way out of the town right after its driver nearly causes an accident is simply coincidental.

When Martha calls the farm, she inadvertently leaves a way for them to find her. In the final moments of the film, she recognizes the man on the road as the one who was watching her earlier, and is about to tell that to Luci and Ted but stops herself. This demonstrates that she is still connected to her life on the farm, despite her efforts to sever all ties with Patrick and the rest of the community after she saw one of them murdering a homeowner. She is unable to tell her sister what has happened to her while she was in the Catskill Mountains., and it is evident that both of them have given up on ever having a healthy relationship. As she is driven to a mental facility and spots the man from earlier, her silence indicates that she knows that she has no choice but to go back to the farm.