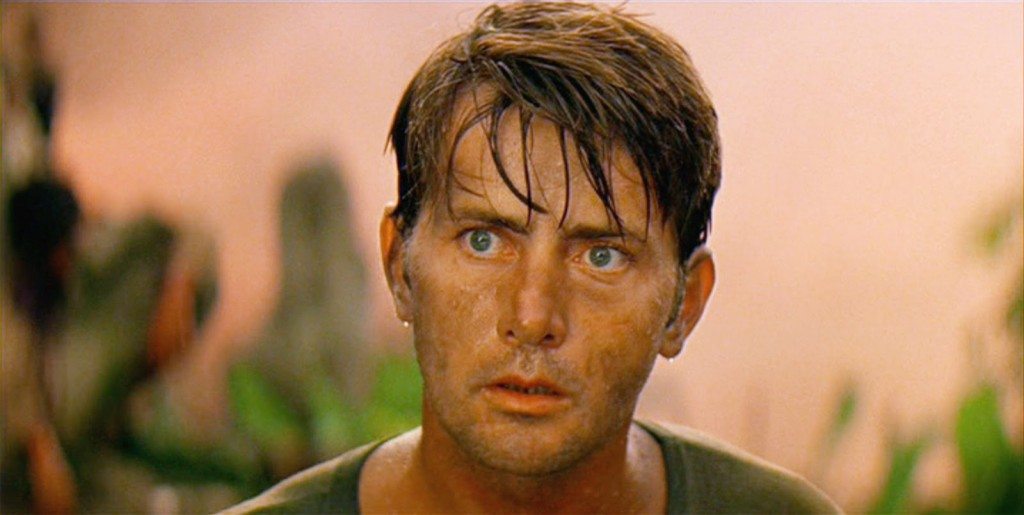 Martin Sheen has had a fascinating career playing both good guys and bad guys with equal honesty and realism; you want to be near this man, you want him to like you. And when portraying a villain he is terrifying, his eyes ablaze with seething madness, but most of the time he plays good men, decent men, who are mentors to others, who leads. Twice he has played Kennedys, John in the mini-series  Kennedy, and his younger brother Bobby in The Missiles of October in which William Devane portrayed JFK. But he is most famous for portraying President Jed Bartlett on the Emmy laden series The West Wing, one of the finest television dramas ever produced. During the run of the show many Americans wondered why Bartlett could not be the actual President replacing Bush, Sheen was that strong.

Incredibly he has never been nominated for an Academy Award. Not for The Subject was Roses (1968), nor Badlands (1974), not for Apocalypse Now (1979), or his mad Presidential candidate in The Dead Zone (1983), not for his decent Chief of Staff to Michael Douglas’ The American President (1995), not for Queenan in The Departed (2006) and most recently not for his grieving father in The Way (2011).

He has however been awarded two Screen Actors Guilds for Best Actor on The West Wing, a Golden Globe for Best Actior and been nominated for six Emmys for Best Actor, incredibly not ever winning. His performances have earned rave reviews around the globe and he is known to be a truly decent man.

1. THE WEST WING (2000-2007): As President Jed Bartlett, Sheen exuded decency, even when making the most difficult decisions, he was the leader we hoped all of our leaders would be. Husband, father, grandfather, patriot and President, he was presidential in every moment of the show and we understood why his staff so adored him. Best episode? The one where he was shot, followed by one where his daughter Zoey was kidnapped. A great legacy for television.

2. APOCALYPSE NOW (1979): As the assassin Williard, he was haunting, deeply troubled by his actions but like a drug, unable to stop. As he moves closer and closer to his target, he realizes they are not different and more alike than he realized. How did the Academy miss this performance?

3. BADLANDS (1974): As the hyper active killer Kit, Sheen reminds us of James Dean in his looks and actions, but puts his own stamp on the performance. Intense and frightening.

4. THE WAY (2011): As a grieving father he decides to walk the five hundred mile Camino de Santiago to finish what his son started. Cranky and spiky it is a fine portrait of a man coming to terms with his son and his love for him. In death they bond at last.

5. THE DEPARTED (2006): Queenan, the conscience of the film, the father figure of the film.

6. SWEET HOSTAGE (1975): One of his most electrifying performances, as a mental patient who kidnaps a young woman, mentors her and then falls in love with her and she him. Linda Blair is the girl, their chemistry steamy.

7. THE EXECUTION OF PRIVATE SLOVIK (1974): Well made TV film about the American soldier executed by the government. Sheen is superb in the part and was nominated for an Emmy. Among the first truly great made for TV films.

8. THE AMERICAN PRESIDENT (1995): Ironically cast pre-West Wing as the Chief of Staff to MIchael Douglas’ President, Sheen brings the same qualities to this role he did to Bartlett years later. A good man supporting a good man.

9. THE DEAD ZONE (1983): As an insane senator dangerously close to the Presidency, his future shows he will start a nuclear war, and must be stopped. With eyes blazing, he is terrifying.

10. WALL STREET (1987): Blue collar father of Charlie Sheen in the film is again the conscience of the movie, a truly good man watching his son depart from the lessons he taught him.