Is Marty Raney From Homestead Rescue Married? Does He Have Children? 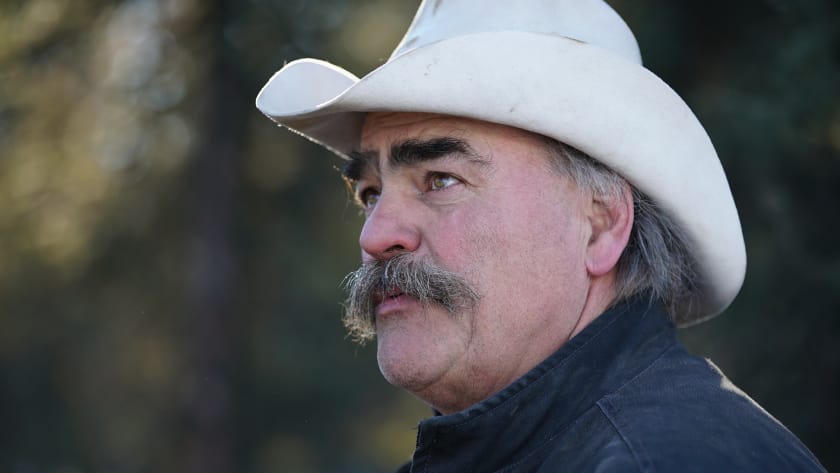 Millions enjoy the city life and enjoy the many comforts that come with it. But countless others relish a simpler, off-the-grid experience. Not everyone is well-suited to it; however, with the assistance of specialists, they might survive it. The Raneys, with their building, farming, and hunting expertise, help various budding homesteaders to achieve their dream.

Marty Raney, ‘Homestead Rescue’ star, has trained his children with the necessary survival skills and has made a career out of the professional tricks and tips. When his four kids were 2, 4, 6, and 8, the entire family went on the dangerous expedition on Chilkoot Pass. What we found out about his inspiring and audacious family life might surprise you!

The Raney patriarch was raised in an isolated town in North Bend, Washington. He realized his true passion for old-world craftsmanship during his teenage years. At 16, Marty made the hard choice to live away from the comforts of a home and even quit school to chase his dreams. There is an absence of specific information on his birth date or the family he grew up in. But the Master stone mason rose to fame after being cast on National Geographic Channel’s ‘Ultimate Survival Alaska.’

In 1974, the outdoorsman must have been in his mid 20’s when he kick-started a lifetime of adventures in the logging camps of Southeast Alaska. The skilled hunter set up his first abode in a floating logging camp on the Prince of Wales Island. For the first time in 1986, he set his mind to climbing the highest mountain peak in North America, Denali, and proved himself victorious.

Having gained years of experience, he guided other climbers in 1986 and has continued doing it for more than four decades now. Marty often journeys to the top of the summit with his guitar to sing Alaskan songs. His musical endeavors earned immense defamation after the 1997 song – ‘Adam and Steve’ – release, that possesses a homophobic undertone.

This has been shown in a couple episodes! Guess which one is me? #homesteadrescue

Despite living most of his life in the limelight, Marty Raney has successfully kept the details of his marriage private. After he tied the knot with an Alaskan native, Mollee Roestel, the newlyweds moved to Haines. The place was somewhat infamous for its high concentration of Alaskan brown bears, yet the couple decided to set up their permanent abode in this incredibly remote homestead. They welcomed their first child, Melanee, who was delivered on the Canadian land. Their second daughter, Miles, was born in Sitka, Alaska. The Raney matriarch and her first two offspring have chosen to live an off-grid life away from the spotlight.

The two children who accompany their father on all adventures and expeditions are Misty and Matt Raney. The family’s youngest daughter, Misty, is a homestead builder and carpenter like him. She lives a double life in Alaska and Hawaii, having married a carpenter and surfer, Maciah Bilodeau. Matt is the heir to their homestead building business, Alaska Stone and Log, which mainly runs in summers. Much like his elder siblings, he was born in the Alaskan wilderness and became a specialist in hunting. In addition to being renowned reality TV stars, all of them are accomplished and certified mountaineers.