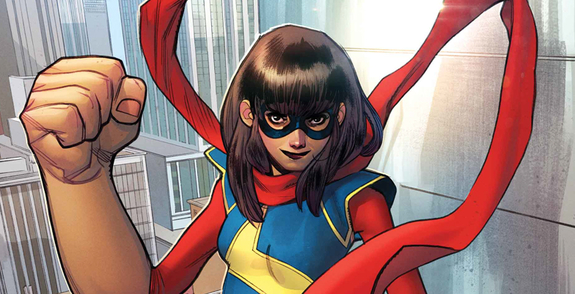 Marvel Studios has announced three new shows coming to Disney+, including ‘She-Hulk’, ‘Moon Knight’ and ‘Ms. Marvel’. The announcement comes a month after the ambitious Phase 4 was unveiled at the San Diego Comic-Con. Kevin Feige, the president of Marvel Studios, announced the upcoming shows at the D23 in Anaheim.

Feige noted that Bruce Banner is no longer the only gamma-powered superhero in the Marvel universe. Saying this, he announced the news of She-Hulk. For those unaware, Jennifer Walters, better known as She-Hulk, is Bruce Banner’s cousin. She is an attorney who needed an emergency blood transfusion and Banner gave his blood, turning her into She-Hulk. She first appeared in comics in ‘The Savage She-Hulk No. 1’, in the 1980s. It was one of the last characters that the late Stan Lee co-created. Later on, She-Hulk became a member of the Avengers and Fantastic Four. She was given a different personality from the Hulk, including a stronger sense of humor and intelligence. Unlike Hulk, she can retain her human intelligence while turning into a green rage monster. Naturally, she prefers to be in her Hulked-out state more often.

The next show announced is ‘Moon Knight’, which introduces us to a lesser-known character in the Marvel universe. However, comic fans love the complex character who showed up in 1975’s ‘Werewolf by Night No. 32’ as the good guy. Moon Knight is the vigilante alter ego of Marc Spector, a mercenary. However, the real story is more complicated than that. Spector has a couple of other alter egos, Steven Grant, a millionaire, and Jake Lockley, a cab driver. Apparently, he is guided by Khonshu, an Egyptian deity. It is unclear if this deity, who guides him through his missions, is a figment of his imagination. In recent years, the comics have shown another alter ego ‘Mr. Knight’. The new character dresses in all white and wears a mask. He is a police consultant who solves unusual crimes. Needless to say, the series based on ‘Moon Knight’ will be as trippy and psychological as ‘Legion‘.

The third show that is coming soon is about Ms. Marvel and is being written by Bisha K. Ali, the British scribe who is also acting as the showrunner. For those unaware, Ms. Marvel is a mantle worn by several characters, including Carol Danvers during her crime-fighting days. However, Danvers, who has already been portrayed as Captain Marvel in the movies, will not be playing the part. Instead, the upcoming series will focus on Kamala Khan as Ms. Marvel. Notably, she is the first Muslim character to star in her own comics title. Needless to say that her identity as a Pakistani-American from a religious family in New Jersey will be a major focus of the series along with her polymorphous powers.

The Marvel Cinematic Universe has been making television shows for a long time like Netflix’s ‘Daredevil‘ or ABC’s ‘Agents of SHIELD‘. However, they have never been truly intertwined with and reflective of the films. Disney+, which is launching on November 12, 2019, will see a change in storytelling with the shows affecting the films and vice versa.