10 Marvel Characters That Need Their Own Stand Alone Movies

Marvel Cinematic Universe is a household name, enjoying a popularity that no other Studio Giant does. We have seen masses thronging to the theater, when a Marvel movie hits a screen. All around the world, its movie releases are famous for celebrations of its own kind. Such is the aura that their movies have. Marvel Comics consists of as many as 5000 characters and we get to see a very few characters on the Big screen.

When Walt Disney Company purchased Marvel Entertainment in 2009, it was a breath of relief to millions of fans worldwide. There is a chance to exploit the characters like never-before. When Marvel announced the list of Phase-3 films they are going to produce alongside the magnum opus Avengers-Infinity War, there has been a disappointment for few of the fans, who were expecting some names. There are a few Marvel Big names that need their own celluloid. Here is a list of 10 Marvel characters that need their stand-alone movies: 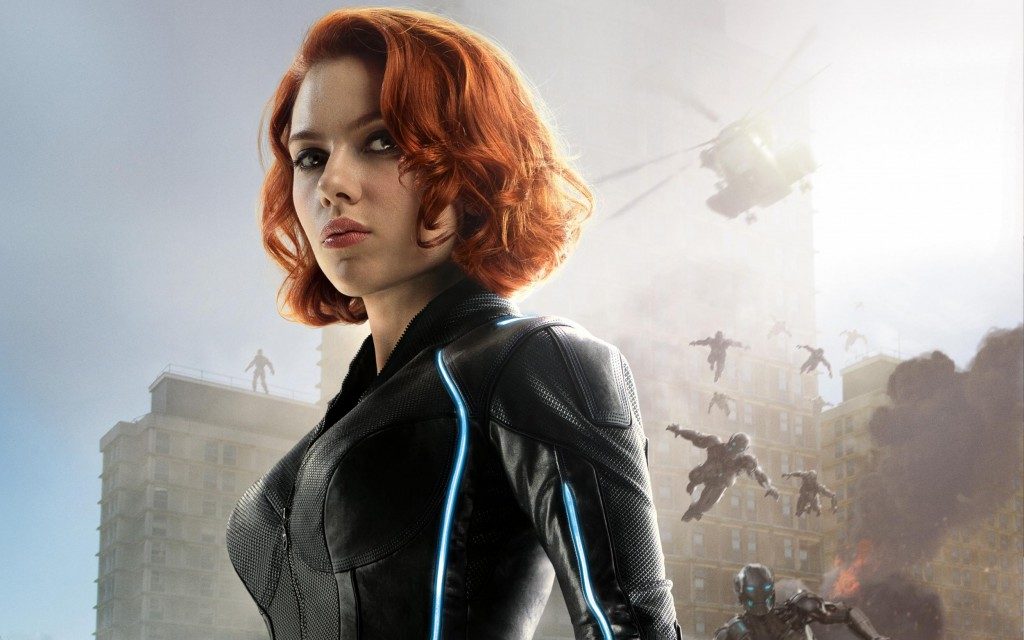 Indeed, an astonishing fact that we haven’t seen a stand-alone Black Widow movie yet. Black Widow was introduced a Russian spy in Iron Man-2, and from then on, there was no stopping. There is no doubt that the character has emerged to be one of the most popular superhero characters on the globe. Scarlett Johansson is a big name in Hollywood. Given her repertoire in featuring action thrillers like Lucy and Ghost in the Shell, Scarlett Johansson can pull off a Marvel movie with a flawless ease. And her established Box-office appeal can reassure a money-spinning Blockbuster. The Director of ‘Avengers’ Joss Whedon has expressed in directing a stand-alone Black Widow movie. 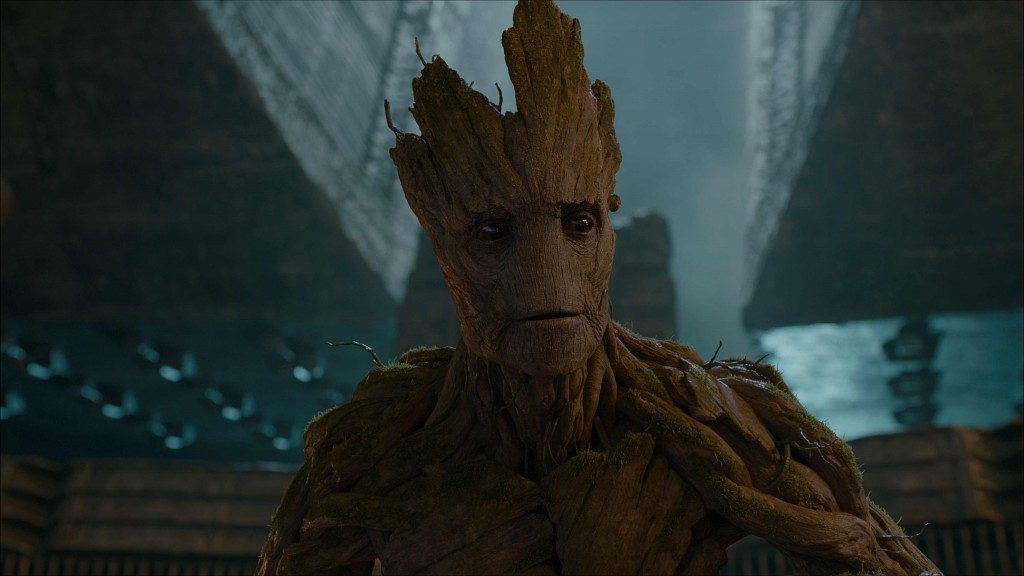 It is indeed surprising to see Groot featuring on the list. Given the superstar status it achieved after Guardians of Galaxy, Groot can feature in a stand-alone Marvel adventure. Groot is now a popular name and “I am Groot” is an Internet slogan. Created by Stan Lee, Groot is an extraterrestrial creature that intends to capture humans, in its origin comics. It was resurrected as a heroic character in the comic book Annihilation. And after its appearance in the Guardians of the Galaxy, Groot’s popularity knows no bounds. Marvel definitely should think of pulling a stand-alone movie for Groot. And it is also featuring in the ‘Infinity War’ movies. 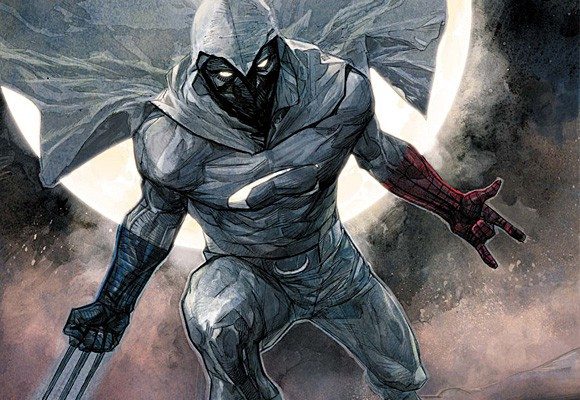 Since, his inception in Werewolf by Night, Moon Knight is one of the well-known Marvel Characters, many fans claiming him to be the Marvel’s equivalent of DC’s Batman. Though Marvel, known for its vibrant and radiant themes in their movies, it is high-time that this Studio giant experiments into darker themes. Moon Knight is a vigilante like our Batman, and is a skilled combatant. A movie based on Moon Knight would open up new arenas for experimentation. Guardians of Galaxy Director James Gunn recently posted on his twitter-handle that he had pitched an idea for Moon Knight’s movie to Marvel Studios. 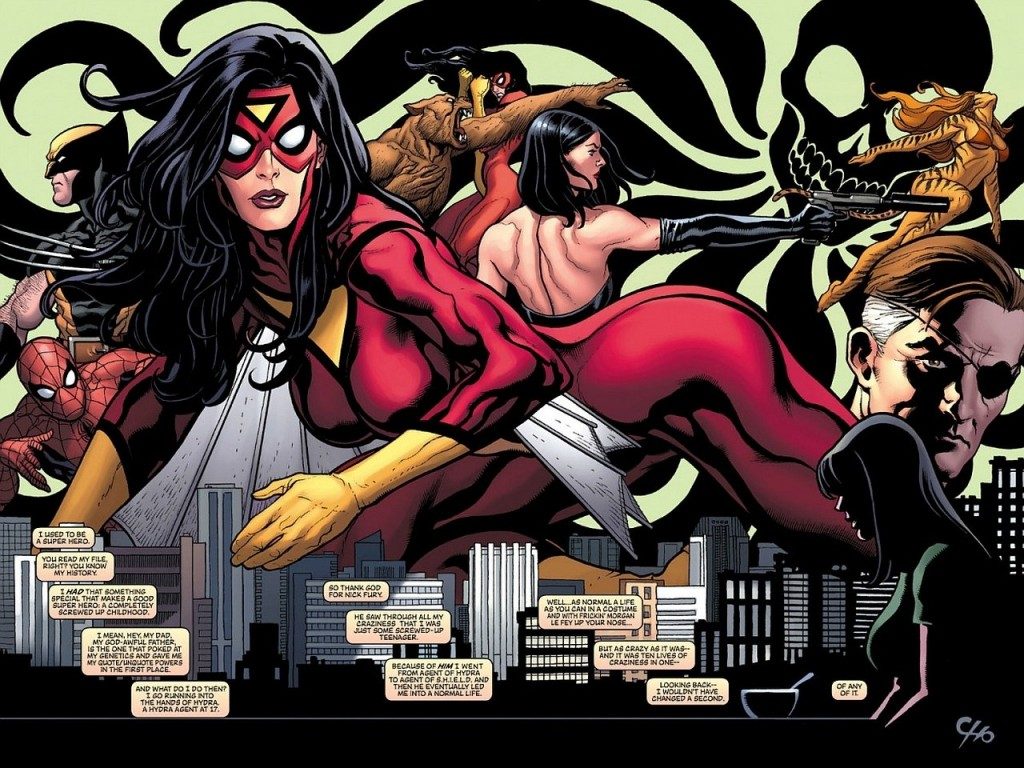 Spiderman is the most loved of all the movie characters. And this is an incontrovertible fact. Launching a Spider Woman movie is an appropriate time now for Marvel. Stan-Lee once said that DC sued Marvel for making Wonder Man, as the former made Wonder Woman. So, Marvel made a Spider Woman. Spider Woman had her own animated television series in the early 90s. And even was a regular character in the Marvel Action hour series. Spider Woman can now be a challenge to DC’s Wonder Woman, which was the biggest hit last summer. 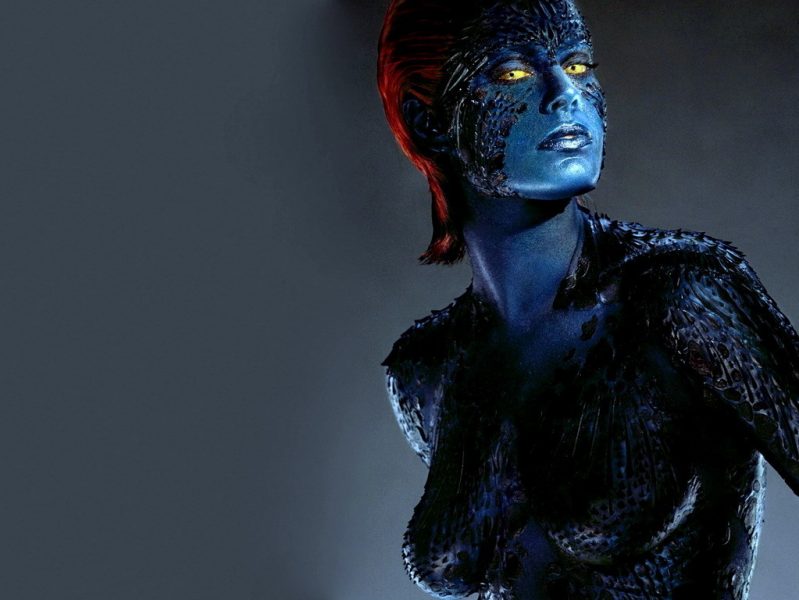 Though Mystique does not have an extensive backstory unlike many others featuring in this list, it is still one of the widely accepted Marvel characters. Thanks to the superstar stature of Jennifer Lawrence, Mystique has taken a wider role in the recent X-Men movies. Rebecca Romjin’s Mystique was a villain in the primitive X-Men films, while the 2003 TV series, Mystique, partially written by Brain K. Vaughan, established her in a gallant and a heroic approach. Shape-shifting is a novel idea in mainstream Hollywood cinema. Given the resources and brains at Marvel, Mystique can surely be a Game-Changer in the superhero genre. 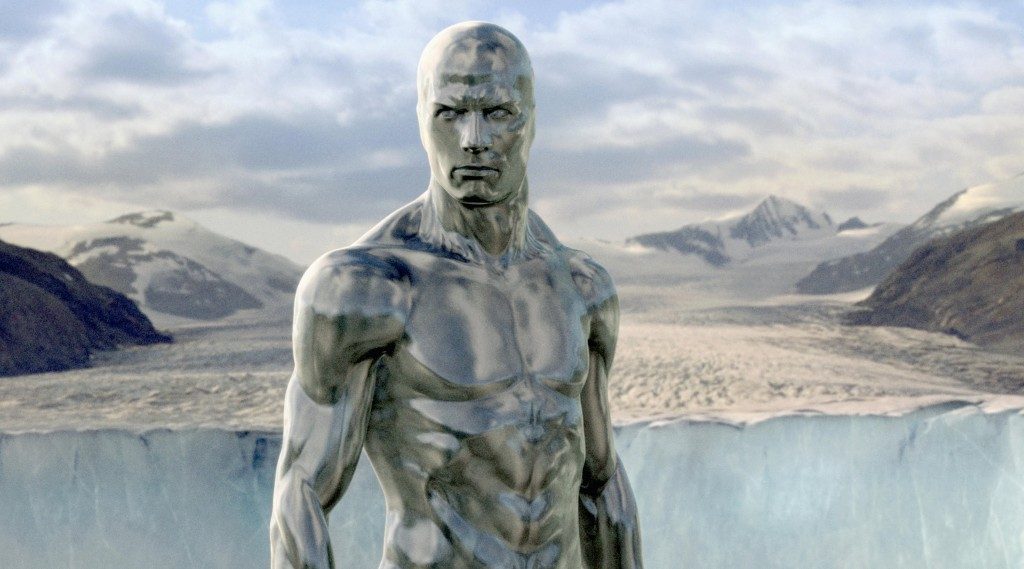 ‘Deadpool’ was truly a game-changer for Marvel in many ways. One of them was propelling the cosmic Marvel Characters into the masses in a never-before known way. Silver Surfer can act as a catalyst, in expanding the franchise even more. Even though, he appeared in Fantastic Four: Rise of the Silver Surfer, he needs his stand-alone MCU movie. Stan Lee along with Jack Kirby created the elastic Silver Surfer, of which Fox’s MCU holds rights. Given his superpowers, Silver Surfer is one of the most powerful Marvel Characters. And there is no denying the fact that he can pull a solo adventure with his own panache. 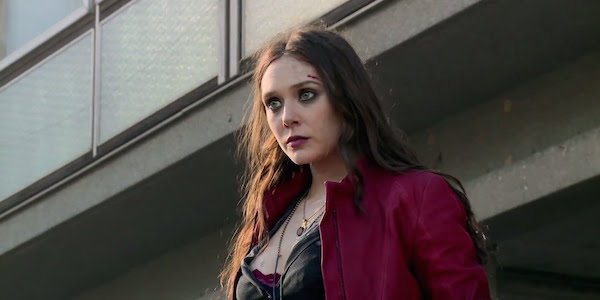 Scarlet Witch or Wanda Maximoff was created by Stan Lee. She was present in all the recent Marvel movies. Scarlet Witch deserves a name in this list for her superpowers and her increasing importance in the much recent movies. There was also a speculation that she plays a crucial role in ‘Infinity Wars’. There are chances that Marvel can think of a Scarlet Witch stand-alone movie, once it completes filming the magnum opus. Scarlet Witch and her twin brother Quick Silver, who was killed in Avengers: Age of Ultron, are the children of supervillain Magneto. Such a great backstory would assure audiences of a great movie. 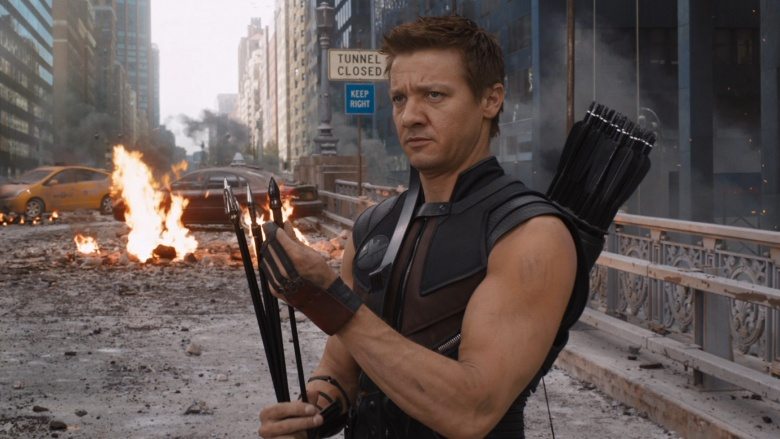 The Avenger’s Archer, of whom we got to visit in ‘Avengers: Age of Ultron’, is criminally underrated. Among all the Infinity war and Avengers’ hotchpotch, we never got to see the real Hawkeye and his elegant charm. Given a stand-alone drama, Jeremy Runner can definitely pull of a Bournesque-thriller again. Teen superheroes are very prominent in comics and their presence on-screen is very scant, except for Spiderman: Homecoming, where we got to see a teen Spidey. Hawk-eye in his teens is definitely an engaging drama and can pull people to the theaters. 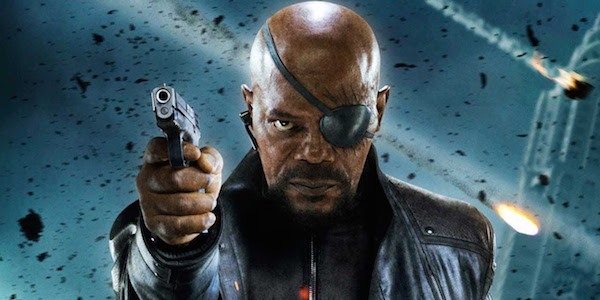 Colonel Nicolas Joseph Fury is the head and the leading agent of the espionage agency, S.H.I.E.L.D. His Character debuted in 2009’s Iron Man, and from then he was there in many movies. And his popularity has increased by leaps and bounds in the past few years. Though Samuel Jackson’s Nick Fury created again by Stan Lee, has many comics and TV seriesto his credit, definitely needs his stand-alone movie. A Fury-based Marvel movie would be a nail-biting, edge-of-the-seat thriller, given his involvement in various chaotic incidences. 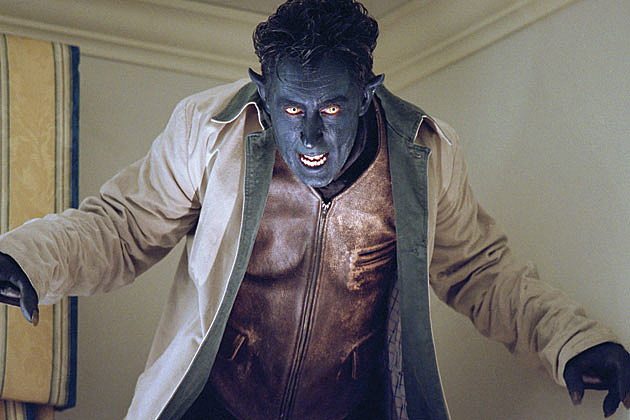 Night Crawler is another popular mutant superhero in the X-Men comics. He was seen in the X-Men: Apocalypse, and will also be present in 2019’s X-Men: Dark Phoenix. And this superhero, like other mutant heroes like Silver Surfer on the list, deserves his solo Marvel movie. He can teleport, possesses superhuman agility and also has adhesive hands and feet. And also, he is highly underrated. Mutant superheroes can be turned into a genre and they have vast scope for experimentation.