Tony Stark. The name probably means badass in some “Midgardian” language. And all the credit, well mostly, goes to Robert Downey Jr. As far as his moments where he’s absolutely ungiving are concerned, I’d certainly count each and every second of his presence on the big screen. Be it giving a little wordy whack to the young Spider-Man or taking on against Captain America, Tony Stark has, at times, proven himself the consistently “not giving a damn” person of the Avengers. And there’s no reason why he can’t be.

We can only imagine the amount of respect Tony Stark (or rather, Robert Downey Jr.) has amassed for himself and the reputation he’s got when it comes to confrontations or pulling some strings. We’ve always cherished the self-made and self-motivated “Iron” man that Tony Stark has always been, despite the overly arrogant, diabolical and berserk nature that he possesses deep down inside. His fits of rage, uncompromising will and indomitable prowess, both physical and psychological, are the ones I’d describe as Tony Stark’s most badass moments. Though we’d always love to see Robert Downey Jr. as Tony Stark/Iron Man, I would rather call being Iron Man as holding a designation, a post which would be filled in by many in years to come. Personally, my favourite Avenger and superhero, The Invincible Iron Man is definitely going to go places in his upcoming movies.

By this time you might have seen and read hundreds of Tony Stark Memes.But these badass moments prove that he is beyond those funny memes. Sadly though I couldn’t cover more than the ones those are here because that would entail covering each and every movie moment of his screen presence. 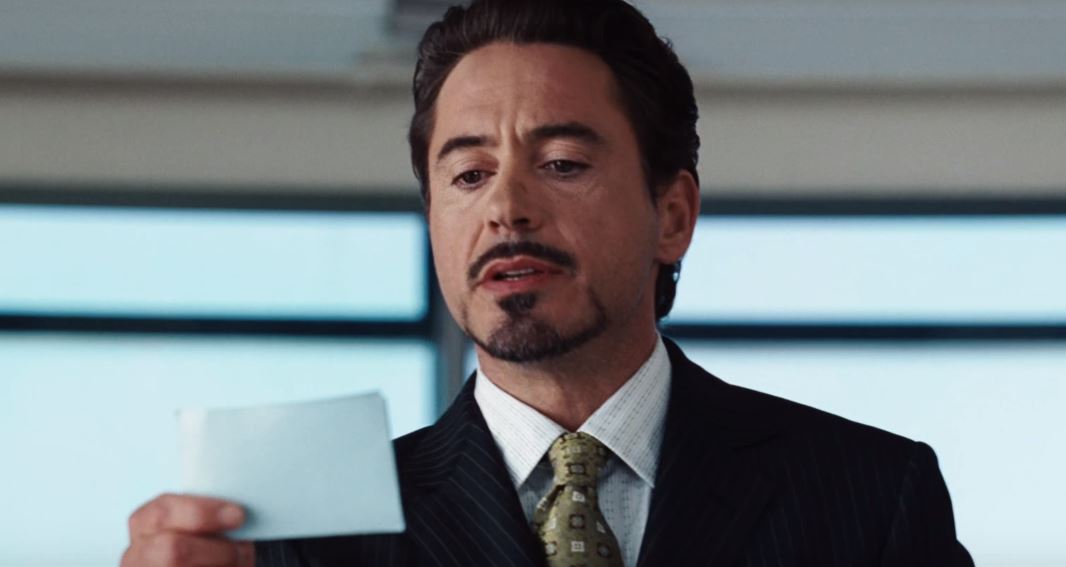 Come what may, this was a landmark scene in superhero history, the revelation of the Iron Man to the world. A moment where Tony Stark doesn’t seemingly give a single damn about the consequences. He just announces it to the world who he is, has been for some time, and will be for a very long time. The only other time when Tony was supposed to “stick to the cards” happens to be one of the major spillages in the MCU history, spare the viewers. 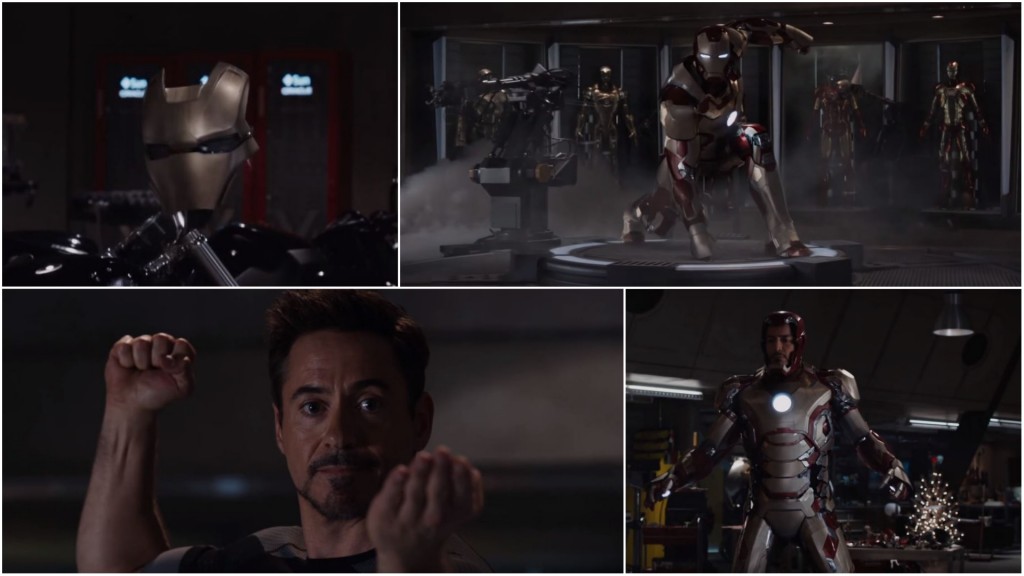 With a penchant for creating and continually developing new stuff (read Suits), Tony Stark’s trial of Mark 42 does land him as being one of the most badass narcissistic personas ever. But in a good way. Watching the different pieces of his armour fall into place like a hi-tech jigsaw puzzle, while Tony himself is grooving to his punk music is next to awestriking. And the icing on the cake is the helmet’s face that comes together while he’s upside down. A fun watch, spiced with loads of attitude and Jarvis’ humility. As always, watching him work is an absolute delight. 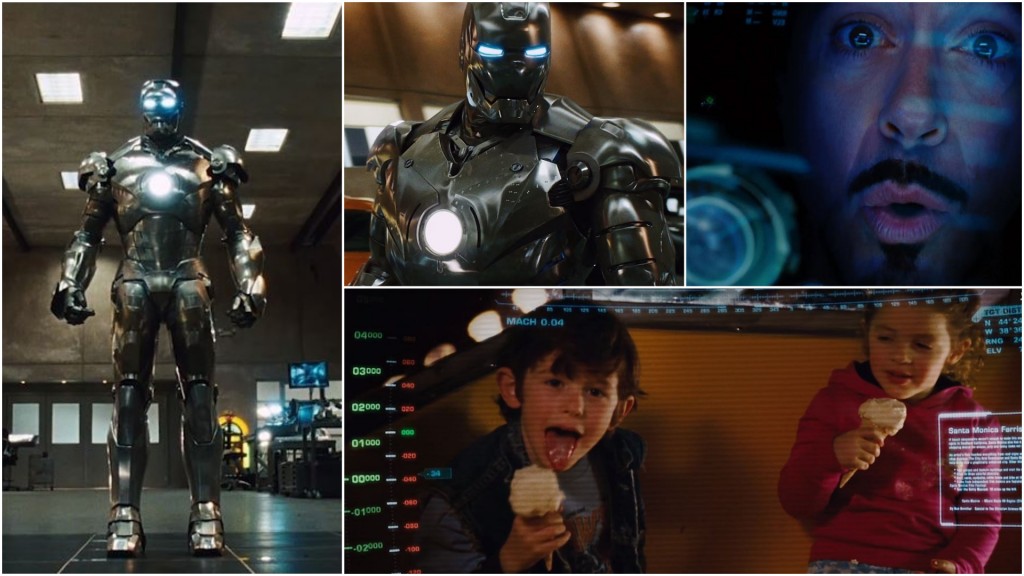 The nascent Iron Man’s Mark II flight established the obstinacy of the otherwise exhausted and wounded Tony Stark given that he was just held captive a few days ago. Though the knack for supremacy and the blood of a genius helped him escape a cave full of bad guys, his ungiving effort and unsettling nature makes him successfully test and fly a prototype for which even the rendering wasn’t complete. When you gotta go, you gotta go! Kill power. 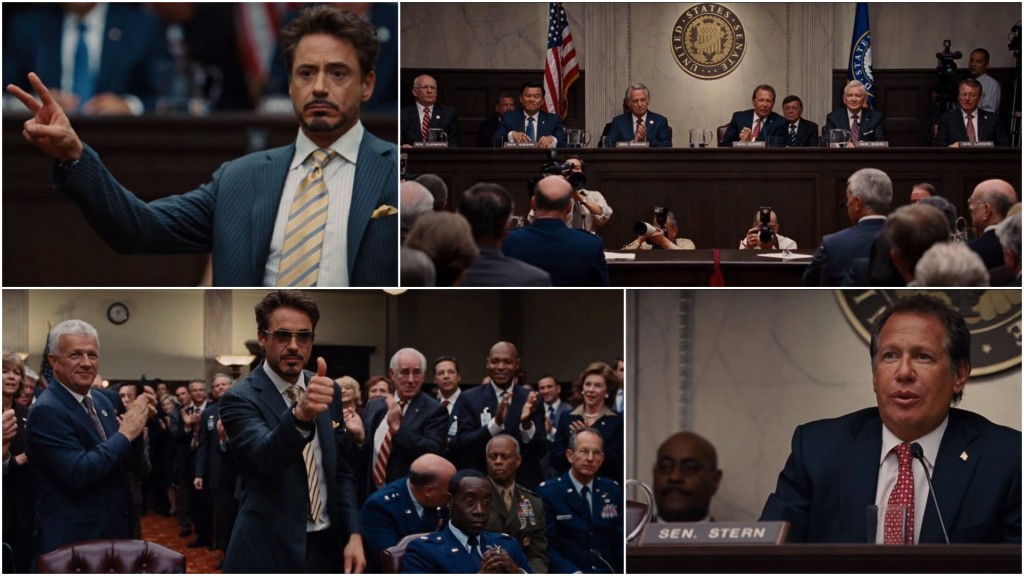 Someone who claims to be a nuclear deterrent (and eventually proves himself after a couple of films, wink, wink!) and a private “bodyguard” of the world peace is a tough nut to crack and a force to reckon with. Anthony Stark systematically and scenically rebukes and lampoons the Senate Armed Services Committee hearing and Senator Stern about their allegations on the “infamous” Iron Man’s suit and Iron Man himself, which are being viewed as a threat. Tony Stark doesn’t even blink where all eyes had turned blind, giving us a glimpse of his humorous yet assiduous self.

Yup. I dare you, make your move. A good move, indeed. The first contact between Captain America and Iron Man couldn’t get any better. Moreover, being cheesy with Agent Romanoff and giving Loki a piece of his mind is what can be expected only from Tony Stark. 30 seconds of pure awe, this scene is the measure of prowess and the repute Mr Stark has garnered for himself over the years. 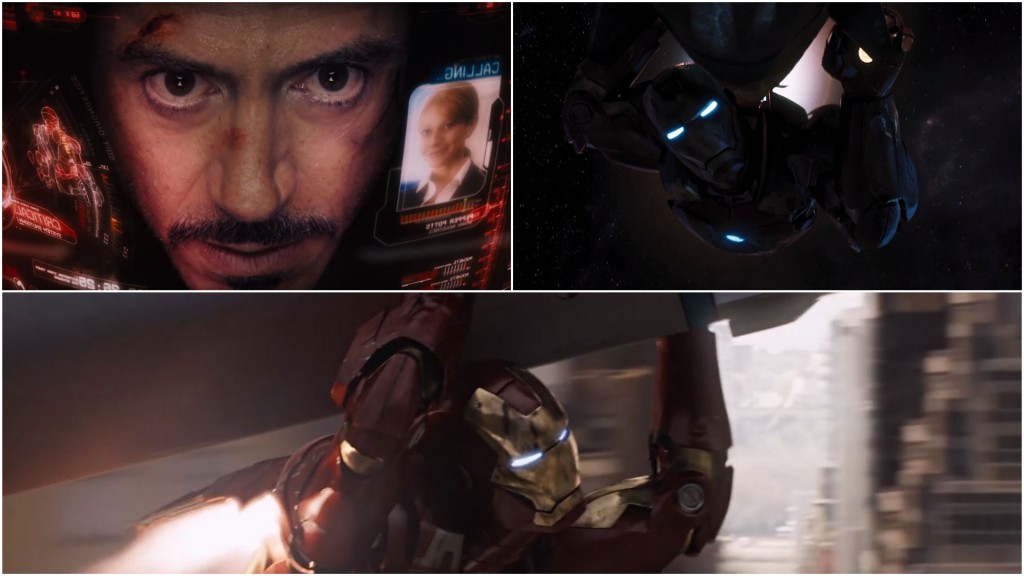 No, it’s not about Jon Snow discussing with Sam on knowing “where to put it”. Never in the movie history has it happened that a single person is positioned against a nuclear missile, and that person diverts it off its course. Meet Tony Stark. While all of the Manhattan is in ruins and The Avengers are busy fighting the Chitauri, Tony Stark’s resourcefulness and his will to prove himself saves the day. If it wasn’t for him, Captain America would have proved himself right. Take that (suit) off, what are you? Well, you know the answer to that.

As nonchalant as he could be, Tony Stark’s Jericho presentation scene is where he busts myths and imposes his ideology of “a weapon you need to fire only once”. The presentation could not get any better than Tony facing the rather impressed US Army personnel (including James Rhodes) with his arms wide open. An epitome of all the swag he can pull off in a single scene, Tony Stark’s know-how of what he’s into, along with the punches he pulls of is becoming of the Iron Man we know. To peace! 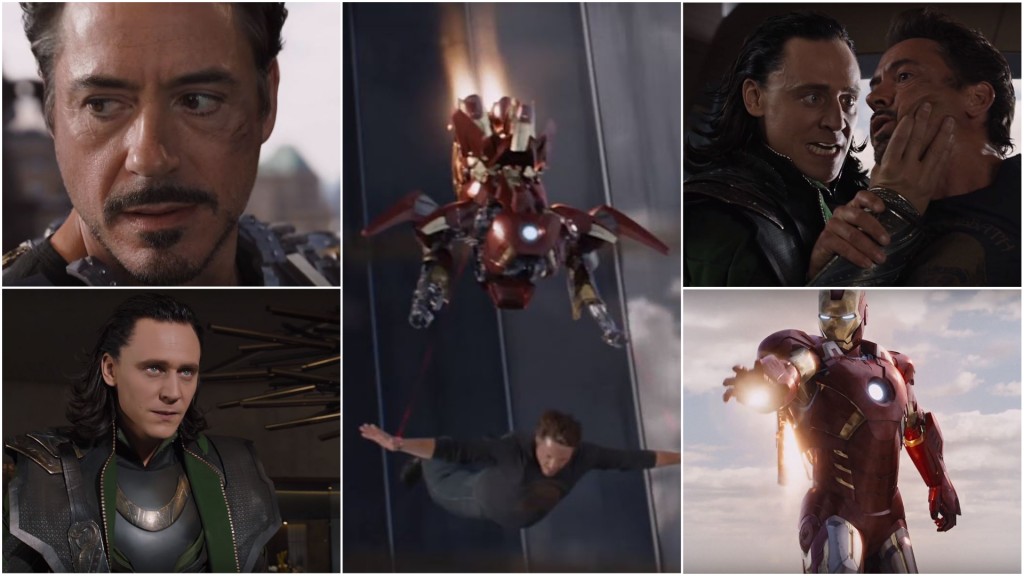 To threaten someone who has the Spectre and a knack for turning people rogue takes a lot of muscle. Tony Stark pulls it with ease, without any Iron Man suit, adding a bit of quirk and intimidations for Loki. Troubled by the loss of Agent Phil Coulson, a seemingly irritated and enraged Tony Stark’s assertions against Loki fills gives us goosebumps in anticipation. That, followed by the Mark VII being rendered upon Tony using hi-tech sensory bracelets and Loki taking a hit from a visibly pissed off Iron Man is worthwhile. 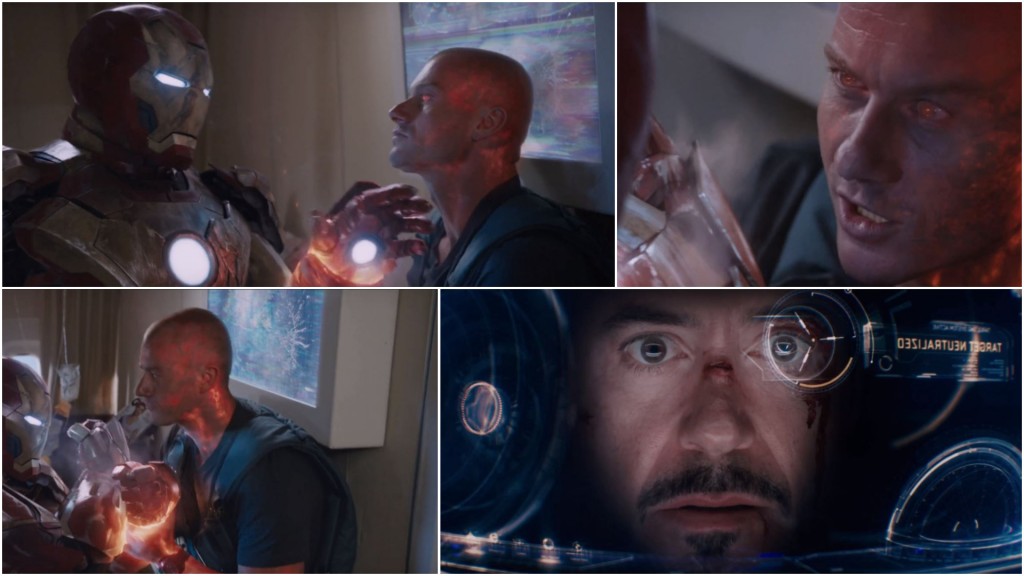 The iconic fall of thirteen people from Air Force One followed by a miraculous save by the Iron Man (courtesy, Barrel of Monkeys), is preceded by this one scene where Tony probably also sort of avenged the attack on Happy Hogan. This one statement is enough to prove the real badass that he is, Tony kills the guy who took a toll on Happy’s life. And no, the victim Savin didn’t walk away as expected. 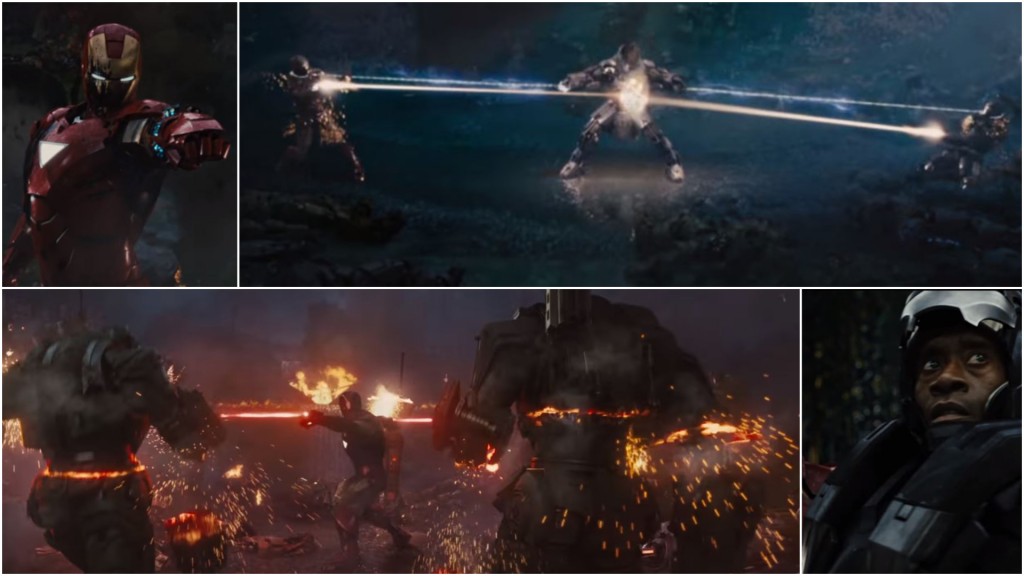 A scene comprising a payload of bullets and ammunition featuring the first ever collaboration of the Iron Man and War Machine, Tony Stark nails in his effort which has been so far largely undermined. We get to see many novel tricks and techniques to kill the drones which have been a nuisance, including the scene culminating in the death of the Whiplash. While War Machine’s “Ex-Wife” (the what?) results in a dud (courtesy Hammer Industries), seeing Iron Man covering for Rhodey is a delight in itself. Tony wouldn’t want his suit back, would he? 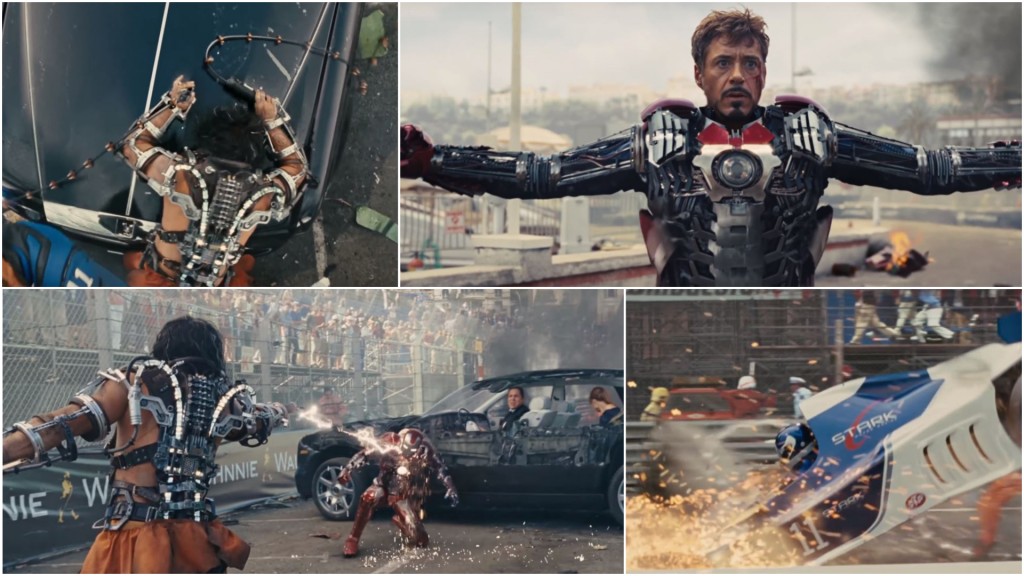 The Monaco Grand Prix sequence, followed by Whiplash A.K.A. Ivan Vanko cutting down vehicles wielding his “whips” powered by a reactor core is a classic example of what all can piss off Tony Stark. When Tony sees an intimidation, with the iconic suiting up scene of Mark V, thanks to Happy and Pepper, no damns are given thereafter. None at all. Whiplash gives in within minutes of Iron Man suiting up, in spite of causing substantial damage to the armour. Also, a big fat thanks to Happy for repeatedly ramming the Rolls Royce onto The Whiplash, that was utterly satiating. Do you think Tony’s out of his mind? Well, Pepper does. 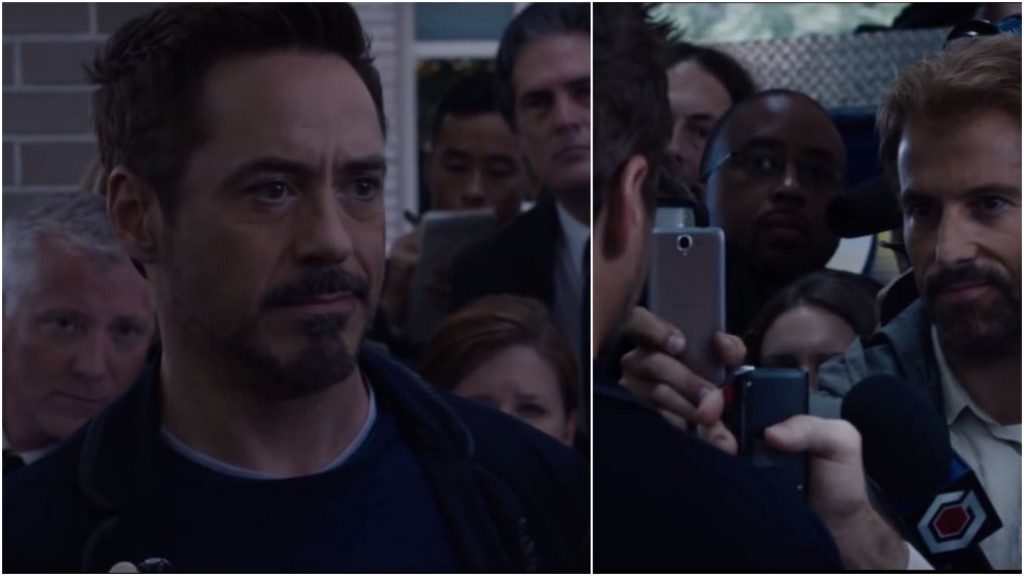 I’d classify this scene into the category of plain simple intimidation, from someone who doesn’t care a damn about the repercussions. Each and every sentence, every word, and expression of Robert Downey Jr. in this very scene speaks volumes about his indomitable will and that his revenge knows no bounds. The seething anger is easily evident on his face while he spells out his address before breaking a press reporter’s phone. What follows next isn’t something he’d have anticipated. 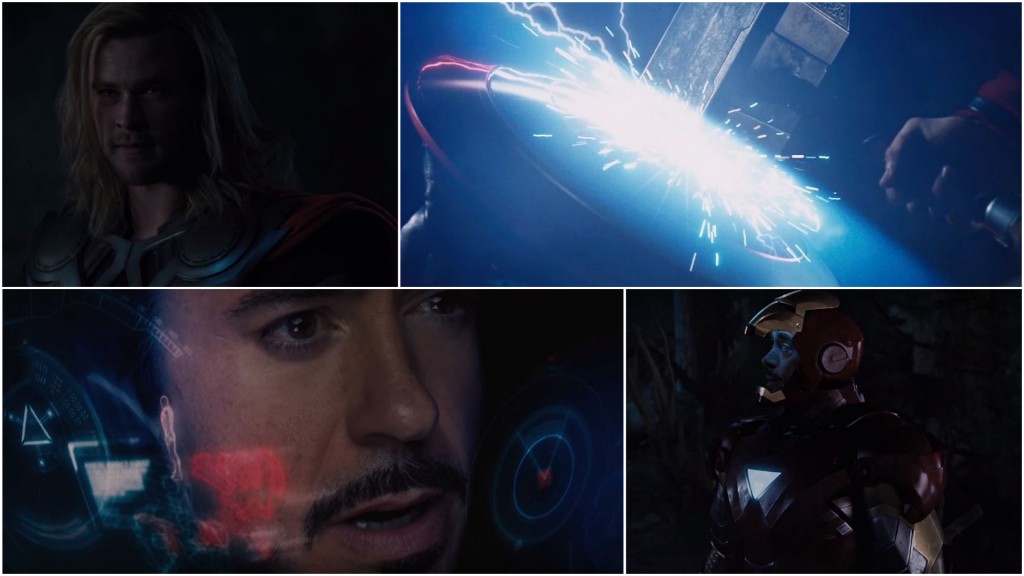 The epic confrontation between Tony Stark and Thor is not to be missed. As Tony Stark leaps out of the jet citing, “I have a plan…Attack!”, while Captain America follows, a perplexed and proud demi god Thor is taken aback by an unforgiving “metal man” and atheist Tony Stark. Notwithstanding the repute that Thor has, Iron Man kicks some ass before Captain intervenes and asks Thor to “put down the hammer”. Doesn’t he know the Hammer means everything to Thor? Probably he does now. 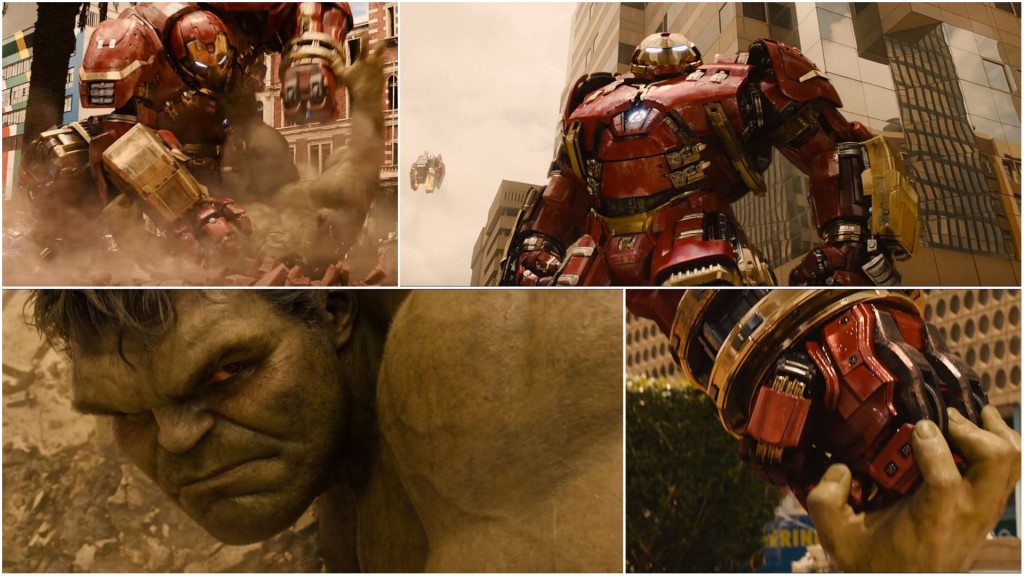 So long as “Veronica” provides, Tony Stark will continue to have the mettle to take on against the strongest. Even if that strongest is The Hulk himself. With cars flying like toys and buildings going down like a deck of cards, the devastation that this confrontation brings together is unfathomable. Moreover, Tony Stark’s unrelenting attitude on giving up a disillusioned Hulk to the world and his know how on capabilities of the Hulkbuster, which sort of exploits all the major shortcomings of the Hulk is a mere example of a super badass. 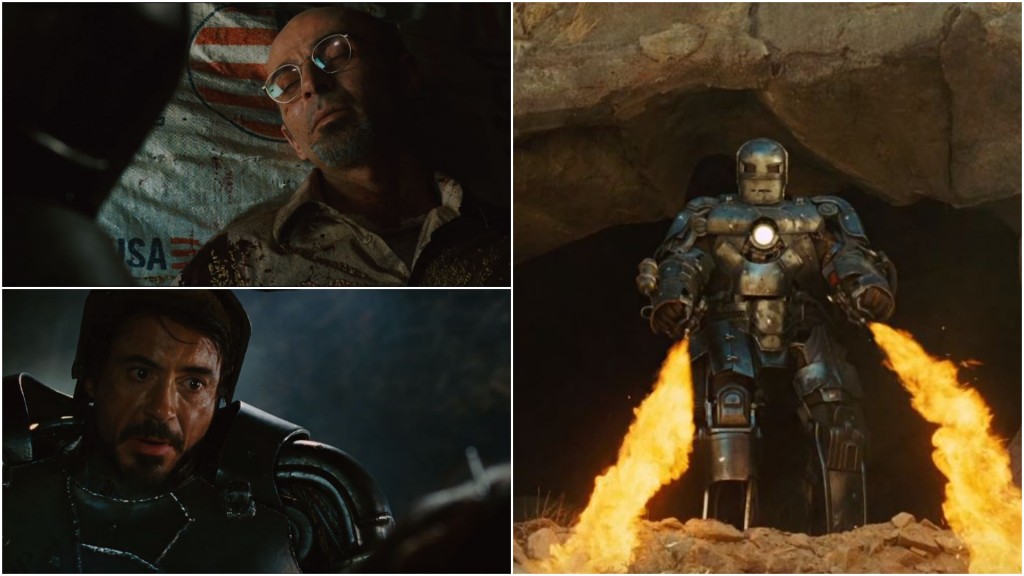 Tormented by Yinsen’s demise, who had shared quite a bond with Tony Stark during their captivity in a cave, combined with a violent berserk rage, for the terrorists have been using weapons made by Stark Industries to their evil intentions, Tony Stark does give them a beating of their lifetime. Using a flamethrower, a couple of missiles and his unforgiving attitude, Tony does manage to flee the place, thanks to his ingenuity and the help he’s been receiving from Yinsen. Everything that follows paves way for Tony Stark’s “becoming” of the Iron Man. 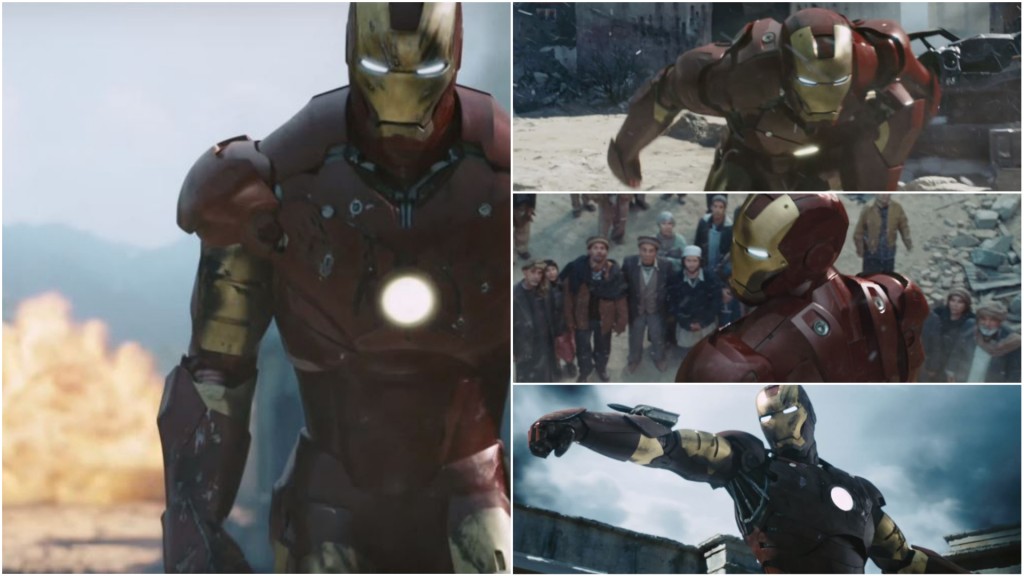 Probably the first fight scene of The Iron Man in MK III suit, he arrives, kills and flies back away. No kidding. Be it a perfect landing, pulling the bad guy out through the wall, killing multiple human hostile targets at a time, not beating the crap out the lead bad guy, instead leaving his fate to the “audience”, getting hit by a tank’s ammunition, giving it back to the tank, destroying his own Stark Industries’ weapons for good – everything is perfected to fit Iron Man’s persona. This has to be one of the best sequences of the Iron Man’s franchisee that ensures maximum impact without many dialogues, yet as badass as it could get. 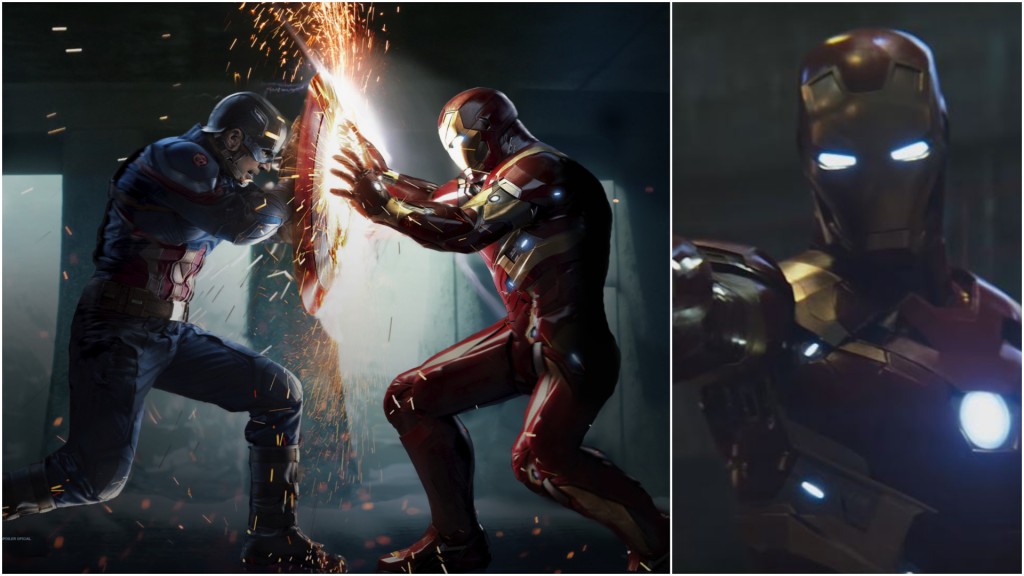 He very well knows he might not win this one. Yet, he takes a shot, when he confronts The Winter Soldier and Captain America simultaneously. As uncertain and traumatic it may seem, anyone would find it difficult to cohort with someone who had killed his parents and has been kept in the dark so far. The fury is evident from Tony’s face and he leaves no chance of tearing apart the Winter Soldier, rather literally, by taking off his metal arm and stripping Captain America of his shield. Something that ends in an abrupt, gloomy manner and paves way for new partnerships (between Captain America and Black Panther) also leads to one of the conclusions that Tony Stark doesn’t care a f**k about anyone out there. In the end, it’s all about troubled relationships, broken collaborations, backstabbing bad guys and failing “wise” old men of Howard Stark’s era.