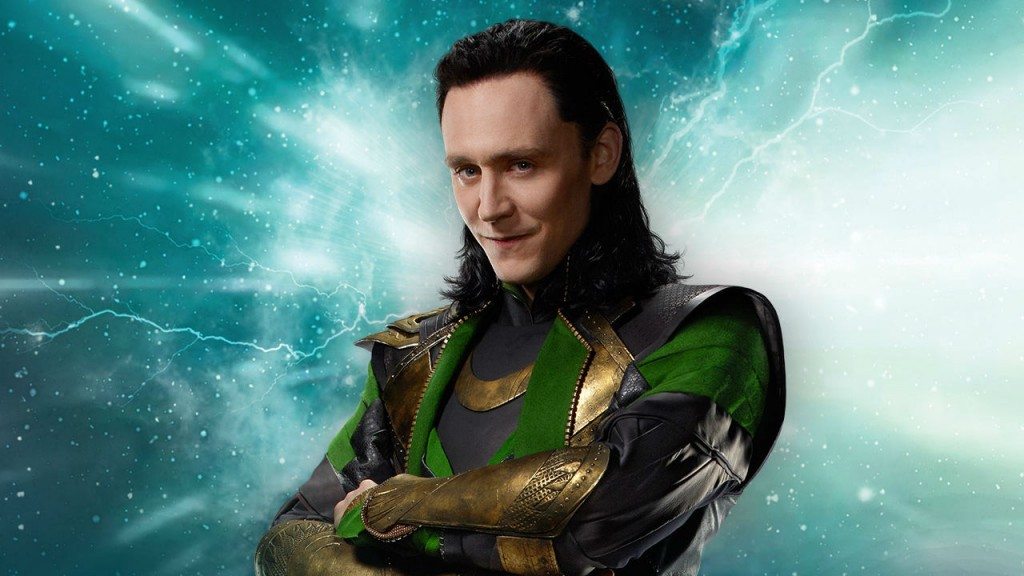 From comics to the large screen of cinema, Marvel has come a long way. And so have the heroes. Etched wonderfully, each of them have managed to leave deep impressions on the viewers. Be it the righteous Captain America or the genius billionaire yet cocky Iron Man or the Mjölnir wielding Norse god Thor, the Marvel heroes have huge fan following. But doesn’t it take a super villain to make a super hero?

We at the Cinemaholic, took a stab at the top villains of Marvel Cinematic Universe and curated a list of the best Marvel villains who have appeared on the screen. Go through some of the brightest yet meanest of them all. When Netflix revamped ‘Daredevil’ to a web only series, everyone took notice of it. Mostly because the Ben Affleck starred in one that was a huge debacle. But Netflix proved everyone wrong. ‘Daredevil’ went on to be a roaring success and currently is in its second season. Apart from the storyline and direction, one man who should take credit is Vincent D Onofrio. Playing Wilson Fisk or better known as the Kingpin, he took it to a different level. Kingpin is one of the most feared mafia lords and is the arch enemy of Daredevil. 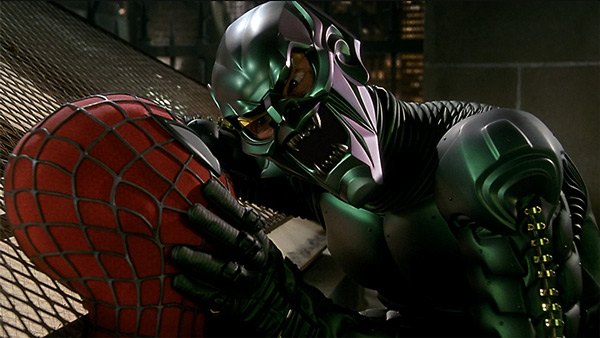 That shrieking laugh set the course of all Spiderman movies. Created due to a self experiment gone wrong, the Green Goblin aka Norman Osborn is a halloween themed villain who travels on the goblin glider and uses grenades as primary weapon. Willem Dafoe as the Green Goblin was a force to reckon with. He rose as one of the most evilest foes of Spiderman. After Norman Osborn died, his son took the mantle to be the next Green Goblin. 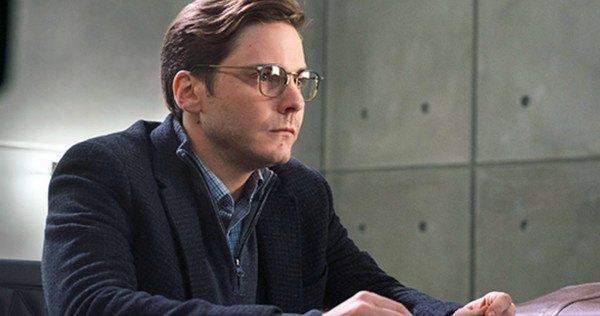 ‘An empire toppled by its enemies can rise again. But one which crumbles from within? That’s dead. Forever.‘ With these powerful lines, Col. Helmut Zemo laid the foundation of the end of the Avengers. Played by the very talented Daniel Bruhl, Helmut Zemo isn’t the quintessential villain that you will expect from a Marvel offering. An army man who lost his family due to the events in Sokovia, blames the Avengers for it. Through his meticulous planning, he creates a never ending tiff between Captain America and Iron Man. 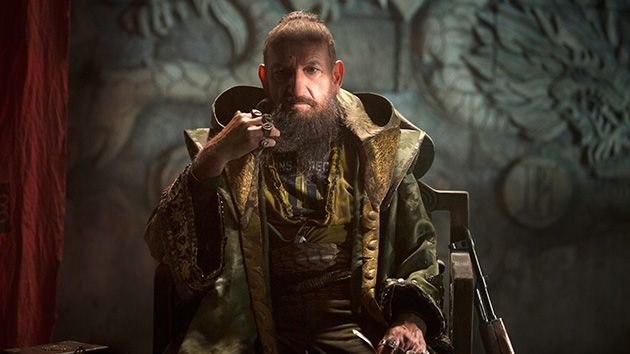 When Iron Man-3 released, diehard comic book lovers literally bayed for director Shane Black’s blood. After all, he had drastically changed the supernatural Mandarin. But what a change it was !! Instead of a ring wearing super villain, he carved out a man lusting for revenge for a rejection that he received from Tony Stark. Weaving the mask, behind an actor, he creates a weapon dangerous enough to bring chaos to the world. Guy Pearce as Aldrich Killian did total justice to the role which needed equal parts of meanness and charm. For a super serum pumped righteous Captain America, the perfect folly was the man subjected to the same serum, only to get deformed due to his inner evil. With a face that resembled death, the chief of the Nazi Hydra, wanted to change the course of the great war by harnessing the occult power. Hugo Weaving played Red Skull where he brought in a typical old school villainy to it. 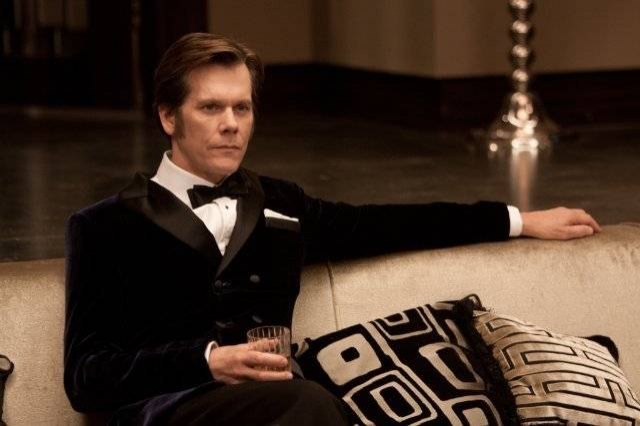 Behind the deep rooted hatred of Magneto, there was Sebastian Shaw. A man so evil that he killed a mother in front of his son, to trigger his hidden mutant powers. A mutant himself, with a deadly power to absorb and use any form of energy, Sebastian Shaw used the infamous cuban missile crisis to unleash another world war. He almost succeeded only to be thwarted by the X-men in the end. Kevin Bacon played Shaw in the cinematic representation and just slayed it. In his own words, he imagined the character to be a sociopath to whom the morality of the world didn’t apply. 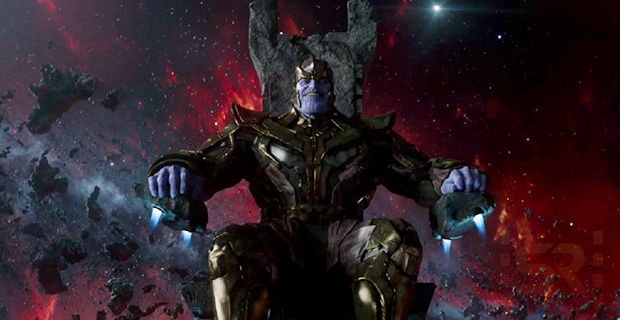 Every marvel movie has a teaser at the end of credits which kind of hints at the next upcoming movie or its storyline. At the end of the Avengers, the Other details about the failed Chitauri attack on earth and we see a smiling Thanos looking back at us. Since his inception on this series and apart from a brief appearance on the ‘Guardians of the Galaxy’, Thanos has always intrigued us with his all knowing, mischievous smile. As per the comics, Thanos is a Titan who uses the six infinity stones on a gauntlet to control the multiverse. Josh Brolin plays Thanos in all of his brief appearances and will return in full glory in the upcoming Avengers – Infinity Wars. 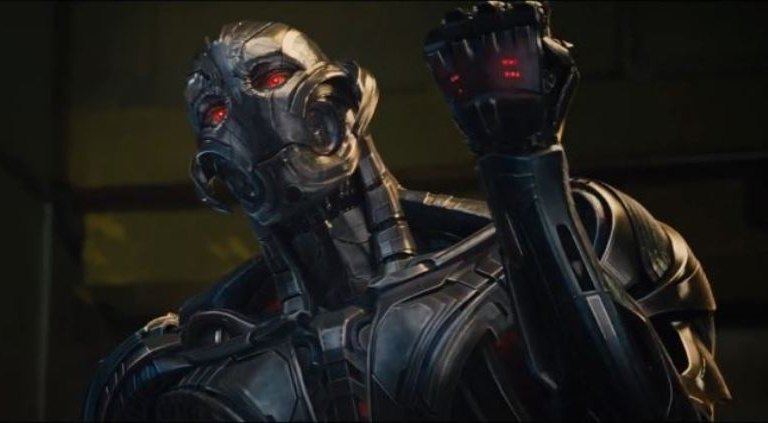 In order to create a self sustaining artificial intelligence for peace keeping purpose, Tony Stark and Bruce Banner come up with Ultron. It turns out to be their biggest mistake as Ultron turns out to be Frankenstein’s monster and decides to cleanse the earth by wiping off humanity from its face. James Spader played Ultron through performance capture and with his heavy baritone brought Ultron alive. Well, who can forget “I had strings, but now I’m free…There are no strings on me!” 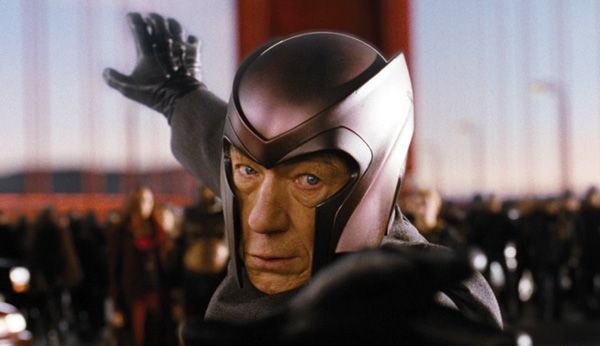 Born Eric Lehnsherr, he is known to unleash his control over metal, when subjected to extreme traumatic circumstances. Pursuing the man responsible for his mother’s death, he meets another young mutant who could control minds. They go on to become the first X-Men. Later their friendship comes in their way as Eric chooses to destroy mankind considering them to be the arch enemies of the mutants. Played by Sir Ian Mckellan in the original trilogy and Michael Faasbender as the younger self, Magneto is neither good nor evil. He chooses to do what he thinks is right and that’s protecting the mutantkind at the cost of mankind. The mischief monger and the Norse God of tricks, Loki is the arch nemesis of Thor. Pursuing a hatred for being denied the throne, Loki hatches a plan to remove Thor as the rightful owner of the Asgard and then prove himself as the worthy successor. Unsuccessful at this, he allies with a greater power called the Other to unleash an alien Chitauri force on earth, in return of one of the infinity stones. Tom Hiddleston played Loki in all of the cinematic appearances. From playing a man jealous of his brother for being the king, to his transformation into a power hungry tyrant wanting to rule all over the world, his work was hugely appreciated by the audience.