When Will The Marvelous Mrs. Maisel Season 4 Premiere on Amazon Prime? 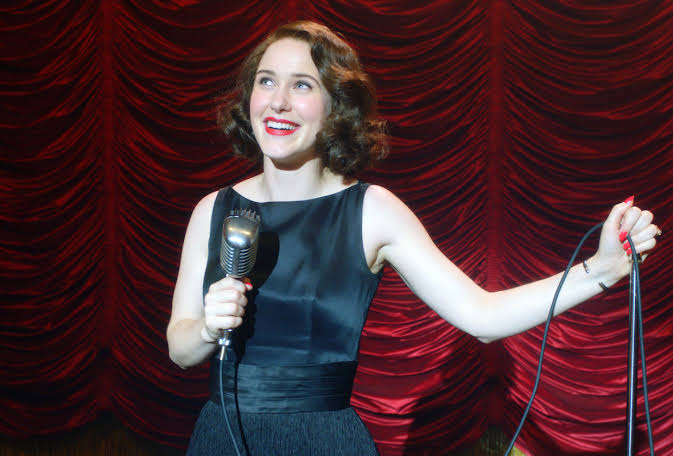 ‘The Marvelous Mrs. Maisel’, an Amazon Prime original, is a period drama set in the 1940s and 1950s in Manhattan. The show first released in 2017 and follows a homemaker named Miriam Maisel, who realizes that she has a knack for stand-up comedy.

The pilot, upon its release, opened to immense critical acclaim, after which Amazon picked it up for a two-season order. It was then subsequently renewed for a third season. A multiple award winner, including Primetime Emmy and Golden Globe awards, it proved to be a huge success for the platform. Now, the question naturally arises: will there be a ‘The Marvelous Mrs. Maisel’ season 4? Let’s find out.

The Marvelous Mrs. Maisel Cast: Who’s in it?

Rachel Brosnahan from ‘House of Cards’ fame stars as the enigmatic, charming, and inexplicable protagonist, i.e the titular character, Miriam “Midge” Maisel — a housewife who has a realization that she is born for stand-up comedy.

Some of the guest stars introduced in season 3 include ‘Gilmore Girls’ alum Liza Weil, Cary Elwes (‘Stranger Things’), Stephanie Hsu (‘The Path’) and Sterling K. Brown (‘This Is Us’). Season 4, as and when it happens, is expected to feature all of the main cast members, reprising their original roles.

The Marvelous Mrs. Maisel Plot: What is it about?

The plot of ‘The Marvelous Mrs. Maisel’ takes us to the late 1950s in Manhattan, where we are introduced to a Jewish, upper-class housewife Miriam “Midge” Maisel. Midge had very simple dreams from her childhood — have a family after finishing college. Her husband Joel works as a businessman in a plastics company and performs stand-up comedy in his spare time at The Gaslight Cafe. He eventually leaves Midge for his secretary.

Heartbroken and at a loss of what to do, Midge gets drunk at the cafe one day and delivers an impromptu performance. She is surprised when the audience applauds her for her act, after being stupefied with her brilliant, witty, and natural delivery. Midge now discovers her hidden talent and pairs up with Susie Myerson, her manager, to take up stand-up comedy as a profession.

To sustain herself, Midge and her kids move in with her parents, Rose and Abe, and she lands a job at B. Altman. She now has a steady income and her workplace events also give her ideas for her acts.

Season 3 follows Midge as she shines further in her career. She gives an opening performance for musician Shy Baldwin, the first act of her extravagant tour. She then appears in a USO act, a lavish mansion in Las Vegas, a casino, and a site in Miami. On the other hand, Susie is seen attempting to adjust to her new hectic routine of being a high-end manager while also serving Sophie Lennon as a client.

The third season gives a lot of focus on Midge’s flying career, something which had seemed to become stagnant in season 2. Of course, Mrs. Maisel looks remarkably beautiful in all her appearances — clad in aristocratic vintage fashion-wear, swishing around in lavish sites. The dialogue delivery is great, packed with multiple sharp one-liners and comic timings.

As for the rest of the characters, who are given almost equal screen-time as that of Maisel, here’s the gist. Joel aims to launch his own bar in Chinatown with the assistance of a native resident named Mei. Midge’s dad, Abe, is hell-bent on leaving his job, which means her mom, Rose, is worried about how the cash would come in now. Joel’s parents have taken a new house in Queens.

Season 3 brings in loads of new story arcs and Maisel learns multiple valuable business lessons. Season 4, as and when it happens, is expected to continue the story further while narrating the numerous ups and downs in its central characters’ personal and professional lives.

The Marvelous Mrs. Maisel Season 4 Release Date: When will it premiere?

‘The Marvelous Mrs. Maisel’ Season 3 premiered on December 6, 2019, on Amazon Prime, in all its entirety of eight episodes.

Now as far as a fourth season goes, you should know that ‘The Marvelous Mrs. Maisel’ has a long way to go. Writer and director Amy Sherman-Palladino has already a conclusion in mind but she admitted that the end is not here … yet. Expressing her views about a possible conclusion, she expressed her views ahead of the Season 3 premiere, saying, “We know where we want [Midge]’s story to end. We don’t know how many more seasons it will take to get there, but we know when the journey is over.”

So, there you go! A new season is definitely on the way. When? If Amazon follows its ongoing release schedule for the series, ‘The Marvelous Mrs. Maisel’ season 4 would most likely premiere sometime in December 2020.

Here’s the trailer for season 3. If you haven’t seen the show yet head over to Amazon Prime to catch all the episodes of the previous seasons.

Read More: Where Was The Marvelous Mrs. Maisel Filmed?