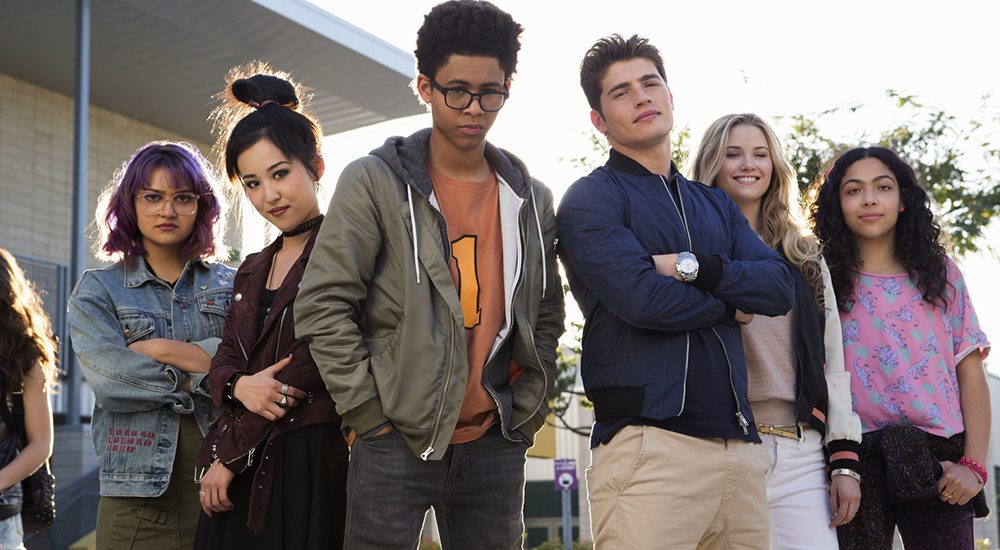 Marvel’s Runaways’ aka ‘Runaways’ is based on the eponymous characters from the Marvel Cinematic Universe. The Hulu Original show and superhero series first debuted on the platform on November 21, 2017. Created by Josh Schwartz and Stephanie Savage, it is inspired by the Marvel Comics franchise and is produced by ABC Signature Studios, Marvel Television, and Fake Empire Productions. Schwartz and Savage are also credited as the showrunners.

‘Runaways’, after spanning two successful seasons, has now been commissioned for a third installment. Here’s everything we know about Marvel’s Runaways Season 3.

Marvel’s Runaways Season 3 Release Date: When will it premiere?

Marvel head of television Jeph Loeb expressed his happiness over show’s renewal, saying, “Thank you, Hulu! We’re thrilled that ‘Marvel’s Runaways’ is back for its third season. Josh Schwartz and Stephanie Savage and the amazing writers have something epic in store for our terrific cast.”

Marvel’s Runaways Cast: Who is in it?

‘Runaways’ stars Rhenzy Feliz as Alex Wilder. An intellectual nerd, he wishes to unite with his childhood friends and serves as the leader of the gang. Lyrica Okano is Nico Minoru. She practices the art of Wicca and stands out from the rest due to her gothic appearance. She is the second in command of the Runaways. Joining them is Virginia Gardner as Karolina Dean. A hybrid between a human and an alien, she has a religious upbringing and is not keen toward following her mom’s instructions. She wants to pursue her own dreams. Karolina comes with the ability of flight and glows in rainbow-streaked light.

Ariela Barer stars as Gert Yorkes. Holding a knack for social activism, she possesses the power of telepathy and owns a genetically engineered dinosaur, named Old Lace. Gregg Sulkin enacts the character of Chase Stein. He is extremely gifted in engineering and is a high school lacrosse player. He can create gadgets, such as the powerful weaponized gauntlets called “Fistigons”. Rounding up the Runaways is Allegra Acosta as Molly Hayes Hernandez. She is the youngest member of the team and always shows a positive attitude. She possesses superhuman strength and the power of invulnerability.

Angel Parker is Catherine Wilder, a prominent lawyer, and Alex’s mother. Ryan Sands plays Geoffrey Wilder, Alex’s dad, and a successful businessman. Annie Wersching portrays Leslie Ellerh Dean. She is Karolina’s mother and is a member of the leadership board of the religious cult group, Church of Gibborim. Kip Pardue is Frank Dean — Karolina’s dad, who was a star during his teenage years. Currently, he is not doing so well in this professional acting career. He is also one of the leaders of the Church of Gibborim. Ever Carradine stars as Janet Stein, Chase’s mother and an individual with a genius mind. James Marsters is Victor Stein. He is Chase’s dad and possesses the same engineering talent as his son.

Brigid Brannagh is Stacey Yorkes. She is Gert’s mother and a bioengineer by profession. Kevin Weisman enacts the character of Dale Yorkes, Gert’s dad and also a bioengineer. Brittany Ishibashi is Tina Minoru, Nico’s mother, who is an exceptionally talented innovator, an ambitious CEO, and someone who chases perfection. James Yaegashi is Robert Minoru, Nico’s dad, and a brilliant innovator just like his wife.

Julian McMahon stars as Jonah. He is Karolina’s biological father and is an extraterrestrial being. He serves as the benefactor of the Pride. Winding up the lead cast is Elizabeth Hurley as Morgan le Fay. She has the power of immortality, is a student or Merlin, and a powerful sorceress.

Marvel’s Runaways Plot: What is it about?

‘Marvel’s Runaways’ is based on the eponymous comic books created by Brian K. Vaughan and Adrian Alphona. It is the tale of six kids who are compelled to join hands when they make a terrible discovery — their parents are actually the worst villains in disguise, who are all part of an organization called the Pride. This murderous cult comprises of members who are often shown donning red robes and being involved in the darkest crimes and dealings. When the teens witness their parents being involved in a horrendous act, they band together and resolve to unravel more of the Pride’s activities. Although they come from different backgrounds, they are forced to band together and unite against their common enemy — while being on the run, trying to live on their own, and contemplating about how to put an end to the Pride.

Season 3 also follows the same premise, delving deeper into the various adventures of the Runaways. According to showrunners and executive producers Josh Schwartz and Stephanie Savage “We are so excited to tell more ‘Runaways’ stories and are so grateful to Marvel, Hulu, our amazing cast and crew and of course our passionate audience. They further added, “Season three will be a magical time on Runaways, as we deepen our connection to the Marvel universe. We are honored to continue to play in the sandbox created by Brian K Vaughn and Adrian Alphona.”

Check out the below trailer of Runaways season 3 and get excited: