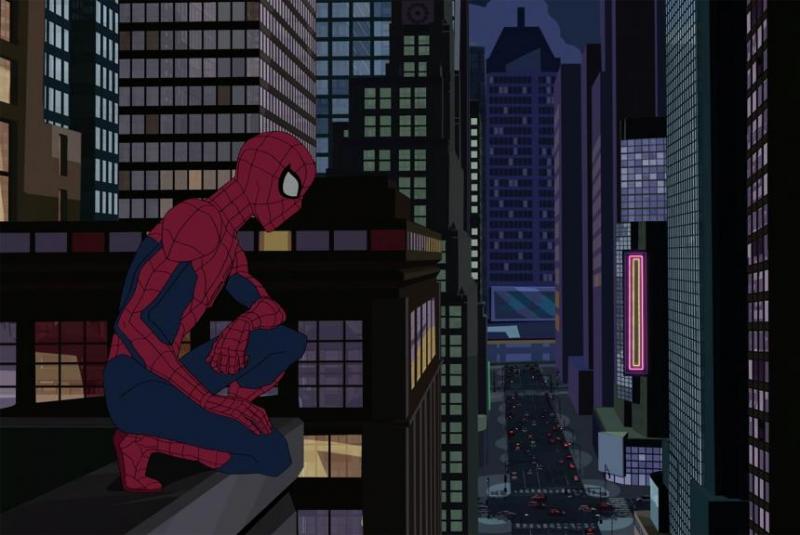 We all know our friendly neighborhood Spider-Man, immortalized as one of the most influential comic book superheroes of all time. Embodying the age-old wisdom ‘with great power comes great responsibilities,’ Peter Parker has fought hard to save the day. ‘Marvel’s Spider-Man’ is the tale of the exploits of our webbed hero from Queens.

Over the seasons, the animated series has remained a favorite among fans, and now that Marvel’s superheroes have become a talking point globally, viewers are flocking to the third season. Titled ‘Maximum Venom,’ the season sees Venom trying to dominate the world. Peter and his allies must stop the evil plan, and Spidey’s link to the volatile Venom might tip the scales in the war between humans and symbiotes.

You might be curious about what goes down in the season premiere. We are here to give you the rundown and walk you through when and where to watch the upcoming episode.

‘Marvel’s Spider-Man’ Season 3 Episode 2 is tentatively slated to release on May 17, 2020, at 9 pm ET. The upcoming episode is titled “Amazing Friends.” Baby Groot lands on earth with an urgent message for Spidey. He must decode it and help the alien while keeping Groot safe from Baron Mordo and AIM.

Where to Stream Spider-Man Season 3 Online?

‘Marvel’s Spider-Man’ is a Disney series, which means you can watch it with a cable subscription. If you don’t have one, you can always head to the Disney Now site and stream it. As you know, Disney+ is the recently launched streaming platform from the House of Mouse. They intend to gather all their content under one umbrella. Therefore, ‘Marvel’s Spider-Man’ is expected to be available on the platform as well.

However, for now, you can only stream the first two seasons. Amazon Prime users have the option to buy and stream the episodes. Check it out here.

The episode sees Spidey testing the holographic training room, by picking fights with some notable villains of the rogue’s gallery. Peter also learns that Max injected himself with a synthetic copy of the Venom symbiote to try and help Spidey. He takes Max’s place in giving Grady a tour.

Soon enough, things turn bad as Grady unleashes Technovore, a technology eating monster, from the project graveyard at Horizon University. Spidey has to use the synthetic version of Venom to assist him in defeating Technovore before it destroys the arc reactor gifted by Tony Stark.

While continuing tests on the synthetic symbiote, Peter realizes it still has a weakness to electric currents. Meanwhile, as Dr. Connors begins to expose Modell’s experiments as being unsafe, the Venom symbiote gets free and takes control of Connors. Under the command of Venom, Connors removes the synthetic symbiote.

Once Venom is done with Connors, it leaves the doctor behind and goes to the site where the meteor crashed, carrying all the symbiotes. Using the power from the meteor, Venom beams a message into space. Is this the warning message that Groot brings to Spidey in the upcoming episode? Only time will tell.