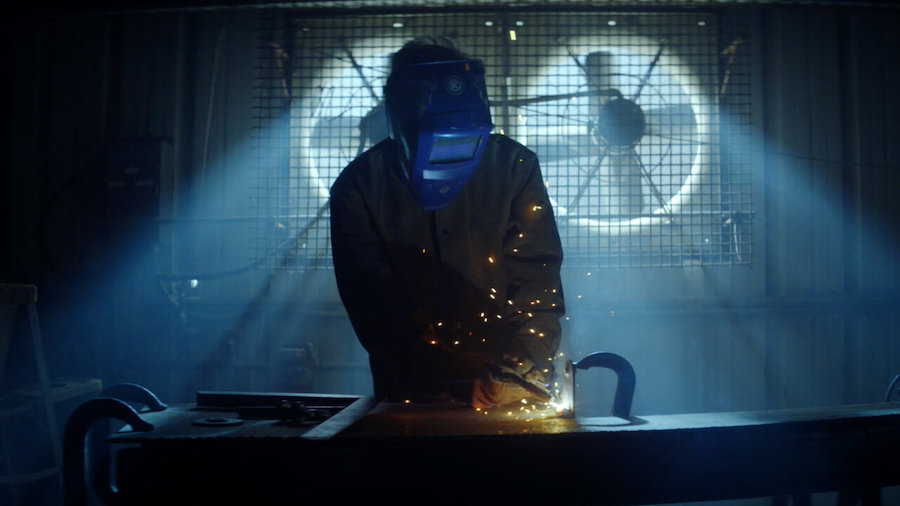 Netflix’s ‘Tread’ follows the story of a man who decided to inflict his wrath upon all the people who had wronged him in a way that no one could have imagined. He created a machine that went on a rampage through the town, destroying everything in its path. While the documentary uses real-life footage and interviews, it is rather unbelievable to think that a common man can take things in their own hands and attempt such a thing. It almost feels like a movie, packed with thrill, action, and all kinds of twists and turns. All of it is centered around a man named Marvin Heemeyer. Who is he and what happened to him? Here’s the answer.

Who is Marvin Heemeyer?

Born in South Dakota, Marvin Heemeyer was a welder and an automobile muffler repair shop owner, who moved to Granby in 1991. ‘Tread’ begins his story from the time he bought a piece of land to build his muffler shop and then got in trouble with the other residents of the town. Cody Docheff wanted the land and he pursued Heemeyer about it. Initially, Heemeyer agreed to sell it for $250,000, but then he changed his mind and kept hiking the price until Docheff decided to leave it.

Trouble began for Heemeyer in 2001, when Docheff bought the land right next to him to set up his concrete plant. Heemeyer tried to appeal against it, but not only was Docheff’s work not stopped, but Heemeyer also had to face trouble in his business. He was fined for several violations on his land, the most glaring of them that he had not hooked up his place to the sewer line. The problem was that the line was at a distance of around 60ft from his property and it would have taken around $80,000 for him to get it done. He was advised to hook one to Docheff’s property, but for that, he would have to drop the lawsuits he had filed against everyone he thought did him wrong.

After feeling helpless about his situation for a long time, he came up with an idea that would shock everyone. He bought a bulldozer and made some big changes in it to prepare it for the events of June 4, 2004. It took him about a year-and-a-half to make it, the time that he spent in a shed that he had built inside his shop. Before this, he also sold his property and had been working so secretly that no one knew what he was doing.

How did Marv Heemeyer die?

After destroying thirteen buildings including the Granby town hall and the former mayor’s house, the rampage by Heemeyer stopped at Gambles hardware store, a shop that he had targeted. His bulldozer had been at work for more than two hours, and by the end of it, its radiator had been damaged and the engine too was malfunctioning. Moreover, Heemeyer had not anticipated the small basement in Gambles, which is where his machine got stuck and could not get out. About a minute later, a single gunshot was heard, and it was later discovered that Heemeyer had shot himself in the head with a .357-calibre handgun.

Aged 52, Marvin Heemeyer was the only man to die that day. He inflicted damage of around $7 million. The investigation also revealed that he hadn’t planned to come out of it alive. The moment he shut himself inside the bulldozer, his fate was sealed. He had recorded several tapes recounting his experience in Granby and why he had decided to become so violent. He had mailed it to his brother in South Dakota, who then forwarded it to the FBI, who, in turn, gave it to the Grand County Sheriff’s Department. Along with the writings on the walls of his shed, the cops also found a handwritten list of all the targets, some of which he could not hurt, like the local Catholic church.

Since his death, Heemeyer has been hailed as a common man hero who rose against the oppressive actions of the rich and the ones in power; others don’t agree with the way he chose to let out his anger and dissent. The ones who favor him claim that the reason no one else died that day is that he hadn’t planned to kill anyone. The cops, however, don’t agree. Eleven out of the thirteen buildings that Heemeyer had bulldozed were occupied at the time of the attack and it was only because they were alarmed on time that they managed to run for their lives. The most important example is that of the town library, which Heemeyer destroyed meaninglessly and, at the time, there were children in the building.

Read More: Who is Cody Docheff in Netflix’s Tread?