Are Mary Fitzgerald and Romain Bonnet Still Together? 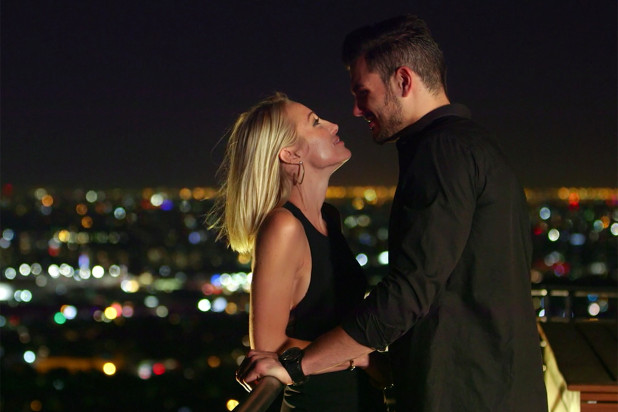 Netflix’s ‘Selling Sunset’ gave us an insight into the personal and professional lives of some of the most fierce realtors in Los Angeles, California. While dealing in some of the most luxurious high-end properties in the city, the cast members – the employees of The Oppenheim Group – also deal with the drama of their individual relationships. This show checks all the necessary boxes to be your typical reality series – cat-fights, heartbreak, tears, and glamour.

One of the most intriguing personalities on it is Mary Fitzgerald. Being Jason’s ex-girlfriend and the Oppenheim bosses’ “favorite”, she could have easily taken on the role of the unbearable snobby brat, but instead, she lets her hard work and ambition do the talking to maintain a civil relationship with almost everyone. And, of course, the fact that her beau, Romain Bonnet, is also actively involved in the drama and her life, and thus, the show keeps us on our toes. It also makes us curious to know more about them. So, here’s what we know.

Mary and Romain’s first meeting was actually in a very professional setting. The realtor had picked the French hunk up from the airport so that she could take him to look at potential places for him to stay. But, when they started talking, they formed a connection that turned their professional relationship into much more. Apparently, they started dating just after two days he arrived in the city. The couple had been together for almost a year before the filming of the series actually began, but unfortunately, not everything has been smooth sailing for them.

Such an amazing day hanging with my son while in Arizona. Missed this guy so much!! 💕💕💕 #sellingsunset #familytime #motherslove #misshim #love #motherson #poolday #

Mary has been married twice previously. And, before she met Romain – a man just 4 years elder to her son, Austin – she never thought that she’d want to go down that route again. But, that all changed when she fell in love with him. Therefore, when she found out that he had different views for their future, she was devastated. Not for long, though, because Romain had a little trick up his sleeve. On a cozy morning in their condo, he proposed to her and promised her the happiness she deserved. The ring, which had a moissanite stone due to financial constraints, has since been switched for a real diamond.

Bling bling!!! Finally got my diamond, so @themayavander you can stop reading Wikipedia now to figure out what Moissanite is! 🤣💍💎 Lol • • • #theoppenheimgroup #sellingsunset #netflix #diamondsareagirlsbestfriend #engagementring

There was a slight tension between the couple when Romain didn’t show interest in planning the wedding at first, but ultimately, he didn’t shy away from putting his foot down and telling Mary what or, more specifically, who he didn’t want at their big day. After their beautiful ceremony, it seems like the couple has started to plan for their eternity together. And, we’ll be honest, although they have their issues, especially with trust and lying, it doesn’t seem like anyone or anything can ever come in between them.

Are Mary and Romain Still Together?

Of course, they are! Mary and Romain are still blissfully married. Her saying her vows to him in French on their wedding day and him admitting to his mistakes and caring for her show that they are a couple who will do anything to fight for their love and happiness. Yes, Romain lied about girls being brought up to his suite on his Bachelor trip, but he did it so as to not cause Mary any stress in the days before the wedding. And, although that’s no excuse, he did have the right intentions, which is ultimately what matters.

The real estate agent turned reality star, and the baker turned project manager/model have been nothing but supportive of each other in all their endeavors, which is a major reason as to why they have been able to make their relationship work. Plus, the fact that they are head over heels in love and can never seem to be apart from each other for too long is also an evident factor. We did think that their thirteen-year age gap would cause problems between them down the line, especially with their expectations for if and when they want to start a family, but now that Mary has been to a fertility clinic and bought the couple some time, we doubt that it would be an issue anymore.

-Have a clear vision. -Know where you wanna get. -Be willing to sacrifice and make hard decisions along the way. -Know that nothing worth it will come easy but by hard work and dedication. -And finally, never give up not matter how hard it gets if that’s really what you want. • Many dreams big but aren’t willing to do what it takes and give up their comfort zone. But there is not secrets unfortunate but hard work. • Definitely feel lucky and grateful for having @themaryfitzgerald by my side. She is the hardest worker I know. Support me every day no matter what, to get closer to my goals and be the best version of myself in anyway. Couldn’t have ask for a better person to be by my side and call Wife ! Thank you 🙏🏼❤️ • Hope you guys are doing the same and for the Lucky’s one have someone by their side to support them. 🙏🏼😊 • • • • • • • • • • • • • #adventure #love #relashionshipgoals #lifestyle #maryfitzgerald #romainbonnet #netflix #sellingsunset #husbandandwife #dedication #dreams #goals #hardwork #nevergiveup #support #bestversionofyou