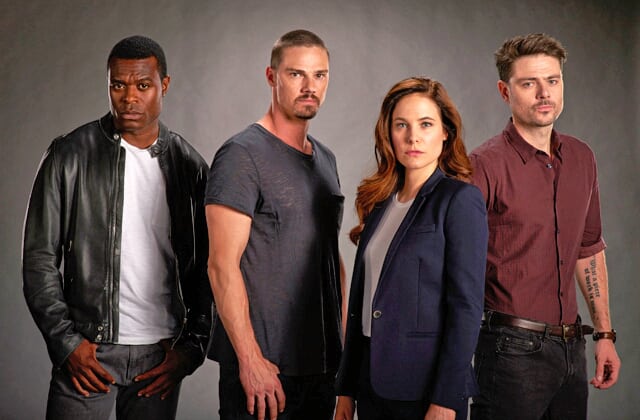 ‘Mary Kills People’ is a Canadian drama television series that airs on the Global Television Network. Created by Tara Armstrong, the show has a unique premise and is a drama that deals with the issue of assisted suicide. When ‘Mary Kills People’ was initially commissioned by Global on January 28, 2016, it was slated to consist of six episodes. Following the series order by Global, production began in Summer 2016, and half-a-year-later, Season 1, consisting of six episodes, premiered on January 25, 2017 in Canada. In the US, Season 1 premiered on April 23, 2016 on Lifetime.

Despite having little history behind it, ‘Mary Kills People’ received outstanding reviews from television critics and viewers alike, prompting Global to renew the show. Global, for its part, wasted little time, and renewed the show for a second season on June 5, 2017. Subsequently, Season 2, also consisting of six episodes, premiered in Canada on January 3, 2018, while the US premiere took place on March 12, 2018. Season 2, like Season 1, also received an overwhelmingly positive response from critics and viewers, and Global, on June 4, 2018, renewed the show for its third and final season, which aired on May 12, 2019.

Mary Kills People Cast: Who is in it?

In the show, Caroline Dhavernas plays the role of the titular character Dr. Mary Harris, who runs a side business dealing with assisted suicide. Mary’s business partner and disgraced plastic surgeon Desmond “Des” Bennett is played by Richard Short.

Mary Kills People Plot: What is it about?

Although the name ‘Mary Kills People’ sounds more like a serial killer show than one involving humane drama, it is quite the opposite of a serial killer show. Commenting on the inspiration for the show, show creator Tara Armstrong had earlier told Variety, “I wrote this because I think that it’s important to talk about the topic and not just ignore it. What we really wanted to do was normalize death and the dying process and present a different kind of death than what we normally see on TV. It’s usually fast and not really explored deeply.”

The main protagonist of the show, Dr. Mary Harris, is shown to be a single mother and a hard working ER working at the emergency department of Eden General Hospital. However, apart from her official work, Mary is also a literal angel of death, and runs a side business wherein she works as an end of life counselor and helps terminally ill patients die on their own terms. Her assisted suicide business is aided by Des Bennett, a former plastic surgeon who has lost his license. Des helps with several aspects of the assisted suicide business, and even helps Mary get drugs like pentobarbital to facilitate the death of terminally ill patients.

Yet, at the same time, Mary isn’t portrayed in an idealistic light or as someone who does a great service by helping the terminally ill end their lives. In fact, Mary is shown to enjoy her side job and the sense of control and thrill she derives from killing the terminally ill and engaging in an illegal activity.

While Mary and Des’ business thrives for a while, things soon get complicated when Mary falls in love with one of her patients, the terminally ill Joel Collins. Being in love, Mary starts having second thoughts about killing him. What she doesn’t realize is that Joel is in fact not terminally ill, but is an undercover cop, Detective Ben Wesley. While Mary struggles to decide what to do about Joel, her very business comes under threat as the police start making progress in their investigation. The chain of events which follows sees Des land up in jail, and for a large part of the second season, Mary is left to run her business by herself. Even when Des returns, things get complicated when a client starts blackmailing the duo and asking them to kill her husband. As the season progresses, Mary is forced to make a choice: come clean to Ben and her own family, or face the consequences of her actions.

The third season of the show picks up from where the second season left off. Dr. Mary Harris comes face-to-face with her own personal choices, ethics, and demons in a way she never has before. The death retreat is up and running, but its cover as a legitimate hospice crumbles away and with it the idyllic vision Mary and Des had for continuing their work in quiet secrecy. With Mary’s family and the work she loves in jeopardy once more, she realizes she is finally going to have to put life, with all of its complexities and imperfections, first.

In terms of reception, ‘Mary Kills People’ has enjoyed tremendous critical acclaim, and has an overall perfect score of 100% on review aggregator website Rotten Tomatoes, with both seasons of the show boasting perfect scores. However, while a lot of viewers have enjoyed the show, audience ratings on IMDb are not as stellar (perhaps owing to the subject matter), and ‘Mary Kills People’ enjoys a good overall rating of 7.5/10.

Mary Kills People Season 4 Release Date: When will it premiere?

‘Mary Kills People’ season 3 premiered on May 12, 2019. When Global renewed the show in June that year, it had announced  that third season will also be the final one. While that is disappointing news for the fans, they should not lose all their hopes. Given the popularity of the show, there’s still a possibility that some other network picks up the show. If that happens, we will update you about ‘Mary Kills People’ season 4 release date.

While we wait for any positive news on ‘Mary Kills People’ season 4, check out the season 2 trailer below. If you haven’t seen the show yet, head over to Lifetime to catch all the episodes of the previous seasons.