‘Masaan’: This Cannes Winner is a Moving Film About Overcoming Circumstances 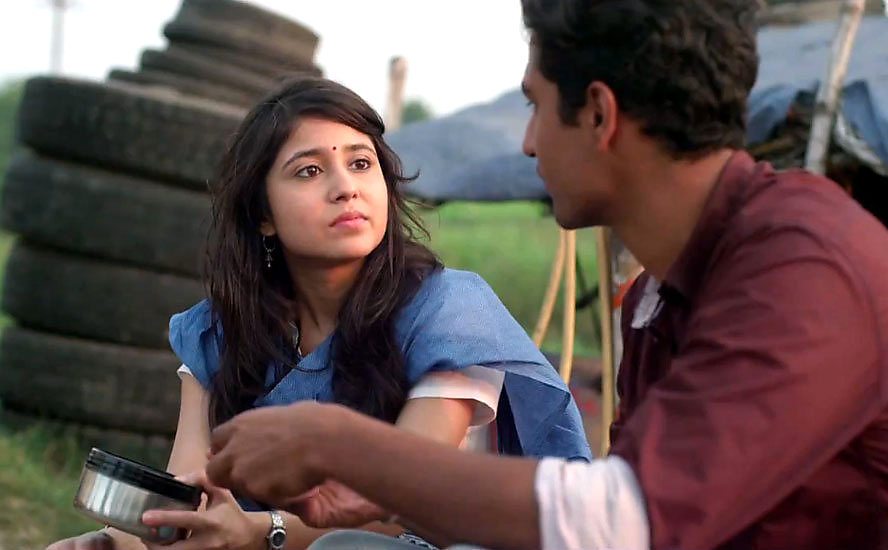 ‘Masaan’, which recently won two prestigious awards at Cannes, is a bold debut from Neeraj Ghaywan, who assisted Anurag Kashyap on ‘Gangs of Wasseypur.’ Ghaywan takes a narrative that could have turned out trite and infuses it with freshness and originality. Although parts of the storyline are predictable, the film draws the audience in and compels us to care about its characters as they experience love, loss, grief and hope. What is special about ‘Masaan’ is its lyrical quality; everything is understated, yet the film is replete with memorable moments. There are gut wrenching moments as well as wonderfully relatable, humorous moments.

The film is set in Varanasi and the Ganga (the Ganges river) is omnipresent in the film’s narrative – sometimes as a passive witness to crucial events and sometimes as a forceful entity that has the power to give as well as to take away. Varanasi, like most of India’s small towns, embodies the dichotomy of tradition and modernity. Even as its residents are embracing the internet and Facebook, its society is plagued by casteism, patriarchy and corruption. 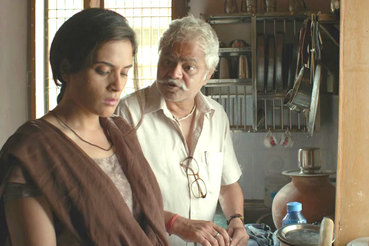 Devi is a young, unmarried woman who chooses to have sex with a man she has recently met, in order to quench her curiosity. The couple is interrupted by the police, who break into their hotel room and record a video, which the police inspector later uses to blackmail Devi’s father and extort ransom. Devi remains strong and refuses to feel any shame for her actions, but is constantly haunted by the fate her companion suffers.

A parallel storyline follows Deepak, a boy who belongs to the low caste Dom community that performs the unpleasant task of cremating dead bodies. Deepak is a final year engineering student, and he’s determined to find a better job and escape to a better life. He falls for Shaalu, an effervescent upper-caste girl. Their romance blossoms as they exchange stolen glances and Facebook messages. But when tragedy strikes, Deepak’s carefully constructed plans start falling apart.

The two storylines intersect towards the end of the film. Both Devi and Deepak are trapped by their circumstances and the small mindedness of a small town. One cannot control one’s circumstances but one can choose how to respond to them, and at its core ‘Masaan’ is a film about rising above one’s circumstances. 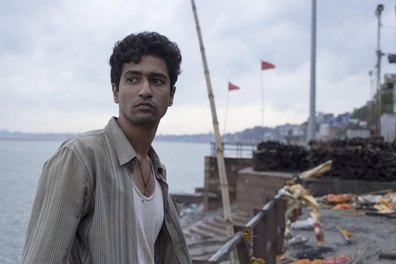 Richa Chaddha and Vicky Kaushal deliver outstanding lead performances. Shweta Tripathi, who plays Shaalu, manages to win us over with her sweetness and charm. Sanjay Mishra is brilliant in his role as Vidyadhar Pathak, a father who can be both cruel and affectionate. Nikhil Sanai is very endearing and convincing in his role as Jhonta, an orphan kid who works for Pathak.
Screenwriter, Varun Grover does a great job of combining many elements to create a tightly woven narrative. He has also penned the lyrics for the film’s three superb songs (sample this: in the song “Mann Kasturi,” he’s comparing the heart to the Kasturi, the musk deer, which runs around wildly searching for the scent around it, without realizing that what it’s seeking can be found within), with music composed by Indian Ocean.

Cinematographer, Avinash Arun (who directed the beautiful and poignant Marathi film, ‘Killa,’ that released a few weeks back) captures the real Varanasi, devoid of glamour and unostentatiously beautiful. There are a few spectacular under water sequences and picturesque sunsets. There is a wonderful shot of two red balloons flying up into the night sky over a brightly lit and festive Varanasi, that perfectly captures the joy and innocence of first love. And as I watched the balloons rise higher and higher, I was filled with hope.

Several hours after I had finished watching ‘Masaan’, the film’s gentle melancholy still lingered, but so did the feeling of hope. ‘Masaan’ is not groundbreaking or flawless, but it is undoubtedly a powerful film and it’s the kind of film that makes me feel optimistic about the future of Indian cinema.