When Will MasterChef Season 11 Return on Fox? 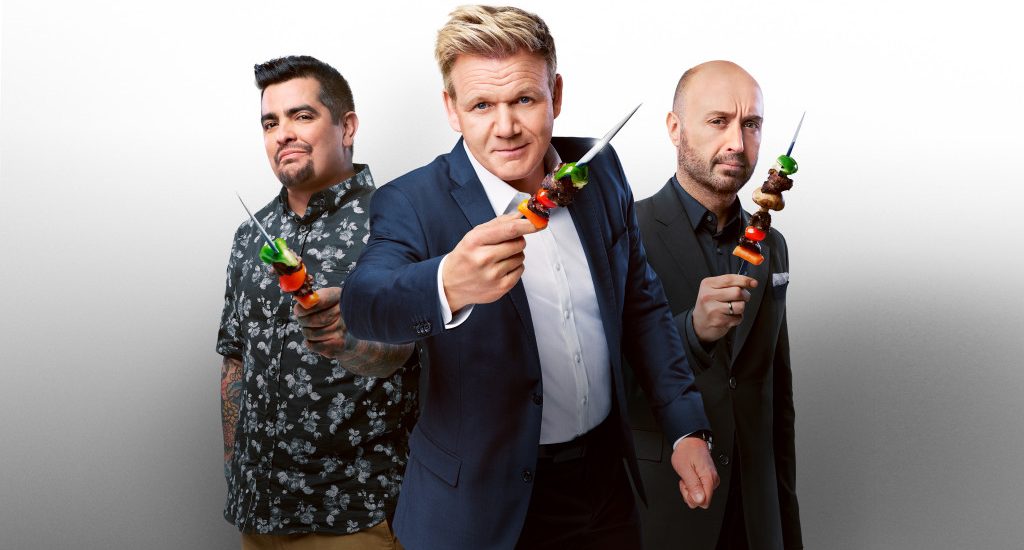 Branded as one of the toughest competitions in the genre of reality TV cooking shows, ‘MasterChef’ features rising, entrepreneurial chefs and aspiring home cooks, battling a myriad of challenges to be declared as the final winner or the “Masterchef”. The show is produced by Shine America and One Potato Two Potato and first premiered on July 27, 2010, on the Fox network. With hugely successful 10 seasons till now, ‘MasterChef’ is one of the premium shows on tv. Here’s everything we know about its next season.

Who Hosts MasterChef and Who are the Judges?

Of course, you already know this. ‘MasterChef’ features the legendary celebrity chef Gordon Ramsay as the host and judge. Known for his fiery temper, strict demeanor, and expletive-packed blunt attitude, this British chef, restaurateur, writer, TV personality, and food critic owns several restaurants, which have been awarded 16 Michelin stars in total. His signature eatery is Chelsea, London’s Restaurant Gordon Ramsay. He has evolved to be one among the most influential figures in reality television, hosting multiple programs such as Hell’s Kitchen, The F Word, Ramsay’s Kitchen Nightmares, MasterChef Junior, and Hotel Hell.

Alongside Ramsay, Graham Elliot, and restaurateur Joe Bastianich featured as the judges in seasons 1 to 5. In seasons 6 to 8, Bastianich was replaced by Christina Tosi. However, Bastianich returned in season 9 as the third judge. Season 8 saw chef Aarón Sanchez being the second judge instead of Elliot. Since season 7, we also witness several guest judges, who make special appearances in the show.

Without Gordon Ramsay there’s no show, so obviously, he is going to return as host for season 11.

What is MasterChef About?

The format of ‘MasterChef’ is similar to that of the original BBC series with the same name. The show takes us to the MasterChef warehouse in LA that houses a huge kitchen with multiple cooking stations. This venue also has a balcony, a fully packed pantry, a freezer, a fridge, along with a lavish seating and dining area.

Among all the participants, an initial round decides who will be the remaining 16 to 18 contestants. Challenge types can vary. One certain task may ask participants to do regular jobs, like dicing onions, where the judges observe their skills. In between, judges decide if a particular individual should progress to the next round. Another challenge tests the contestants by asking them to make any cuisine, that revolves around one ingredient or theme. Even this round can be used to eliminate participants.

In order to avoid monotony, the format undergoes changes from season to season. For example, season 5 has no auditions and 30 competitors are directly invited to challenge each other in the venue. Season 6 asks 26 semi-finalists to embark on a cut-throat competition with another competitor making a dish with the same staple ingredients.

In season 9, 43 chefs are divided into teams of 2, 3, or 4. They have to battle with each other in order to secure a position among the top 24. Each of the three judges gives out 8 aprons and mentors the contestants throughout the season. After this, begins the formal competition. It features a 4-event cycle, spread out over 2 to 4 episodes, with 2 chefs being eliminated after the second and fourth event. Let’s now brief you on these events.

In ‘Mystery Box’, all the cooks are given a certain box that contains the same ingredients. They have to curate a dish within a certain time frame. Judges choose 3 dishes based on appearance and technique. After the taste trial, the trio of judges selects one winner, who holds an advantage in the elimination test.

In the ‘Elimination Test’, the mystery box winner is taken to the pantry, where he is given a brief about the theme. Themes can involve using a specific ingredient, recreating a dish, etc. The participants get a few minutes to collect all the required ingredients to make the dish, after which 2 winners are announced as captains for the subsequent challenge. Here, the creator of the worst dish is also eliminated.

In ‘Team Challenge’, the contestants are divided into two teams, where each team has to make a time-bound dish for the staff of a certain restaurant. Diners taste the dishes and vote one winning team. In the ‘Pressure Test’, the members of the losing team from the previous round compete with one another to cook a cuisine within a limited time frame. Even here, the creator of the worst dish is eliminated.

After only 4 chefs are left as the finalists, the judges eliminate 2 chefs to select the last two finalists. Here, the challenges can include a face-off competition or serving signature creations to VIPs.  Judges make their decision based on taste, technique, and composition. The final winner is given a grand prize of $250,000, their own cookbook, a MasterChef Trophy and the title of Masterchef.

When Does MasterChef Season 11 Start?

MasterChef Season 10 premiered on May 29, 2019 and came to an end on September 18, 2019. Dubbed as the no.1 cooking show on TV, the show is bound to be renewed by Fox. And just like previous seasons, it is quite likely that MasterChef Season 11 will also start on the last Saturday of May, which means, May 30, 2020.

While we wait for season 11, check out the teaser for season 9 to refresh your memories.