‘Three Colors-Red’: Is Time the Inherent Flaw in God’s Design? 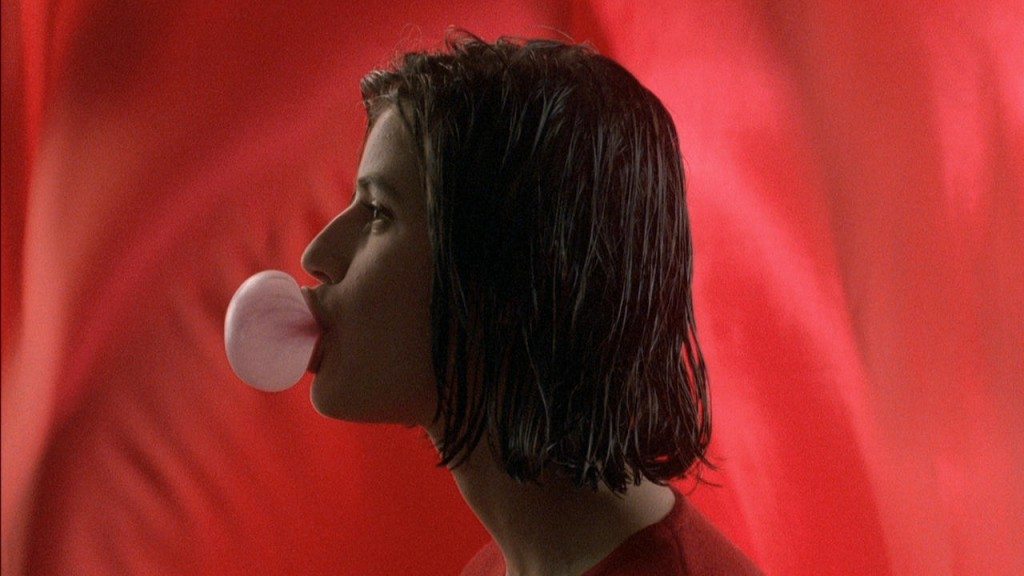 Rarely does an artist’s last work also happens to be his greatest, but in a career spanning more than two decades, Krzysztof Kieslowski attained his peak and his crowning glory, just before his untimely demise, with ‘Three Colors: Red’. The final part of the Krzysztof Kieslowski’s highly ambitious Three Colors trilogy transcends the boundaries of conformity and cliches in cinema to deliver something magical and deeply philosophical. Since the film is named Red, the third color on french flag, Kieslowski wanted it to deal with fraternity. And it does; but that’s not all what it means or tends to explore. It’s difficult to imagine a film with so many intricate layers of dense but subtle commentary about plethora of ideas and philosophies concerning both individuals and society — not to mention things beyond our control like the role of destiny and the importance of choices in our lives. It’s a testimony to Kieslowski’s brilliance that he not only pulls off such an arduous sounding film, but makes it altogether an enjoyable and riveting experience from start to finish — while simultaneously achieving what today is considered as one of the greatest film of all time.

RED is the story of young model and student Valentine (Irène Jacob), who hits a dog with her car and thus begins a strange relationship with its owner, retired judge Joseph Kern (Jean-Louis Trintignant). A relationship that begins with Valentine loathing and pitying Kern but soon becoming intrigued by his world and ultimately developing an acute likeness for him which in another world separated by time frames could have easily turned into love. At the same time there is unfolding parallel story of a young man, Auguste (Jean Pierre Lorit), about to become a judge and who lives right across the street from Valentine — but they never meet. As the story progresses, we realize that the events in Auguste’s life are quite similar to what occurred in Kern’s life several years ago. This parallelism between the story of old and young judge makes RED fascinating and transcendent, because time is, after all, relative to individual’s frame of reference. But when we imagine this idea a little more simplistically, Kieslowski is actually trying to say that there are people whom we meet in life that if only they were born in similar time frames as us so many things would be different. Who knows? Among the multitude of ideas circling around, there is an emotional core to the story and that’s relationship between Kern, the old retired judge and Valentine, the young beautiful student . The words ‘old’ and ‘young’ here are important because even though there is an age gap of at least 40 years between the characters, and romantic undertones are clearly visible, you might feel there is a strange sanctity in their relationship —she is that woman whom he did not meet and he is the the futuristic version of the man whom she would like to meet.  Kieślowski himself described the story, and particularly the “missed” relationship between Valentine and the judge, in ways that suggest that the world has a hidden design, albeit one prone to flaws. For him, the essential question the film asks is: “Is it possible to repair a mistake that was committed somewhere high above?”.

The above statement also leads me to believe that RED is quite apparently about the idea of a supreme authority controlling our fate in ways, which we may or may-not conceivably desire. In fact there are allegories in the film — even if only fleetingly so — suggesting  that supreme power to be the old judge himself. The reason why old judge sees Valentine’s ferry ticket before she sets out for England is never explained in the film. Neither is it explained why he turns himself in for eavesdropping. These are left for viewers to ponder upon. Though the acts of eavesdropping is suggestive of his desire to be omniscient –and hence even Godly — and to be able to decide fate of others just as he did when he was a judge, only with more control now. The conversation about Red shouldn’t end without talking about one of the integral aspects of the film: communication. The telling signs of the pitfalls of modernity in communication might not have been as evident then in early 90s as it is now, but it won’t be wrong to state that Kieslowski foresaw the future and that’s why Red is unbelievably relevant to our times. Telecommunication has become an inseparable part of our lives today, and while many are still debating whether it’s a boon or a bane to have a highly efficient but infringing medium to reach one another. Though undoubtedly, the ease of communication has marred the vast possibility of exploring the unknown and be surprised by it. And that’s precisely what we get to see in the film between Valentine and Kern. A bond forms between two complete strangers, who had nothing common between them except love for a dog, and in the process both of them get surprised and fascinated by each other’s world. On the other hand in spite of being in constant touch with her boyfriend on phone, Valentine finds the relationship disintegrating. Is it that with the advent of technology in communication we might be actually losing the spirit of fraternity ? Or are we losing the art of discovering each other through physical interpersonal communication.

The film’s aesthetics, with an effusive use of the color red and with shots of the same places deliberately taken with the camera in the same position, are not only exceptionally beautiful, but also done in a way so that the audience can consciously or otherwise, recognize the parallelism or connections between characters and the underlying themes. There are scenes which purposely resemble one another in the manner it has been shot, and the closest fraternal resemblance of all is probably the one between Valentine’s chewing gum poster and the final still shot of her being rescued, an image that suggests again that time is just a relative entity which has folded back on itself somehow, and that resemblances are more than just coincidences since it could very well be glimpses of things to come.

Finding herself in the midst of this abundance of rich ideas is actress Irene Jacob. I don’t remember falling in love with a character in any film as much as I did with Irene Jacob’s Valentine. Tender, vulnerable but at the same time resolutely strong, Valentine brims with luminous charm and dreamlike beauty. She breaks your heart in one scene while instilling a strange sense of liveliness in another.  Her moments of weakness are followed by her innate kindness and that is what makes Valentine seep into your heart unnoticeably as you root for her and eventually fall for her. With deeply empathetic eyes, somber demeanor, poignantly expressive face engulfed in an aura of melancholy, Valentine is one of the most enchantingly attractive characters to have ever graced the screen.

Experience a true masterpiece ‘Three Colors: Red’ to enrich and enlighten your mind. If nothing else, you will fall in love one more time; this time with a woman aptly named Valentine.