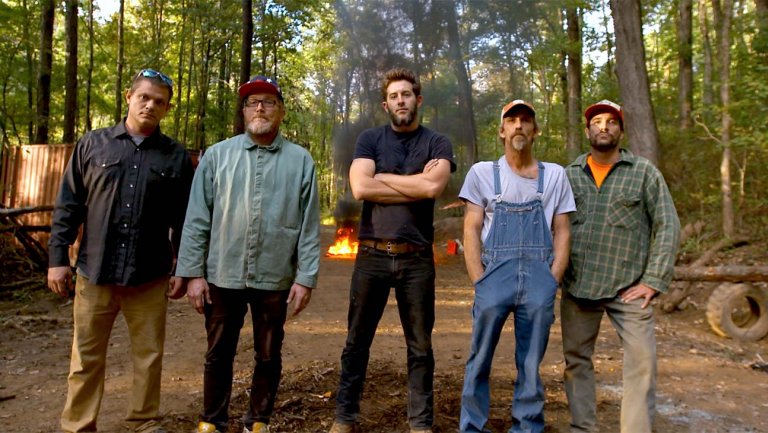 What is the first thought that crosses your mind when you imagine an impending natural disaster? With so many post-apocalyptic movies and TV shows going viral, you must have surely thought about it, once! Maybe, you think about your cellphone, your car, the Internet, WiFi, or social media channels, to communicate and ask for immediate help. But has it ever occurred to you that what would you do if these technologies are not within easy reach? Wouldn’t you be completely helpless? Well,  ‘Masters of Disaster‘, Discover Channel’s unique show, is about such scenarios.

Masters of Disaster Cast: Who is in it?

‘Masters of Disaster’ introduces us to Beau Boruff, who leads his crew of expert craftsmen as they “source, restore, and sell vintage objects that may be useful in any calamity.” Boruff is the owner of Survival Research Inc., located on the outskirts of Chattanooga in Tennessee. You can witness the genius at work by checking out his YouTube Channel, where he introduces himself as follows: ‘I will be, as always making videos that “truly explain” “how things work”. I will be touring a number of vehicle types from boats to large diesel engines, we will walk through all sorts of cool machines from your average gasoline sedan to high-performance wood chippers and garbage trucks. Stay tuned for all sorts of exciting modes of transport! If you have questions let me know’.

Masters of Disaster Plot: What is it about?

In ‘Masters of Disaster’, a team of talented and adept mechanical artists creates new stuff from old, discarded antiques. Interestingly, these revamped devices can help you survive if you ever have to face doomsday head-on. The primary idea behind the show is that most of the gadgets which we rely on may not work during calamities such as a severe flood, nuclear catastrophe, hurricane, or earthquake. In any of such cases, if there is a power outage or Internet disconnection, there are high chances of modern technology becoming non-functional. Therefore, researchers, survivalists, and preppers bring together native technology which might prove useful in these emergency scenarios. In fact, although the modern devices we use today may have transformed our lives for the better, most of them are not designed for survival situations. Only robust, durable, and hardy vintage tech is reliable and easy to repair, thereby, proving to be useful during disasters.

To give you a gist, here are some of the scenarios that the show deals with. Let’s say in an apocalyptic situation, if gas stations are adversely affected, fuel might become extremely rare, not to say, extraordinarily expensive. However, the team designs an old-fashioned whiskey still, that can create ethanol, which can be used to power most modern gasoline engines. Other items revamped in the series include an OC-6 Crawler Tractor from the 1950s, capable of climbing any terrain; a 1920s well-drilling rig that provides a continuous supply of fresh water; and a 1880s-manufactured Velocipede railroad handcar which can aid in transportation if roadways are clogged.

Masters of Disaster Season 2 Release Date: When will it premiere?

‘Masters of Disaster’ season 1 premiered on Discovery on Friday, May 3, 2019. Season 1 of the series comprised of six episodes. Discovery Channel has been known to always create the best-in-class non-fiction programs that not only educate its subscribers but also entertain them. And this latest series is no less — with its compelling and unique concept. You will be thankful if an apocalypse actually happens and you are there, all prepared and equipped, after gathering the required know-how from this program.

As far as the next season goes, we don’t have an official announcement yet. Another season, of course, depends on the response from viewers. Though considering the uniqueness of the show, we would be surprised if it doesn’t get another season. Our best guess is that if the show does get renewed, ‘Masters of Disaster’ season 2 can release sometime in May, 2020. We will update this section as soon as we hear more.

Currently, Discovery has not released any official trailer for the show yet. We guess you just need to go and check out the actual show in order to understand what it is all about! You can also head over to Discovery’s official home page to know more about the show.