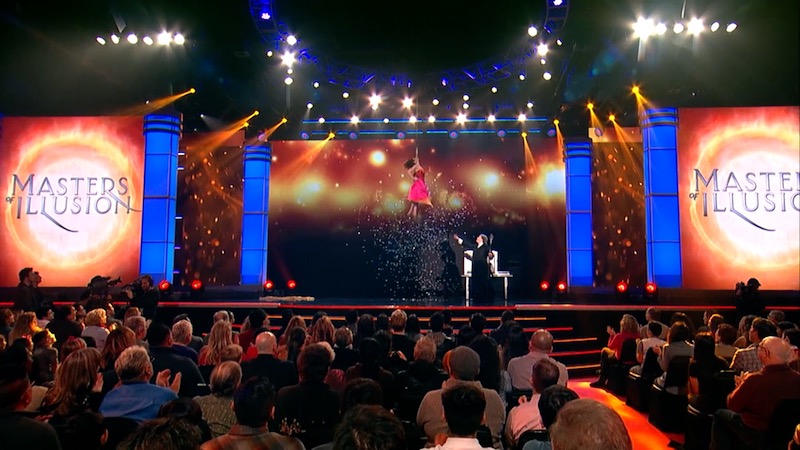 Magic is a form of entertainment that has been impressing people for several years. Furthermore, the art form has also embraced various shifts in the media landscape, including the popularity of television. There have been countless magic television shows: some of them are competitions and taped live events, while others are reality shows where magicians enthrall random pedestrians with their tricks. The CW’s ‘Masters of Illusion’ is a show that falls in the former category.

Each episode of ‘Masters of Illusion’ sees multiple featured magicians perform their top magic tricks in front of a live studio audience. Dean Cain hosts the show on The CW. Cain is best known for playing Superman on ‘Lois & Clark: The New Adventures of Superman.’ Moreover, he is also known for hosting ‘Ripley’s Believe it or Not!’

Where is Masters of Illusion Filmed?

As mentioned earlier, ‘Masters of Illusion’ is filmed in front of a live studio audience. Owing to the format of the show, it takes place entirely on a set. Moreover, this stage is as magical as the show. It is vibrant, colorful, and spectacular. Hence, it is natural for viewers to wonder where the show has been filmed. Where is the set located?

‘Masters of Illusion’ is mostly filmed in California. However, there have been two facilities where the show has been taped over the years. According to IMDb, filming for the show takes place in Red Studios on 846, N. Cahuenga Boulevard in Los Angeles. The production facility has five state-of-the-art soundstages ranging from 5,600 sq. ft to 25, 500 sq. ft.

Have a look at the following casting call. It proves how filming takes place in Red Studios:

Apart from that, an Instagram user posted the following image from the tapping. One can see how awe-inducing the special effects of the show can get. The post after that shows a behind-the-scenes look at the taping:

Having a great time filming for next season of Masters of Illusion.

The set is certainly extremely colorful and magical. However, as mentioned earlier, ‘Masters of Illusion’ has also been filmed in another production facility. This is Delfino Studios on 12501 Gladstone Ave #5323 in Sylmar, California. Opened in the 1970s, the production facility is home to three soundstages ranging from 9,000 square feet to 17, 200 square feet.

The fact that the The CW show is filmed at Delfino Studios is confirmed by the following post that a user on Instagram submitted. Have a look. It shows how the same, vibrant set that can be seen above is recreated at another venue:

The post attached blow also proves the fact that the show has been filmed at Delfino Studios:

Taping for season 6 of Masters of Illusion today! Recording pieces from the Vegas run, oldies that I've dusted off, and even brand spanking new routines! I can't wait for you all to see them this summer…

However, apart from the tapings at the locations mentioned above, ‘Masters of Illusion’ also hosts multiple live events across the country from Florida to New York to Pennsylvania. Moreover, live events are also held in Canada.