Matt Ranaudo: Everything We Know 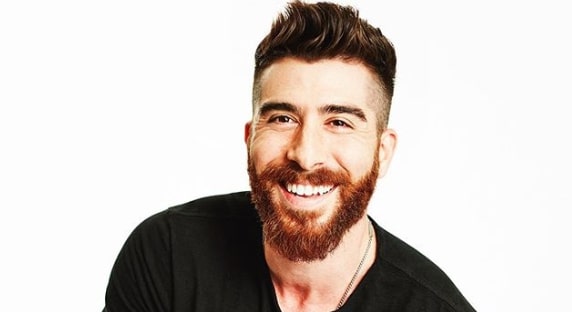 Matt is one of the cast members of ‘The Bachelor: Listen To Your Heart’. While some of the 23 single musicians featuring on the spin-off show have already formed connections, contestants like Matt have surely had a rocky start. Confused and apparently not knowing how reality TV works, Matt messed up big time! Fans were disappointed and skeptical when he claimed to have not recognized Chris Harrison as well. It is open to interpretation whether he is on the show to actually find love or get his music career highlighted.

Belonging to Encino, California, a 32-year-old singer and songwriter, Matt, moved to Los Angeles to pursue his music career. He got inspired by his father, who was a musician too and toured the country on his musical journey. Matt started playing music at the young age of three. He and his brother, who can give the Hemsworth Brothers a run for their money, co-lead a band called ‘Brother Stone & The Getdown’. Matt also writes music for various TV shows, commercials, and other artists as well.

His main focus lies in the genre of neo-soul. Neo-soul is a popular yet unique form of music that has been said to emerge from soul and contemporary R&B. Matt’s Instagram feed, too, shows off his music recordings, band photoshoots, and his pet dog Wendy. He seems to be extremely close to his brother, and it is evident that his career-oriented attitude has left him behind in his love life. Along with his career, it seems like his commitment issues might have also been the reason for bad luck in love. He confesses that the longest relationship he has ever had has been with his 7-year-long beard only. He is looking for a down-to-earth girl who he can share his life and dreams with.

We had a great time at namm! Big thanks to @gibsonguitar for having us! Keep an eye out for our acoustic performance on Gibson TV and clips of us on the main stage as well! • • • • #gibson #acoustic #acousticguitar #namm2020 #namm #live #liveperformance #gibsontv

Matt Ranaudo Prediction: How Far Will He Go?

Matt’s first week on the show was nothing less than dramatic. He formed a connection with Rudi and they experienced an instantaneous click. Things were going well until they took a dip in the hot tub and Matt tried to kiss Rudi. Afraid that things were going too fast for her, Rudi rejected his advances. Matt was confused about her interest in him. He wanted to make sure that he gets a rose. So when a date card came for him, he invited Mel instead.

It was a strange choice as Mel already had an equation with Gabe. The duo attended a private concert by Plain White T’s. The awkward date didn’t do much good. Matt’s efforts to reconcile with Rudi failed as well. He was neither given a rose by Rudi nor Mel. He was saved by Cheyenne at the last minute. Matt is definitely lost, confused, and in for a bumpy ride. It might be difficult for him to last till the finale.

Thanks for everyone tuning into the show last night! And thank you so much to the @plainwhitets for the amazing private concert! They are incredible musicians and all around great guys! Thank you! Watch The Bachelor Presents: #ListenToYourHeart Monday’s at 8|7c on ABC. @listentoyourheartabc @bachelorabc @bachelornation #bachelor #bachelornation #listentoyourheart #newshow #watch #musician #music #abc #tunein